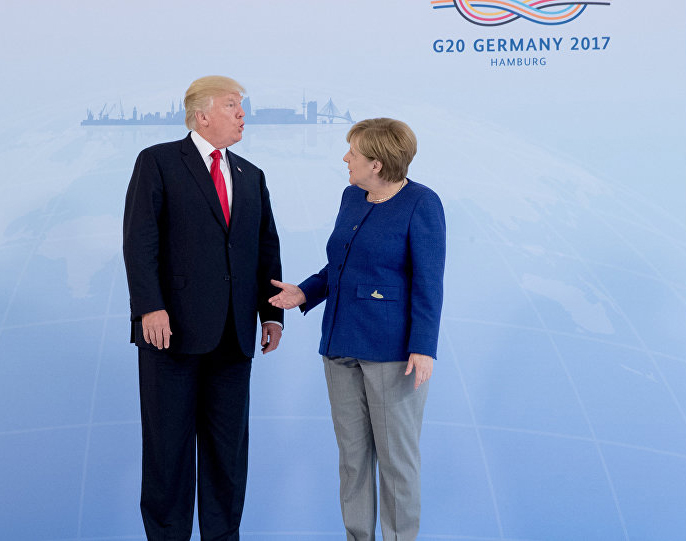 President Trump’s charges that the United States has signed terrible trade deals in recent decades, and that foreign economies have been the main beneficiaries, inevitably have triggered a potentially useful debate over which major countries are most open to trade and which are tightly closed. Unfortunately, such arguments won’t actually be useful until “open” and “closed” are properly defined, and a new Financial Times column on Germany’s economic policies nicely illustrates how remote that goal remains.

I’ve previously made the case that accurately measuring protectionism – and thus accurately gauging which countries are contributing adequately to global prosperity and which are free-riding – entails much more than adding up individual trade barriers. Such simple counts also mislead on the equally important question of which countries the United States can reasonably hope to trade with for mutual benefit, and which countries can’t possibly qualify.

And because Germany’s government has both taken trade fire from Mr. Trump and vigorously replied, I’ve used it to illustrate the above points. In a short op-ed for USA Today and a much more detailed RealityChek post, I’ve noted that, as with many other leading foreign economies, the main problem with Germany as a promising trade partner stems at least as much from its overall national economic strategy as from its specific trade practices. That is, countries like Germany, which heavily emphasize growing by saving, producing, and exporting, can’t possibly be good trade matches for countries like the United States, whose priorities have been the diametric opposites.

Of course, those national economic strategies manifest themselves in specific practices and policies. (How else could their focus be established?) But the links to trade flows aren’t always clear. For example, there’s widespread reluctance to acknowledge the trade impact of value-added taxes (VATs), which promote exports and penalize imports. The role played by other German policies, like suppressing wages or skimping on infrastructure spending, has been even less apparent.

What the new Financial Times post adds to the mix is a generally neglected form of wage suppression: Germany’s taxes on low-wage workers – which author Matthew C. Klein describes as “among the highest in the world” since at least the turn of the century.

These taxes inflict an outsized blow on Germany’s imports – and on the the world economy as a whole – in at least two important respects. First, economists tend to agree that the lower an individual’s or household’s income, the higher the share of that income will be spent (as opposed to saved). If they’re right, then these taxes ave been hitting Germany’s overall consumption and import levels especially hard. Therefore, these levies look like notable contributors to the bloated German trade and current account surpluses that are not only detrimental to America, but that could threaten the entire world’s financial stability.

Second, as supporters of pre-Trump U.S. trade policies constantly point out, much of what low-income consumers buy is produced and exported by low-income countries (e.g., apparel or school supplies or furniture). So since high taxes on low-wage workers in Germany prevent them from importing as much from the developing world as they could, third world countries need to focus more on customers in more promising markets – like America’s.

Germany and its leader Angela Merkel lately have been basking in the glow of praise from the political classes in the United States and abroad, which have anointed them as among the new, post-Trump champions of free trade and all its purported benefits. (China’s another alleged globalization champion, but that’s another story.) Its lofty taxes on low-wage workers add to the evidence that these accolades are wildly premature.