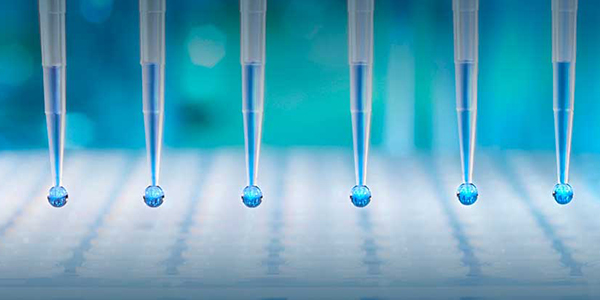 “Turn on a light. Fill the gas tank in your car. Order fried onion rings for lunch. You probably cannot go through a day without being impacted by one of our valves.” So states Paul Petrignani, vice president of marketing for ASCO, a worldwide leader in designing and manufacturing solenoid valves.

Petrignani explains, “Either you are using products manufactured with a process that uses our valves, or you are in a place where our valves control something around you.” As examples of ASCO’s ubiquitous presence, Petrignani cites the valves in power plants; on gas station tanks; inside heating systems in offices, schools, factories and malls; in the frying equipment and dishwashers in restaurants; and in beer taps at pubs.

Founded in 1888 in New York City as a company that developed and manufactured switching controls for elevators, ASCO eventually divided into two companies: ASCO Valve, Inc., and ASCO Power Technologies. Both companies became leaders in their fields and, in 1985, became part of Emerson Electric Company, a major U.S. conglomerate. Now known simply as ASCO, the two businesses are headquartered in Florham Park, N.J.

The ASCO valve business has achieved and maintained its top industry position by excelling in the technology that produces an astounding array of products – about 2,000 standard valves and more than 30,000 specialized valves in a range of shapes, sizes and capabilities. Petrignani says that 25 percent to 30 percent of its products are customized, created mostly for OEM manufacturers.

The company’s best-selling brand is the ASCO® Red-Hat® Solenoid Valve – not surprisingly, considering that in 1910 the company’s engineers developed an electrically operated device for controlling the flow of substances – the first solenoid valve. That electromechanical component has remained the core of the business as ASCO continues to build on a tradition of technical innovation and product development. Now, 90 years later, ASCO offers the world’s largest selection of standard two-, three- and four-way valves, and Red-Hat® products are available in brass, stainless steel, plastic and aluminum.

Whether it is a microminiature solenoid valve that keeps saline flowing during ophthalmic microsurgery or a huge valve in a refinery that regulates the flow of oil, ASCO innovation and technological expertise are built in.

Every ASCO valve is the result of a quality-driven process. It begins with the product design and development group, goes through the industry’s first computer-integrated engineering center and then moves into high-tech assembly and testing laboratories. Only after a valve prototype meets performance benchmarks in the laboratory is it sent to the customer for simulations and evaluations. The final refinements are then completed at ASCO’s pilot plant. Here, engineers conduct additional performance and quality testing, ensuring that every ASCO valve is made right the first time.

The company’s well-honed development process can take a customer’s unique flow-control needs from problem to prototype in a matter of weeks. ASCO summarizes the process in this statement: “Whatever you can imagine, ASCO can build.” Providing the right valve for the job has resulted in quality products and customization capabilities that are unmatched in the industry. The major product lines are:

According to Petrignani, “ASCO has been around for more than a hundred years. We have a history of developing innovative solutions for our customers. It’s our legacy, and it is the foundation that will fuel our growth in the 21st century.”

He continues, “More technology will be incorporated into solenoid valves so they can communicate on the local level. The benefit to the customer is that the more capable a valve is at communicating, the better the impact on costs. The information communicated can be the number of cycles, temperature, pressure and diagnostic data that has an impact on preventive maintenance, which is a money-saver.”

Petrignani says the company will use its expertise to grow ASCO’s business in three ways: by enhancing the product line to further penetrate markets in which the company has a presence; by being aware of and responding to emerging markets; and by maintaining ASCO’s reputation for technical leadership.

Building on the concept that customers come to ASCO for solutions to their specific fluid-control needs, the company approaches each project as a unique challenge. Taking the project “from innovation to realization” is an objective that is backed by an impressive organization. Worldwide, ASCO has manufacturing facilities, sales offices and distributors in more than 40 countries.

Petrignani describes the results of their efforts: “ASCO employees take great pride in meeting our customers’ needs. Our quality is never questioned. And we are truly a worldwide company. We are established around the world with more than 2,100 points of sales and service in place, so a customer can get action on an ASCO product.”

Although Petrignani describes the presence of ASCO valves as ubiquitous but not always obvious, evidence of the company’s notable presence can be quite visible. Anyone who has been terrified by the shark in the movie “Jaws,” amazed by the special effects on the floats in Macy’s Thanksgiving Day Parade, swept up in the magic of moving displays at Disney World or awestruck by the magnificent fountains in front of a Las Vegas hotel on New Year’s Eve has seen the versatility, precision and reliability of ASCO valves.

On the subject of those fountains, Petrignani recalls watching the millennium display on television: “We actually had people in scuba gear working under the water to get the valves on those fountains in place. Yes, that’s how far ASCO will go to get it right for the customer.” And, he might have added, for all the world to see.