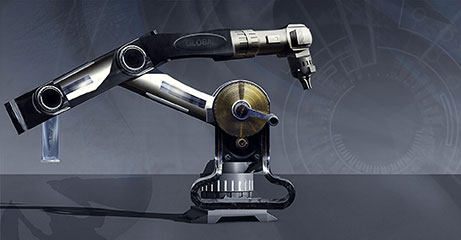 The benefits of small industrial robots.

Industrial robots have always been big. They take up a lot of space in the organization and cost much in purchasing and in regular maintenance.

Due to these challenges, many manufacturers have decided that it is better to use smaller robots to automate their factories.

Here are some of the benefits that manufacturers gain from the use of smaller robots.

Small industrial robots do not cost as much as the larger traditional robots. In fact, their acquisition price is a small fraction of the price of the traditional robots. Consequently, their popularity has grown and are creating a major new robot industry for themselves.

In fact, business surveys from highly reputable firms have shown that by 2021, small industrial robots especially collaborative robots will control the robot industry.

Besides outright purchasing, factories can easily hire collaborative robots for their production processes by the hour from manufacturers or their representatives.

Perform numerous tasks in the factory

Unlike the traditional robots, small industrial robot can capably perform numerous tasks within the factory.

For this to happen, all that is required are the necessary external accessories that enable the robots to perform different functions.

One small robot will enable a company to automate as many of the problem areas that they are facing in their production processes.

Traditional robots could not be operated by just anyone. In fact, factory employees had to be kept away from the robots. They were out of bounds for majority of the employees. Specialized robot engineers were the only ones allowed near them, leave alone their operation.

With the contemporary small robots, now, factories need not worry about paying a specialized robot programmer. To operate these robots, all that is required is for the factory to select a worker or a group of workers to undergo training on robot handling and operations.

The training is short and allows the trained workers to become specialist robot programmers in a matter of hours.

The fact that it is easy to learn how to use small industrial robots also alludes to the fact that, the robots themselves are easy to use.

Programming these robots is easy as they have an interface similar to a smartphone. Further, they can learn how to perform various tasks in different ways. First, the robot operators can program the instructions of how to carry out a task.

Second, they can teach it manually. This entails holding the robot’s arm and taking it through the motions of how to perform a task. And, finally, the robot can teach itself through access to the internet.

They are smart robots

This capability also allows the robots to communicate with their operators via text or email. In case they encounter a problem, they can quickly communicate to the operators. With access to the internet, the operators can also rectify the identified problems remotely.

Once you acquire this robot, you can be assured that your production process will rarely ever stop. As you can see, it does not need to stop for any mechanical problem to be solved. Neither does it have to stop or breakdown when a problem is identified. It can quickly diagnose itself and send reports where it deviates from the standard of operation.

With the proper care on the robot, you can be sure that you will never have a breakdown.

Small industrial robots offer numerous benefits to factories that decide to invest in them. With careful use, you can be sure that you will never need to buy any other robot or call the manufacturer for spare parts which will cause a delay in your production process.