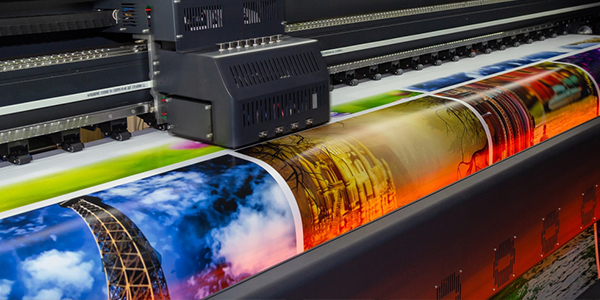 Ramallo Brothers Printing, Inc. has positioned itself as a force in the Puerto Rican printing industry, creating a one-stop shop that caters to the overall needs of its customers. Established in 1966, the company has become the largest printer in Puerto Pico and dominates the Caribbean printing industry. Sales in the family owned business have topped $49 million annually. Since its beginnings, the company has strived to integrate printing operactions to service the comprehensive needs of customers, which include Bed, Bath & Beyond, Home Depot, JC Penney, Macy’s, Radio Shack, Sears, Verizon, Walgreens, as well as local furniture and supermarket chains.

From Cuba to NYC
The family’s story began long ago in Cuba when brothers Esteban, Manolo, Román, Anselmo and Mario and their five other siblings became orphans. The boys were taken in by a hospice, and it was in its graphic arts school that they first learned the trade that would dominate their lives. From there, they bought their own shops and expanded.

When Fidel Castro took power in 1959, industries, including printing, were nationalized. The brothers were left with nothing and had to escape the country. They moved to Union City, N.J. and worked in various jobs to raise the money to begin anew. They soon bought a local print shop and after its success opened the doors to a second shop in New York City.
In 1965, Esteban and his oldest son, Angel, moved to San Juan. At the same time, the newspaper there, El Mundo, was in the process of switching to a paper tape linotype and needed a skilled Spanish speaking trainer to bring its operators up to speed. It was one night during this time that Esteban hired a cab and took a ride around San Juan’s metro area, recounts Esteban’s grandson, Alberto Ramallo, who is the vice president of operations. When he returned to his hotel, he called his brothers and told them he had not seen any printing shops in the area. “”Pack your stuff, and let’s do it again,’ is what he told them,” said Alberto. This was the third time around. Shortly there-after the Ramallos sold their U.S. shops and the entire family moved to Puerto Rico. They were left with $300 but were able to get a $35,000 loan and buy a bankrupt printing company in San Juan. “And that is how we started,” said Alberto.

The family has worked since the company’s inception to acquire a wide range of units that would allow them to meet broad-based customer needs from warehousing of office supplies and printed matter to printing of catalogues and brochures. Not just a commercial printer anymore, the company offers a full marketing program as well. CFM Document Technology, for instance, has a database of over one million deliverable residence addresses to meet direct mail and variable printing needs.

“The idea is a business solution that can address the total needs of a company,” said Alberto, which means the group can provide one-stop shopping to its clients. All services are performed in house and nothing is subcontracted out. To facilitate this, three years ago, the Ramallos decided to house all the companies under one 400,000-square-foot building. The plant is also self-sustaining with its own water and power supplies to ensure its service and delivery even during hurricane season.

“Down here people don’t want to have to worry about talking to 10 different people to get a job done,” said Alberto. “The one-stop-shop philosophy is that you give us something, and we are fully responsible for quality and deadlines. No excuses allowed. We have created our name because of that.”

Ahead of the Curve
The Ramallo family has been ahead of the pack in bringing in the technology that will allow them to meet all of their customers needs in house, without outsourcing to other Puerto Rican or U.S. companies.

In 1984, Angel, President and CEO of Ramallo Bros. Printing Inc., brought the first color separation scanner to the island. Previously, clients had to send their transparencies to the mainland U.S. to get a color separation, explained Angel’s sister, Ingrid, who is the company’s head of marketing. “Basically, we did not want to have to depend on someone else,” she said.

The advanced technology enabled the Ramallos to provide better products with shorter lead times at competitive costs, which is really what has given the Ramallos the edge over their competitors, Alberto added. “With all of these services here, we can respond fast to customer needs.”

The company started really growing when it added on the commercial web press, which enabled it to take on more volume. Sales have risen to $49 million from the $11 million at the time the press was purchased. The company now boasts state-of-the-art Creo CTP Solutions, in addition to a Creo Platesetter 3244-F and Trendsetter 3244-F, added in 1994 and 1997, respectively. In 1999, the company added a duplex Heidelberg M1000 BE press, with the ability to print 60,000 copies per line for a total of 120,000 impressions per hour.

The company has also implemented closed-loop color technology, which automatically adjusts color densities to maintain consistency through a press run, making it more cost efficient. Stochastic screening technology – a next-generation technology offered by Ramallo – provides better resolution. On the bindery side, the company’s newest acquisition is the Muller Martini Corona C12 bindery system, which allows more speed and thus an increase in the daily throughput or pages.

Hitting it Big
Last summer, Ramallo Brothers Printing hit it big, landing a 14-year contract with Verizon Information Services to print its directories for Puerto Rico. Verizon had formerly printed these directories on the U.S. mainland. To Ramallo Brothers, the contract is worth about $90 million, and is one example of what this company can take on now that it keeps all work in house. Verizon will be able to save over $5.6 million in storage by using Ramallo Brothers’ facilities and for the first time in history, all phone directories are printed four color process heat set. It was also able to gain a 10 percent tax credit by using local
manufacturers. In addition, because of Ramallo’s new Muller Martini Corona C12 bindery system, the company has realized timesavings and efficiencies. “To get an idea of what this has meant to Verizon Information Services is that for the first time in history they are able to have their final product a month ahead of time,” said Ingrid.

“Because of this account we have been able to acquire new presses and bindery equipment to enable us to deliver this product,” she added. “What is most important is that it is being printed here in Puerto Rico and not imported. This is essential in the reduction of unemployment rates and the strengthening of the economy of Puerto Rico.”