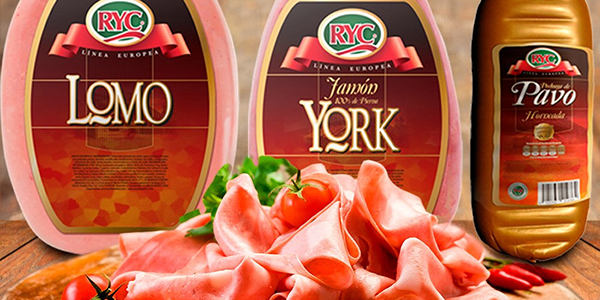 The meat manufacturing industry is a competitive trade in which only companies that strive for quality and innovation can succeed. Such is the case of RYC Alimentos S.A. de C.V., a Mexican company that operates a TIF-approved (Federal Inspected) meat preparation plant dedicated to supplying the final consumer and the added-value ready meals market with specialty beef, pork, lamb and poultry cuts.

Product and marketing innovation have been the keys to continued growth in response to the trends of the industry. Concentration of multinational integrated corporations in the unprocessed meat distribution, and the luncheon meats and sausage segment presently cover 80 percent of the Mexican market, making it difficult for new companies to enter this segment’s arena.

For these reasons, RYC Alimentos focused on technological innovation, groundbreaking marketing strategies, and development of non-traditional products stimulating the final consumer market with food that offers easy preparation, convenience and original recipes within the Mexican tradition. Sales volume in the order of $90 million annually has proven this strategy right.

To guarantee the quality of all its products, RYC Alimentos attained its ISO-9001:2000 certification in 2003, as prescribed by its Quality Assurance policies, to ensure that the organization follows the quality standards embraced by the company’s mission statement.

BEGINNINGS
Under the direction of two of the founder’s sons, the company has become an institutionalized family business. One holds a biochemical engineer degree from the Monterrey Technological Institute and a Master’s in Meat Science from the University of Wisconsin. The other holds an agronomical engineer degree also from Monterrey. In time, four younger brothers became part of the family business, giving the organization a strong committed continuity and the ability to make fast decisions.

Since the founder started a hog farming enterprise in 1970, the children were encouraged to participate by buying some animals with their own savings.

This sense of ownership and responsibility became the natural stimulus that allowed two of the brothers to found RYC Alimentos in 1983.

Beginnings were hard because of the innovative ideas that the young men tried to launch in a traditional market used to unprocessed meats. During the first 10 years, the company operated in a rented warehouse in downtown Puebla. In 1993, the company built a new plant in the industrial area of the city, close to main roads connecting Mexico City and the country’s southeast region.

In the new facilities, constructed under the international meat processing plant standards and TIF certification, the brothers launched the vacuum-packed fresh pork meats for the first time in the Mexican market. Supermarket chains and consumers rapidly welcomed the idea.

In 2000, RYC Alimentos incorporated a new packing technology called modified atmosphere packing, also known as MAP. This type of packing extends the shelf life of fresh and minimally processed produce without using chemicals. The MAP technology is ideal for long distance transportation. As a selling strategy, the company was looking to facilitate the supermarket’s daily job of cutting and bagging the meat. RYC Alimentos implemented the “case ready” concept, which brings the pre-packed trays to the store avoiding the waste and loss of the supermarket’s in-house processing.

A new line of products called PractiRyco® was introduced by the company in 2003. PractiRyco® is a marinated and seasoned meat product offered to the consumer either ready to be cooked or totally cooked. To come up with new recipes that fit the Mexican market taste, RYC Alimentos hired professional chefs to be part of its new products development team.

In addition to the novelty product, the company developed a unique marketing strategy that made headways in the supermarkets. RYC Alimentos installed a refrigerated aisle on the store’s sales floor, and now services the aisle without any participation of supermarket personnel other than the actual sale of the product. The company’s representatives stock, supervise and remove the foodstuffs after expiration date guaranteeing the constant freshness and quality of the goods. The supermarket also benefits because it only buys PractiRyco® products that are already sold. As an additional service to this marketing strategy, PractiRyco® dishes can be tasted at the store location.

Currently, RYC Alimentos does business with the most important Mexican supermarket chains. It has placed almost 100 refrigerated aisles at same number of stores in main central cities in Mexico.

The heart of the company’s business philosophy is partnership, which has enabled RYC Alimentos to take care of all tasks related to the marketing and selling of its products and the ability to supply its customers on a regular basis, thus avoiding the need for them to maintain large inventories. Through the RYC Tu Carnicería concept, the company develops its franchise system looking for partners willing to co-invest capital in new market areas.

TRACEABLE PRODUCTS
The company’s farming establishment is also located in the state of Puebla, where an agro-industrial complex is sited on a 60-hectare property. The farm specializes in pork raising, while also raising lambs and other animals. RYC Alimentos also has its own livestock balanced food manufacturing company.

The farm’s growth goal is to reach a permanent inventory of 25,000 animals. Artificial insemination and a balanced diet based on sorghum and soy products supplemented with minerals, vitamins and amino acids has aided in the development of healthy, lean animals.
Knowledge of how animals are handled is vitally important, as customers require information on the source of all raw materials. They also have to be assured that their providers require the same level of thoroughness at all stages of development and dispensation of products. RYC Alimentos’ genetic and feeding control is managed by one of the brothers and partner, who is a veterinarian.

When the animal carcasses and raw materials arrive to the industrial plant in Puebla, they go through the processes of cutting up, seasoning, cooking and smoking, and later packing, storing and refrigeration. RYC Alimentos has a production of 2,200 tons of meat products per month.

From this location, a fleet of over 60 company-owned vehicles distributes the products to the regional stores, which in many cases act as distribution centers themselves.
The industrial plant covers 50 percent of a 140,000-square-foot property. The franchise store’s building surface is approximately 27,000 square feet. RYC Alimentos has a permanent staff of over 1,000 employees.

NEW GOALS
RYC Alimentos is financially strong and in a position to provide long-term commitment to customers who seek to develop a commercial relationship in the meat industry. Led by six brothers, the strong management structure has grown economically and financially with its own resources and bank financing so far.

Although RYC Alimentos focuses its marketing strategy on the Mexican domestic market up to now, its vision goes beyond national boundaries. The NAFTA agreement opened new possibilities to the introduction of meat products to the United States Hispanic markets. The company will soon be introducing its products to a market that will certainly appreciate the quality, care and traditional flavors that RYC Alimentos has to offer.