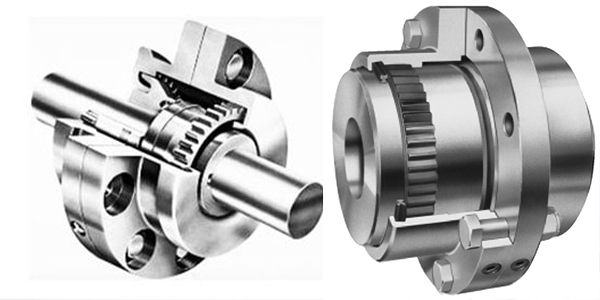 Companies can distinguish themselves in several ways, among these: manufacturing a superior product and offering top-level customer service. KOP-FLEX®, a pioneer in the coupling industry that offers customers the broadest range of couplings available, including high performance and high-speed couplings, does both, but takes its mission above and beyond the call of duty. “What do we do best?” returns President Gary Koch. “We help our customers get out of trouble.”

In the current business vernacular, this means finding a total solution. Kop-Flex truly offers a one-stop solution for all coupling and universal joint products and services to customers that have high expectations of their suppliers. Consider: A power plant operation that had not been a customer of KOP-FLEX’s found out about the company’s troubleshooting prowess and called about a problem with a diaphragm coupling failure. KOP-FLEX’s engineers were flown out at a moment’s notice and found the coupling was vibrating. But the investigation did not end there. The engineers also discovered a problem with the entire system and advised on how to fix it. The solution was reached within a short period of time.

Vice President of Marketing Parthiv Amin recalls a second instance in which a steel facility in the Philippines suffered the breakdown of a six-foot-diameter coupling, a piece that is not readily stocked by many suppliers. “When a steel mill goes down, it can cost $100,000 an hour or more,” says Amin. Thankfully for this operation, KOP-FLEX had the coupling in stock and had it delivered to the plant in three days. “Otherwise, it would have been 18 weeks to manufacture and ship,” he says.

“If a customer calls on Friday and is down we’ll work 24 hours a day getting the product manufactured from scratch,” adds Koch. “We’ll work over the weekend to get the job done, because downtime can be costly.”

Almost two-thirds of the company’s business now comprises design-to-order products. The steel industry is KOP-FLEX’s largest market segment; followed by turbo-machinery for refineries, oil and gas, petro-chemical and power generation, which is the fastest growing segment. A smaller slice of the pie is made up of products for pulp and paper, general-purpose pumps, mining, marine and general industry.

A leader since the early years
And it’s no wonder KOP-FLEX maintains a commanding presence in these markets, considering its heritage as a leader in the manufacture of couplings. This history dates to 1920 when a company called Bartlett-Hayward bought the rights to manufacture and market the first gear coupling invented, called FAST’s. In 1926 another business, Koppers, bought out Bartlett-Hayward. From 1926 to 1986 the business was a component of Koppers’ range of industries. In 1986 Koppers sold this division, which then was bought by management in a leveraged buy out, whereupon the name was changed to KOP-FLEX. Industrial giant Emerson came into the picture in 1996 and placed KOP-FLEX into its Emerson Power Transmission division where KOP-FLEX operates side-by-side with companies such as Browning, Morse, SealMaster, Rollway and McGill – combined, these businesses produce couplings, gearing, bearings and components.

From 1920 to 1986, KOP-FLEX served primarily the steel industry, pulp and paper, mining and general industry and didn’t become involved in the manufacture of high-speed couplings for turbo-machinery until 1986. Technically sophisticated and large products are manufactured in the company’s Baltimore, Md., facility; the Rexdale, Ontario, plant serves the steel industry. A Maysville, Ken., plant produces intermediate-size couplings; and small couplings are made in Guadalajara, Mexico. Manufacturing more than 14 different styles encompassing more than 3,000 SKUs in a total 250,000 square feet of space, KOP-FLEX can boast the broadest and most comprehensive product range in the industry.

Trend leaders
The company that recognizes that its customers need solutions has been ahead of an industry-wide trend demanding more than just product. Explains Amin, “We find that the customer is looking for solutions instead of just receiving a product. We deliver that because we have the largest and most experienced technical staff and the resources to respond quickly.” Responding quickly was at the heart of a recent decision to open a plant in Slovakia, in response to another trend: the flight of OEMs overseas to compete on a global scale.

KOP-FLEX also delivers its message in other ways. Through the Emerson Power Transmission Web site, www.emerson-ept.com, as well as on its own site, www.kop-flex.com, customers can access the complete line of products as well as check inventory, order status and place orders. Point to Point (P2P) is another seamless ecommerce tool available to certain authorized distributor customers. Explains Koch, “Our underlying philosophy is to serve the customer; when we think of the customer we think of how we can solve their problems.”

On the KOP-FLEX and EPT Web sites, customers also have access to a full-range of the company’s literature, product selection programs, technical articles, including the KOP-FLEX product catalogues, all of which are widely used inspecifying couplings for a broad range of industrial applications. One of the catalogs features KOP-FLEX’s standard couplings, including the FAST’S gear coupling, an industry standard for over 80 years for its misalignment capabilities and long service.

New products a key to growth The company is consistently developing and introducing new products. Among its newest offerings is the patented CGG™ ground gear technology for steel mill applications and the patented POWERLIGN torque measurement device designed to measure output power, torque, speed and temperature through monitoring of the coupling.

The principal behind the POWERLIGN system is to measure torque deflection on the coupling spacer via sensors. The coupling spacer integrates two sets of intermeshed pick-up (gear) teeth, each attached to the ends of the spacer. Two sensors are located over the pick-up teeth, at 180 degrees to each other, near the rotating coupling. The POWERLIGN is effective for turbomachinery applications ranging from pipeline and offshore platform to petrochemical plants, as well as many others. On the Web site, customers can access POWERLIGN literature, a full-color brochure outlining product benefits.

Other KOP-FLEX products include:
• Diaphragm couplings: KOP-FLEX® has innovated an extremely reliable, maintenance free, diaphragm coupling with over 10 million hours of operation. This patented design has eliminated the failure mode and reliability issues of the welded design currently available in the market. The entire design was conceived from the state-of-the-art finite element analysis (FEA) and computer-aided manufacturing. All couplings are custom designed to meet the specific requirement of the application and OEM – engineered-drive solutions as well as meet API 671.
• High performance gear couplings: KOP-FLEX® revolutionized the industry in the early 1950s by pioneering a high performance gear coupling for turbomachinery. Although the vast majority of new applications are for high-performance disc or diaphragm couplings, gear couplings are still the workhorses in hundreds of applications throughout the world. A majority of these installations in gas turbine load and accessory drive applications feature KOP-FLEX. The gear coupling, with its continuous oil lubrication method, if properly maintained, has tremendous torque capacity in a given diameter compared to non-lubricated-type high performance couplings.
* Standard disc couplings: KOP-FLEX® offers the broadest and most robust line with its scalloped disc design for reduced bending load. The Kop-Flex standard line of disc couplings, called the KD series, is an offshoot of its industry leading high-speed disc coupling line. The KD line is used in various paper mill, petrochemical, refinery and other general-purpose pump and HVAC applications.
• Engineered-to-order large size couplings: KOP-FLEX® offers Max-C WB and CB as well as the off-the-shelf Max-C K2 torsionally resilient damping couplings. MAX-C couplings provide dampening with high dampening urethane, SBR, rubber blocks and other materials loaded in compression with round or wedge shaped blocks.

Lean and mean Serving the OEM, end-user and distributor, KOP-FLEX was the first coupling manufacturer in North America to be ISO-9000 certified, and now is certified to the 9000-2000 standard. A continual investment in its operations – including a recent $1 million capital acquisition of a lathe with live tooling – coupled with a Lean philosophy, keeps its 400 employees true to the company’s overall mission of providing superior customer service.

“Part of Emerson’s philosophy is to have all plants Lean, to reduce waste from the office to the factory,” says Koch. “We strive to achieve that here as well as being the best-cost producer for quality and service.”