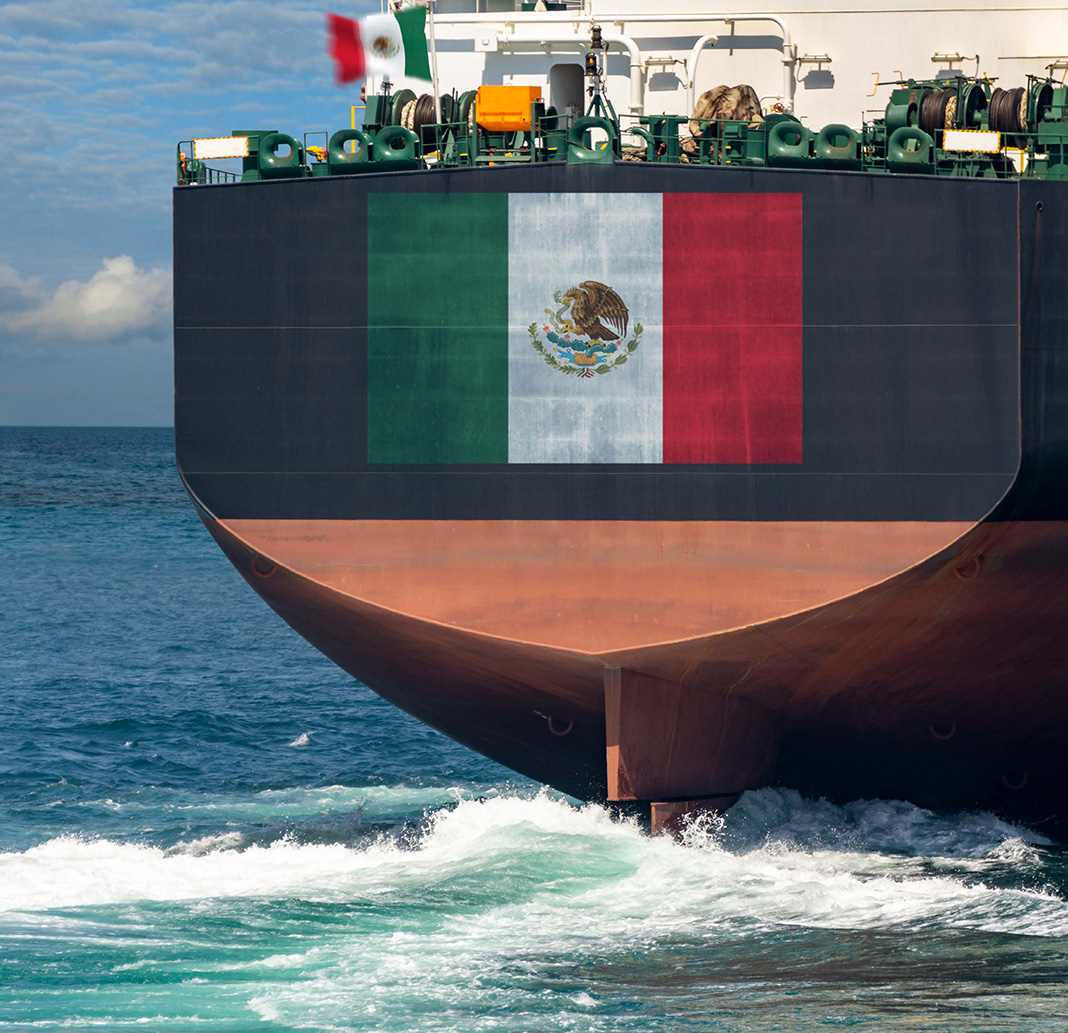 Foley & Lardner surveyed U.S.-based executives in the manufacturing, auto, and tech sectors on their interest in doing business in Mexico.

In the three years it took for the United States-Mexico-Canada Agreement (USMCA) to come to fruition, there was much uncertainty surrounding trade relations with Mexico, yet U.S. business executives’ bullishness about expanding business to Mexico remained unaffected, according to the 2020 International Trade and Trends in Mexico survey report, conducted by Foley & Lardner LLP.

The firm surveyed 160 U.S.-based executives from the manufacturing, automotive, retail/e-commerce and technology sectors about their interest in doing business in Mexico in the weeks leading up the passage of the USMCA. Across all sectors, respondents expressed intent to move business to Mexico from other countries, expand internationally for the first time via Mexico or grow existing Mexican operations – and to do so rapidly, within the next one to five years.

When the USMCA passed in the U.S. House of Representatives in December 2019, it effectively replaced the North American Free Trade Agreement (NAFTA). While nearing obsoletion, NAFTA deserves credit for establishing a stable foundation for trade relations between the United States and Mexico and the resulting confidence in the country as a fruitful international business destination.

“Our survey shows that a large majority of executives are moving or have moved portions of their operations from another country to Mexico,” said Christopher Swift, Foley partner and litigator in the firm’s Government Enforcement Defense & Investigations Practice. “That can be traced to three things: Global trade tensions, particularly in Asia; Mexico’s geographic proximity to the U.S.; and NAFTA’s legacy, which all combine to make the country stable and a natural destination for international expansion.”

Tense trade relations with China and diplomatic instability with North Korea are two contributing factors to business leaders’ confidence in Mexico. More than half of the executives surveyed have existing international operations but when asked about whether global trade tensions were causing them to move from another country to Mexico, two-thirds said they already had or were planning to do so within a few years.

“A more stable business environment can be the tiebreaker for many executives when they make decisions,” said Foley partner and co-chair of the Manufacturing Industry Team Steven H. Hilfinger. “Even with the uncertainty surrounding USMCA, businesses have been confident that strong trade relations with Mexico would continue. The future with China and other parts of Asia looks less clear.”

Another vote of confidence in Mexico is executives seeking to move quickly – 80% of those considering or planning a move to Mexico from another international location intend to do so within the next two years. For businesses not currently doing business internationally, two-thirds of respondents are planning to begin operating in Mexico within the next year. Additionally, 64% say they plan to move from 26% to 100% of their business to Mexico. The speed and size executives plan to execute such a significant business decision demonstrates the perceived stability and trust in Mexico.

Changes to Standards for Automotive Industry Not to Be Downplayed

While the majority (82%) of those surveyed expressed lack of concern over the passage of USMCA, citing they would maintain or increase their business activity in Mexico regardless of its passage, it’s important that legal and regulatory implementation not be treated with indifference. For example, companies doing business in Mexico should pay close attention to USMCA’s new rules of origin.

“The Mexican government’s tax authorities are increasingly doing audits related to rules of origin,” said Foley partner and international trade lawyer Marcos Carrasco-Menchaca, based in Mexico City. “Under the new text of USMCA, some rules are more stringent, notably for the auto sector, so companies will want to be aware of these rules sooner than later.”

One specific example is the increase in the requirement of North American-made parts in cars to quality for duty-free imports, raising it from 62.5% to 75% by 2023.

“Mexico is becoming one of the fastest-growing hubs for technology and electronics manufacturing in North America, owing in part to Mexico’s deep roots in the automotive industry and the race to incorporate new innovative technology in automobiles,” said Foley partner Vanessa Miller. “In the competitive global market, Mexico manufacturing offers a number of cost advantages. These cost advantages are critical to planning and particularly attractive as the entire automotive industry is facing more uncertainty than ever with respect to autonomous and electric vehicles.”

“Automotive is one of the sectors where folks are expecting a departure from ‘business as usual’ with USMCA’s new standards,” said Mark Aiello, Foley partner and co-chair of the firm’s Auto Industry Team. “With ratification, suppliers will need to assess the opportunities the Agreement may provide to them and incorporate in to their strategic planning the implementation of action to capitalize on those opportunities.” 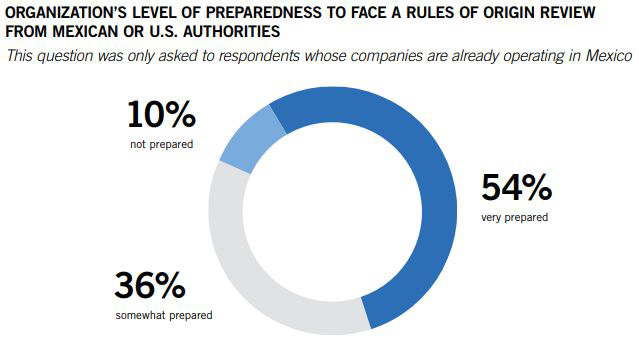 Challenges and priorities of operating a business in Mexico vary greatly across industries. For example, 52% of technology executives expressed procurement of government contracts as a top priority (vs. 44% overall) as well as a focus on investing (56% vs. 27% overall). Dissimilarly, automotive executives were in fierce agreement that compliance and enforcement of rules of origin (93%) and audits (94%) are top priorities.

Perhaps even more insightful was the distinct perspective on legal priorities between those currently operating in Mexico and those yet to move there. More than half of the survey respondents had existing operations in Mexico, 52% of that group citing audits as an important legal priority given the expectation that the cadence and complication of audits will increase under USMCA. Only 40% of those companies looking to move to Mexico indicated audits as a very important consideration.

“We expect the Mexican government to conduct more audits, especially given the reset opportunity provided by USMCA,” said Foley partner and international trade lawyer Alejandro Gómez-Strozzi, also based in Mexico City. “Given all the change, now is an important time for all businesses operating in Mexico or planning to do so to take a hard look at their legal and regulatory compliance efforts and to incorporate and have a strong understanding of the habits and views of Mexican authorities.”

“The data suggests that the newcomers will face a learning curve as they begin operations in Mexico. For those considering such a move, engaging attorneys with experience in counseling clients with both U.S. and Mexican operations will be important to ensure that they are prepared for the different landscape of doing business in Mexico,” said Foley partner Kathleen E. Wegrzyn.

For more information and to download the complete 2020 International Trade and Trends in Mexico survey report please click here.