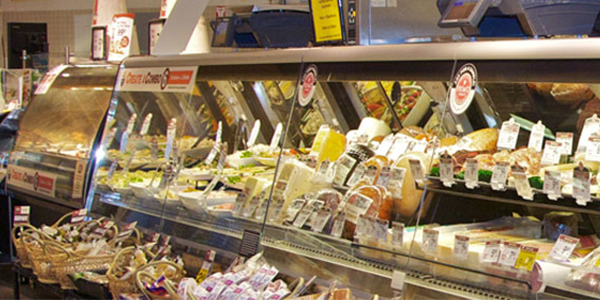 The food-service industry is a fickle one. While franchising has, for the most part, allowed restaurants to develop their operations with economies of scale, much of their equipment and systems require careful customization. Fortunately, that’s where companies like Randell come in.

Randell’s employees are masters of stainless steel fabrication and freestanding refrigeration. Under the Randell name, the company offers a full line of products ranging from preparation tables to blast chillers, and from modular serving stations to reach-ins, roll-ins and heated cabinets. Its products are found in nearly all of the major pizza chains, thousands of restaurants and bars, and even in the cafeterias of schools and hospitals.

Founded in 1975 by Paul DeLorenzo, Randell grew as a family business until 1986, when it was sold to Dover Corporation. Randell acts as an autonomously managed company, but Dover gives it the backbone of a $5.4-billion business. With the support of a parent company committed to reinvestment, Randell has grown into a force of its own, recording some $55 million in sales last year. The company is also expanding the base of its growing ventilation enterprise with the purchase of two subsidiary companies, Avtec Industries in Otswego, Ill., and Duo-Air in Auburndale, Fla. Total sales from the three companies combined are targeted to exceed $75 million in 2001.

Special Services
But what makes this company stand out from the competition is its ability to improvise. “We consider ourselves to be a solutions-based provider,” says Randell Vice President of Sales Art DeLorenzo. “Companies like the hamburger chain Jack in the Box come to us when they have a job with special refrigeration requirements.”

A few years ago, Jack in the Box ran into trouble when improper holding temperatures were blamed for some illnesses among its customers. Randell was called in to supply a new system. “We were able to meet both the size and performance requirements,” says DeLorenzo, “And we are the first supplier that was able to handle all of their refrigeration needs in one store.”

Another of Randell’s custom jobs saved the Hardee’s chain the high cost of retrofitting the entire HVAC system at some 2,000 restaurants when it switched to a new high-heat grilling system. “We came up with a ventilation solution not out of a catalogue, but something we designed and tested with their products to meet all the regulatory requirements.” The Randell idea worked, and as a result, the HVAC systems retrofit was deemed unnecessary.

Rush Hour
Randell’s flair for flexibility combines with its penchant for preparation tables to nail clients that would otherwise use competitors’ products. Despite Randell’s growing reputation in the quick-preparation pizza industry, Domino’s Pizza had long resisted the Randell sales staff, opting instead to stick with its long-time supplier. But the company’s success with national chains like Pizza Hut and Little Caesar’s, as well as regional up-and-comers Papa Murphy’s and Nancy’s Pizza, led Domino’s to Randell’s design department in April 1998, following a new ruling that changed requirements for temperatures for open-product preparation tables.

The current Domino’s equipment supplier could not meet the rush demand, according to DeLorenzo. “Within five weeks, we had a working model ready for them, and on an account we could never get in on. We were able to show that we could solve their problem fast,” he says.

Randell prides itself on quick turnaround. The manufacture of an average custom job takes about three weeks from design approval to shipping. “So that’s really our niche in the market,” DeLorenzo says. “Solving the customer’s problems quickly is really where we shine.”

Works of Art
This flexibility allows Randell to shift within the marketplace to meet the demands of existing customers as well as attract new ones. “The industry is changing,” says DeLorenzo. “Even universities and schools that once had a captive audience have to do more to attract their clientele. We see elementary schools now where they’ll theme their cafeterias, adding colors and even graphics that match the theme.”

Adapting to the growing need for specialization, Randell has started working with more contemporary materials, such as granite and the durable DuPont product Corian. Customers often want something that looks less institutional and more like furniture, DeLorenzo says. To handle such demands, the company relies on its technologically advanced design shop, located in house at its Weidman, Mich., manufacturing plant. Randell is a leader in the industry in using the most up-to-date technology, employing some 20 engineers who use AutoCAD or Pro-E software for advanced three-dimensional modeling. These engineers manage product design from both the project-engineering perspective as well as from the traditional product-development side.

The 275,000 square-foot manufacturing facility in Weidman, which handles most of the custom jobs, has 275 employees including administration staff. An additional 150,000 square-foot plant in Tuscon, Ariz., employs 125 people who focus on high-production items. “As a result, we have the largest breadth of products in the industry when it comes to freestanding refrigeration systems,” DeLorenzo notes.

On the Road
Randell is focused on the North American market, for which it targets about 95 percent of its products. “Geographically, we’re spread pretty evenly through the states, and from a customer standpoint, we do a lot of our business in chains,” says DeLorenzo. While these chains are a driving force in the industry, DeLorenzo says the company also does a lot of business with mom-and-pop restaurants as well as corporations and institutions.

Shifts in the marketplace, however, are always opening new opportunities. Recently, Randell has been working to keep up with the demand for mobile merchandizing units. “It’s not just hot dog stands anymore,” DeLorenzo says. “The units we build really allow you to take a miniversion of a restaurant and put it anywhere.” Mobile merchandising is becoming a significant growth area for Randell, and the opportunities seem endless. DeLorenzo says, “Recently, I spoke with a golf cart manufacturer who wants us to build a unit that can go on the back of a golf cart to serve food and beverages on the golf course.”

Despite the cool nature of Randell’s products, the future for this company is hot. New products that will improve on the already high standards of quality and durability are always in development. Reinvestment in equipment, such as its five new laser cutters and some 20 Pro-E stations for design, has been helping this company define itself among a cluttered field of smaller competitors.

“We’re a premium-priced, premium-quality product,” says DeLorenzo. “You can’t hide if you’re in the higher-price range. But while we ask for the higher price points, we deliver a product with higher reliability and quality.”

Uptake Teams up with Cognizant to Unlock Unified Data