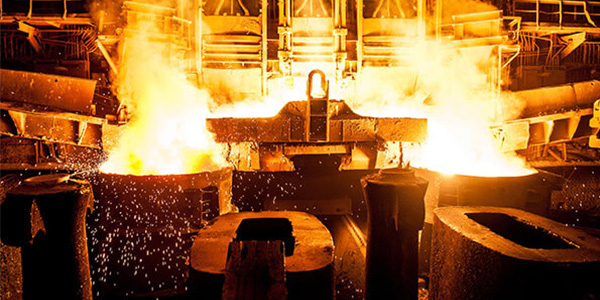 Southwest Steel Casting Co, believes it has found the antidote to foreign competition in the steel industry: a heavy emphasis on giving the customers what they need, as quickly as possible, and thus to make their small Texas foundry a kind of a convenience store for its heavy industrial customers.

Officials at the foundry, which is based in Longview, Tex., on the eastern side of the state, have said that their ultimate goal is to operate very much like Wal-Mart, with a reputation for quality, service and dependability that not only keeps customers coming back but also prompts them to pay for additional services such as machining or consignment programs.

Harry Phillips, the president of Southwest Steel Casting, said the company has been working with customers to not only market its own carbon, low alloy, low temperature heat resistant and stainless steel castings but to repackage and ship foreign-made components when necessary. He said that it’s all about speed, and getting products out to its consumers whenever they need them.

That approach has helped Southwest Steel Casting carve out a steady niche for itself, even in a cyclical marketplace. Today, many of the industries that are served by Southwest Steel Castings, from petrochemical plants to mining to rail cars, are prospering because the recent spike in energy prices, and the foundry is working to meet that demand.

Not your typical foundry
Southwest Steel Casting has steadily grown in size over more than three decades, and its complex, which includes the original Plant 1, now 33,000 square feet, and the 84,000-square-foot Plant 2, now sprawls across six separate buildings. Even so, Phillips boasted that the operation does not look like a typical foundry.

“Just because it’s a foundry doesn’t mean it has to look like a foundry,” Phillips said. “A lot of people think that a foundry is dirty, and a foundry is old. Our goal is that in the years to come, when you come here you’re not going to know what it is. We don‘t want it to look like the average foundry.”

The roots of Southwest Steel Casting go back to 1971, when the facility in Longview first opened. For a long time, the facility was owned and operated by Texas Steel, but in 1989 it was purchased by its current owner, American Car Foundry, a division of Missouri-based American Railcar Industries.

The purchase by the railcar company provided the foundry with a steady customer, as Southwest Steel Castings continues to manufacture steel tank cars as well as hopper cars for its parent. Phillips said that the railroad work is about 10 percent of the foundry’s business, but more important has been the significant amount of capital spending by American Railcar.

Since the purchase 17 years ago, Southwest Steel Castings has seen its payroll rise dramatically, from just 120 then to well over 300 now. What’s more, the number of tons of product that the firm was shipping has soared from roughly 120 tons a month to more than 700 tons.

The original Plant 1 has been expanded three separate times, and the original green sand system has been replaced by a modern NoBake molding system and includes a state-of-the-art sand reclamation system. The larger Plant 2 was launched in 1976, and it, too, has undergone a series of improvements. In 1998, a Gudgeon thermal sand reclamation system was installed to improve the quality of the sand and to reduce Southwest Steel’s waste stream.

Investing in safety
Phillips said that two things that Southwest Steel Casting is very proud of are its record of environmental quality, as well as its achievements in the area of worker safety. He noted that it’s pennywise and pound-foolish not to invest heavily on safety equipment and training.

“We’re big in safety, and that’s something that’s really helped us maintain the bottom line,” he said. “A lot of companies lose a lot of money on safety because of accidents, but that’s one reason why we’ve stayed so successful.”

Other recent improvements to the Plant 2 facilities, such as the addition of a third shot blast and a building expansion of the furnace department, allow for continuous manufacturing operations. These capabilities enable the company to fabricate premium castings. Southwest Steel’s steel castings are especially adapted for parts that must withstand wear, shocks or heavy loads. They are stronger than either wrought iron or cast iron. or malleable iron and are very tough. There are two general types of steel castings, carbon and alloy. Steel castings can be heat treated to bring about the diffusion of carbon or alloying elements, softening, hardening, stress relieving, toughening, improve machinability, increase wear resistance, and removal of hydrogen entrapped at the surface of the casting.

The extra capacity will help Southwest Steel Casting as it deals with increased demand from several key sectors. Some of those gains are the result of the massive devastation from Hurricanes Katrina and Rita along the Gulf Coast last year, which caused major damage to refineries and petrochemical plants, which are now undergoing rebuilding.

But even though a number of customer groups are booming, Phillips noted that the company also has done well when times are slow. “Southwest Steel has been a very profitable foundry since 1989 – even in bad times,” Phillips said. “I attribute that to good management and cost control.” He said that Southwest Steel Casting has a number of steady customers – like Tulsa-based McKissick – that tend to stay as a customer through thick and thin.

Going exotic
The company also has ambitious plans for the future. Due to increasing demand for large steel castings in the 3,500- to 4,500-pound range, Southwest Steel Casting Company is installing additional large molding capacity, which will include a 1,000 pounds-per-minute, extended reach continuous mixer.