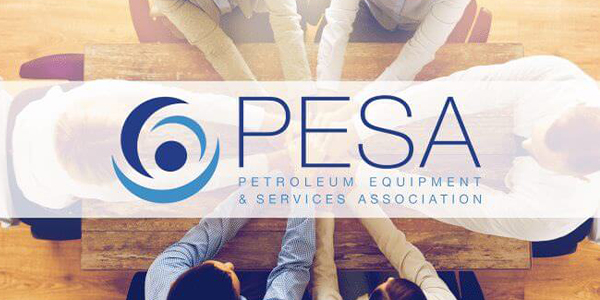 The Petroleum Equipment Association represents 360 organizations that do their best to ensure that the equipment at your neighborhood gas station is running safely and efficiently when you stop in for a fill up. And, if you want to hop inside the adjacent convenience store for a bite and a drink, well, that would make them happy, too.

The association was founded in 1951 by Jimmy Newberry, a returning World War II vet who saw a need, along with other people, for an entity that would network and share information on the emerging oil and gas equipment market. His idea came at the right time, with the emergence of highway travel, President Eisenhower’s freeway system and the growing popularity of the car and, hence, the gas station. In fact, you could say that the 1950s were the golden era of the gas station.

“Basically everything you see at a refueling site we make,” says Robert Renkes, PEI executive vice president. “Our equipment is at every service station, refueling site, municipal garage, state highway facility as well as U.S. military facilities and airports. Our members manufacture, distribute and install everything you see at a refueling site.”
The PEI, located in Tulsa, Okla., has 1,750 members (20-25 percent are located outside the United States), all of whom work hard to promote the filling station technology of
the future, which involves accommodating the fuels of the future, such as ethanol and biodiesel. Most recently, members have developed the necessary infrastructure to accommodate the growth of E85 (a mixture of 85 percent ethanol and 15 percent gasoline).

“This fuel is growing by leaps and bounds throughout the country,” explains Renkes. “There are four million vehicles on the road that can run on E85. So you have to ensure equipment at the start that can store and dispense the fuel. It doesn’t travel via pipeline but by truck.” Also, because of the nature of E85, its reaction on soft metals and seals, equipment for transport, storage and dispensing needs to be designed and developed so the fuel can be safely handled and metered effectively by the end user, such as gas stations and convenience stores.

In addition, Renkes adds, aluminum doesn’t react well to alcohol; nor do fiberglass tanks, so both nozzles and tanks need to be made of different materials. “It’s been a challenge,” he adds. “They need our equipment and we can’t wean the nation off of gas until we have the right equipment. This provides our members with the opportunity to innovate.”
To further promote research and development in the area of E85, Renkes says, the governor of Illinois recently signed a bill to invest $25 million to construct new biodiesel plants throughout the state.

The bill mandates that all stations have E85 by 2017. “This is good for our members,” he adds.

In addition to these issues, PEI is active in providing information via its Web site on fuels and equipment. “On our Web site we have a list of fuels and their compatability with equipment so that manufacturers can research the various types of fuels to see whether, for example, a particular nozzle is compatible with E85.” Listed as the E85 Compatible Equipment Guide the Web page offers fuel compatability with all components, from dispensers and nozzles, to pumps and tanks.

The Web site also highlights innovative technologies, such as the growth of touch screen technology, which not only allows customers to punch in the amount of gasoline at the pump but also lets them place an order into the nearby convenience store and pay for it as well. Some convenience stores will deliver the order right to the vehicle. To further promote the benefits of the convenience store/fueling station relationship, PEI held a joint trade show with the National Association of Convenience Stores convention last October at the Las Vegas Convention Center. The two shows were merged in 2001 and the popularity is obvious in the attendance: 24,000 people in 1.1 million square feet of space, with the petroleum equipment industry representing 23 percent of the exhibits.

The convenience store/fueling station relationship has become so popular in terms of attracting prospective customers that many non-traditional fueling venues are getting on the bandwagon, including supermarkets such as Albertson’s and big box retailers including Wal Mart, Sam’s Club, Costco and Home Depot.

“It’s all a matter of convenience,” Renkes explains, adding that such an arrangement also benefits the gas station owner, who may make $1.80 on a sale of 20 gallons of gasoline after paying out $80,000 to fill up three 10-gallon tanks. “He would want people to go inside the store to buy items at a higher margin.”

The PEI also develops and implements programs to aid in the environment; specifically, in the last decade or so, the organization has been involved in upgrading underground storage tanks, in line with the Resource Conservation Recovery Act of 1984. “We’ve also been heavily involved in the cleanup of both air and ground contamination” in the development of ground and vapor recovery programs, Renkes stresses.

Renkes adds that the PEI “is a unique association” in that it represents all companies associated with the industry, including manufacturers, distributors, people who install and people who service the equipment. He adds: “We advocate for safe, clean and efficient fuel delivery,” he says.