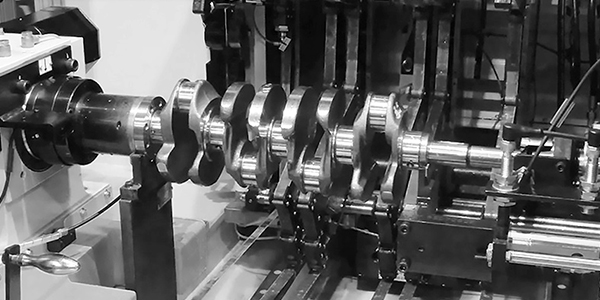 The love affair between Americans and their automobiles is a well-known legend. However, as we enter a new century with an ever-increasing awareness of the many uncertain faces of dwindling national oil reserves and undependable, cost-unpredictable foreign oil sources, the necessity of alternative fuels becomes a looming predominate issue among fuel systems manufacturers and OEMs. The environmental effects of oil-consuming engines adds even more urgency to the alternative-fuel issue.

Finding solutions to these critical challenges is the business of IMPCO Technologies of Cerritos, Calif., the world leader with credentials including some of the most successful applications and solutions in the alternative fuel industry. IMPCO is a leading designer and manufacturer of advanced fuel delivery and storage systems and components for internal combustion engines and fuel cell systems using alternative fuels.

Part of IMPCO’s strategy is to partner with leading companies manufacturing engines for transportation, material handling, and power generation and distribution industries. Another part of the company’s strategy is the development of its results-oriented employee culture, also responsible for IMPCO’s worldwide success. IMPCO operates 15 facilities worldwide and employs 600 people.

Anticipating the Wave
Market development assumed a major role early on in IMPCO’s strategy. This is ever so evident in the fact that IMPCO revenues have tripled since fiscal 1994. “In all emerging and rapidly expanding industries, an early technology and product leadership position is the key to establishing a leading market share for future profitable growth,” says Robert M. Stemmler, president and CEO in IMPCO’s annual report for 2000.

Finishing fiscal 2000 with record revenues of $112.8 million, IMPCO continued its pattern of strong growth, up 30 percent over fiscal 1999. During fiscal year 2000, the company invested an impressive $15.6 million in research and development in the areas of fuel storage, fuel metering, and electronic control of gaseous fuel for fuel cells and internal combustion engines.
IMPCO also invested $53.5 million to support its strategy for accelerated growth in the rapidly expanding alternative fuel industry and the emerging fuel cell industry. “These two industries are projected to be among the fastest-growing industries over the next two decades,” predicts Stemmler.

The alternative fuel industry is projected to grow from $450 million in 1999 to over $4 billion by 2010. This represents an annual growth rate of 29 percent. The fuel cell industry is expected to grow to over $10 billion by 2010, which represents an impressive 70 percent annual growth rate. IMPCO stands prepared to participate in these industry accelerations.

IMPCO offers to OEMs and the aftermarket conversion products and systems used in internal combustion engines that have been adapted to use cleaner-burning alternative fuels. Since 1986, IMPCO manufactured over 2.5 million gaseous fuel systems and components, sold directly to end users and OEMs, as well as through over 400 distributors and dealers worldwide.

Since 1994, IMPCO invested more than $65 million on research and development of gaseous fuel enabling technologies for use in fuel cells and internal combustion engines. In 1997, the company established its Advanced Technology Center in Irvine, Calif., dedicated to the development of low- and zero-emission advanced fuel delivery, storage and electronic control systems related to fuel cell technologies. The Center is staffed with over 140 scientists, engineers, professionals, and support staff.

IMPCO has had an ongoing three-year agreement with General Motors to design fuel conversion products and systems to GM’s stringent specifications, and it will develop similar arrangements with other OEMs.

The Need for Alternative Fuels
As technologies advance our understanding of how other fuel sources can be applied to efficient internal combustion engine systems, we are learning that not only are the results more environmentally friendly, but the cost of operating these fuels in engines systems is far more cost-effective than using gasoline.

With the price of gasoline at every-increasing wallet-weary levels, consumers are looking to IMPCO scientists for help. Gasoline is typically twice the price of natural gas or propane. Consumers using IMPCO conversion products can expect to recoup the cost of conversion in six to 18 months, depending on fuel price differentials and hours of operation.

Fuel Cells to the Rescue
With so much uncertainty in overseas oil production and its consequent effect on prices at home, US scientists are working diligently to develop other forms of efficient and cost-effective fuels which are also environmentally acceptable. A fuel cell is efficient and extracts more energy from its fuel than combustion-based technologies are able to extract from gasoline.

Fuel cells operate on electro-chemical processes that result in low- or zero-emissions, reduced noise, and higher efficiencies. Because of these extraordinary and characteristic results, fuel cells are a leading power source for advanced fuel systems for automobiles and industrial engines.

IMPCO plays a central role in this constantly developing technological scenario, as its core competencies include fuel cell systems, on-board fuel storage, fuel delivery systems, and electronic controls of all of these components.

A Brighter Day
“We are confident that our current and future technological leadership position in the alternative fuel and fuel cell industries will result from our continued success in the design, manufacture, and commercialization of advanced fuel delivery systems and components,” say IMPCO personnel about its relationships with leading customers in transportation, material handling, and industrial and power generation industries.

“Our sales and market development capabilities are unmatched in the industry,” says Stemmler. “We have 17 offices worldwide and over 400 distributors, sub-distributors and dealers in 30 countries who know our products and how to service them.” IMPCO’s US, Australian, and European facilities are ISO-9000 or QS-9000 certified.

Because IMPCO established an early technological and product leadership role in the emerging fuel cell industry by leveraging its strengths from the similar alternative fuel industry, it can capitalize on its gaseous fuel technologies and can participate in the same end-user markets, sharing a common customer base. “We plan to strengthen our leadership position with continued research and development,” concludes Stemmler.