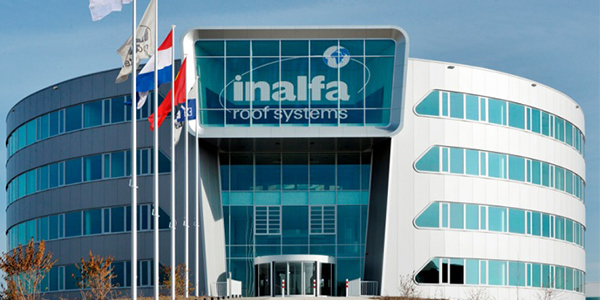 Sales nearly tripled in just four years. By 2002, they expect annual revenues to top $150 million. Quite impressive or a company first establishing its U.S. presence in 1988. Inalfa Roof Systems, Inc. of Auburn Hills, Mich., grew to about $40 million in sales through 1995, then quickly to $115 million by 1999. The company enjoyed a banner year in 1998, when it manufactured more than 350,000 sunroof systems, reaching almost $100 million in sales.

Inalfa is the second largest sunroof supplier to original equipment manufacturers (OEMs) in the United States.

It is the world’s leading supplier of OEM spoiler-style sunroofs and has garnered three of the largest OEM sunroof contracts in the automotive industry with Jeep Grand Cherokee, DaimlerChrysler 300M and LHS series and General Motors’ Delta/Saturn.

Inalfa’s Dutch parent company began, in 1946, manufacturing central heating systems, curtain rails, knitting needles and bicycle components at its Utrecht facility. Gradually expanding into the automotive industry in the mid-1950s, the company started manufacturing sunroof systems in about 1972 at the company’s Venray plant. Inalfa is part of a global network of roof systems suppliers, with plants in the Netherlands, Italy, South Korea, England, France, Japan, the Slovak Republic, Belgium and Brazil.

Choosing Your Favorite Roof System
“We make roof systems and sunroofs for original equipment car manufacturers,” says Mike Smith, Inalfa’s vice president of business development. “We supply worldwide from this location to GM, Mitsubishi, DaimlerChrysler, and Ford. And we also supply parts to Japan and Europe.”

The third “roof system” category includes new advanced roof systems, where the whole rear of the vehicle opens up for cargo purposes.

Engineering Prowess
Although owning and driving an automobile with a sunroof system can be enjoyable, one of the trade-offs for fun has been the reduced head room to accommodate the sunroof module. Inalfa engineers have conquered that. “Our state-of-the-art curved mechanisms maximize head room and styling as well,” says Smith.

Inalfa’s unique designs are achieved through its flexible design system, allowing instantaneous experimentation. Inalfa’s engineers use CAD/CATIA to streamline the design process and to test and re-test new ideas with the stroke of a key, thereby cutting development costs and cycle time. The company’s new prototype and test laboratory checks sunroofs at extreme temperature and humidity conditions. Other tests include a burn chamber for fabric testing, tensile and forced-entry test equipment, water test booths, corrosion test chamber and a single-axis computer-controlled vibration test system for evaluation of road vibration effects on sunroofs.

“Our engineering and design capabilities are second to none in North America,” says Smith. Inalfa engineers are committed to technological advancements, and this is evident in the company’s 70-plus patents to current designs, and an additional 80 patents pending.

“The Jeep Grand Cherokee sunroof we launched in 1998 on the new WJ was probably the best product launch we have ever had,” says Smith. “It has electronic features and fit-and-finish features that make it world-class. For instance, the glass is encapsulated, which makes for a very smooth surface, and the glass seems to be flush to the roof of the car instead of showing a seal.” The electronics in this unique roof system include Express Open features and a Comfort Stop. “Through vehicle development with DaimlerChrysler, we were able to create this Comfort Stop, which stops the sunroof short of its full opening to provide a more comfortable position for the passenger. The Comfort Stop reduces the wind boom, or wind noise, that happens when you open your sunroof all the way at a certain speed,” explains Smith.

Project Team Matrix
Inalfa’s project team matrixes work in harmony with its forceful engineering and technical groups, producing successful results. “Alignment with a project team matrix allows us to incorporate all disciplines involved in every one of our products to assure customer satisfaction,” says Smith. The beauty of the matrix system is that each Inalfa product has a program manager assigned to it. “On each team are the necessary product engineer, manufacturing engineer, CAD designer, commercial representative and purchasing representative,” explains Smith. For the two years before the award of the contract and the start of production, that group is responsible to bring the product in on time and on budget.

“We have a unique assembly process,” says Smith. Just as automotive manufacturers do not manufacture the various parts of an automobile, Inalfa does not make any of the parts, doing only final assembly. “Our state-of-the-art final assembly lines here allow us to do 100 percent quality control checks and product lot traceabilities that are world-class.”

Inalfa’s business development group is in daily contact with the engineering, product planning and purchasing departments at the Big Three automotive manufacturers. “It is a very focused effort, since all the decision makers are in Detroit,” says Smith. “We work closely with OEM production facilities to meet JIT inventory needs. We provide a full range of testing, technical and engineering support services to maximize supplier and OEM partnerships at every stage of program development.”

Room to Move
“Most of our capital investments are in the tooling and the assembly lines for the products we build,” says Smith. “We are looking at other sites for assembly because we are outgrowing our Auburn Hills site with some of the new contracts we have acquired.” The QS-9000-certified Auburn Hills facility, employing 320 people, encompasses 130,000 square feet of space for manufacturing, production operations, design and quality control labs, and a test lab for durability testing and prototype development. The facility has a production capacity of 600,000 sunroofs annually and was designed so that an additional 50,000 square feet can be added to accommodate growth. The facility will have production capacity of 750,000 sunroofs annually upon expansion.

The company acquired a stamping facility in 1998. “Inalfa SSI is our sheet-metal-roof stamping facility in Warren, Mich.,” says Smith. The 90,000-square-foot facility produces stamped structural assemblies flanged to pre-formed roofs that are shipped to auto assembly plants. “The base roof is shipped to our stamping facility. We pierce the aperture and flange it down to create a side wall for it and then weld in a reinforcement with studs,” Smith explains. When the component arrives at the assembly plant, it goes through the paint ovens and the coating operations, emerging completed. The module is installed with just eight bolts, and the wiring harness is snapped in. “It is a very efficient process, taking less than one minute to assemble a sunroof in a car,” says Smith.

Down the Road
“We will play a much more significant role in the roof systems of all our customers’ vehicles,” explains Smith in looking to the company’s future. “Our customers are moving more toward a modular concept, and they want fewer and fewer subcomponents at their assembly lines. They will want door systems coming in as complete doors, or the whole instrument panel coming in as a complete instrument panel. They are already doing this with seating systems, and roof systems will be the same way.”