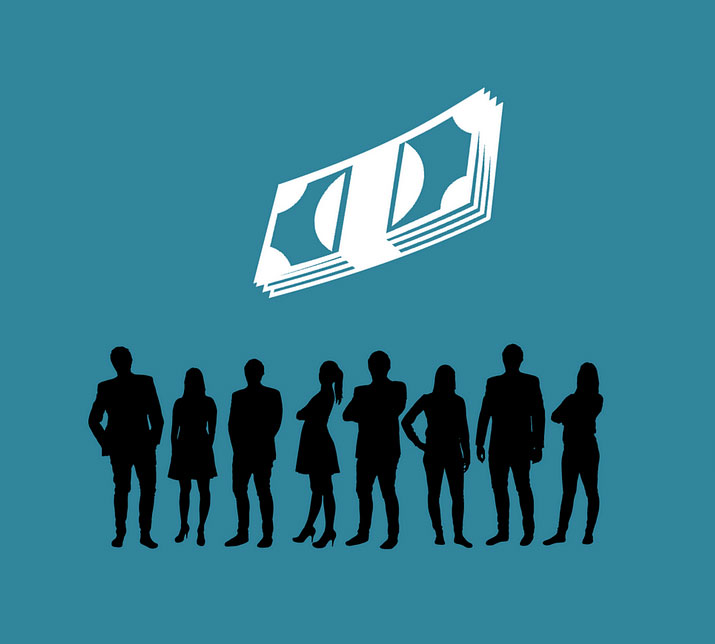 Women have a history of jumping through hurdles on their journey up the corporate ladder. Fighting for equal pay is one of them. While the gender pay gap has been steadily closing, it is still very prevalent in some industries.

According to a study done by Glassdoor, women in the U.S. in 2019 are earning 79 cents for every dollar earned by a man accomplishing the same work under the same conditions. That’s an overall wage gap of 21.4%. Below we examine the gender pay gap by industry and state and include tips on how to prevent it in your work environment.

Not surprisingly, the gender wage gap is greatest in traditionally male-dominated industries. Many of these professions have resisted the most to shifting demographics and efforts to have wage transparency, often discouraging employees from discussing their salaries. Below are the top five jobs with the largest gender pay gap.

Glassdoor’s report wasn’t all bad news. There are actually a few positions where women outearn men. Below are the top five jobs with the smallest gender pay gap.

Similarly to the way the gender pay gap varies by industry, it varies by state as well. A lot of this has to do with the economy of each state as well as whether or not they have passed any laws that discourage wage discrimination. Below are all 50 states and their current pay gap.

How You Can Prevent Pay Inequity

While it is true that the wage gap is shrinking, there are still many industries where this is not the case. By connecting with mentors and learning the right strategies for negotiation, women in the workplace can work to try to avoid some of the common pitfalls associated with the gender wage gap. Below are some major ways women can overcome this obstacle.

Find a mentor: When more women enter a field and blaze a trail they act as role models for those women who are up and coming. The more women that can be mentors, the more it is possible to break into a particular profession. Searching for a mentor through associations and networking opportunities is a great plan.

Improve your negotiation tactics: Women are less likely to use aggressive negotiation tactics in an interview and therefore tend to settle for lower salaries. Investing in learning negotiation strategies has been shown to level the playing field significantly. Some other potential strategies simply require a change in thought process. For example, it’s been demonstrated that women negotiate more effectively on behalf of others rather than advocating for themselves. By thinking of negotiations as affecting, for example, other women in the field, colleagues, or family members, a woman can learn to negotiate for themselves more effectively.

Pursue management positions: If you know a management position is up for grabs or will be available soon, start talking to your manager or higher-ups about your interest. Ask what concrete steps you need to take to be considered and make the moves to get there. You never know unless you try.

Chipping away at the gender wage gap for the next 50 years is not an acceptable timeline. Equity is possible to achieve more swiftly if women can use the influence they currently have to help others make strides in what had traditionally been male-dominated fields and with investment in new negotiation tactics.

While our country still has a long way to go, we are seeing more and more women becoming the primary breadwinners in their households. With more women being aggressive about their compensation and promotions, we may be able to see the gender wage close a lot faster than we think.

About the Author:
Sierra Skelly is a creative writer and marketer from San Diego. She loves making personal finance and career content fun. When she isn’t writing for companies like Haven Life, you can find her reading at the beach or hiking.