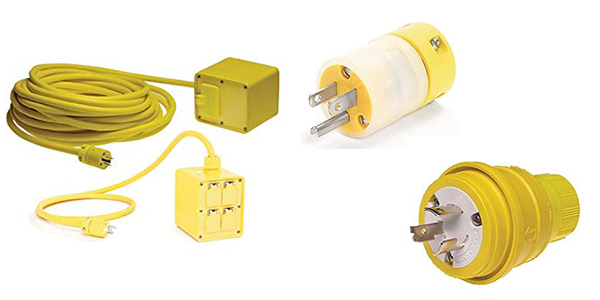 A little more than five years ago, Woodhead Industries was enjoying strong sales, but the maturity of its core business market — electrical devices and electronics — led to growth figures more like the economy as a whole. A transformation of sorts was needed. The goal was to breathe new life into the microcap company so it could achieve some of the kinds of growth numbers being enjoyed by the many emerging high-tech companies of the mid- to late 1990s.

Woodhead was founded in 1922 as a manufacturer of durable electrical products and lighting for industry. Now, nearly 80 years after its birth, the company is enjoying a renaissance. The modern Woodhead is an integrated group of companies involved in two business segments, with a diverse group of customers and industries worldwide.

They key word for the new Woodhead is connectivity. Woodhead is now a more aggressive and diverse company, involved in developing, manufacturing and marketing electronic and industrial communications products that take the front office onto the plant floor.

Introducing the Ethernet environment to the factory floor is a revolutionary idea that will connect automation areas with the enterprise area of the business. The idea is prominent in offices but not yet common in factories. Woodhead’s ruggedized Ethernet connections are designed to withstand problems unique to the factory, and the company anticipates that this area will develop at a quick pace.

The Change Begins
In 1997, after several strong additions to top management posts, Woodhead began its transition from a steady-as-she-goes, old-economy corporation into a modern tech-sector growth machine. That year, the company launched the first phase of its long-term growth strategy and its move into connectivity products. The following year, Woodhead acquired two companies — the Italian firm mPm, which develops output device connectors; and SST, a Canadian software company that produces interface cards performing a translation function between factory networks.

According to the company, revenue from connectivity has grown from 50 percent of total sales in 1997 to 67 percent in the first half of fiscal year 2001. Still, the electrical-safety and specialty-products segment supports Woodhead’s profitability and provides significant cash flow for re-investment in the company’s growth strategy. This traditional segment is a solid contributor to the combined gross profit margin and provides for consistent, predictable growth. All this, of course, gives Woodhead’s high-tech interests backing from the staid results of old-economy infrastructure.

Connected to the World
Primarily serving the global automation and control market with connectivity solutions and specialty electric products is no easy chore. For Woodhead, it means managing 16 facilities in 10 countries, with a total of around 1,600 employees.

Whereas Woodhead remains a U.S.-based company, the equipment it manufactures is sold all over the world. Sixty-five percent of Woodhead’s business is in the United States, while 35 percent is done in the rest of the world, with an emphasis on Canada and Europe. Still, Latin America, Japan and China are seen as “fantastic opportunities for growth,” according to Philippe Lemaitre, president and chief executive officer.

Spreading its presence is one way Woodhead is transforming its image from a microcap electrical business into a high-tech, growth-oriented company. Still considered microcap in spite of the fact that its high growth rate in connectivity parallels newer industries, Woodhead is set to make its move.

Over the course of just a few years, the company has swiftly moved from one to two core business areas. And company officials are anticipating the change will result in more than 70 percent of revenues from connectivity by 2002. Total revenues are expected to be up to about $250 million at that time, based on an economic recovery and a resumption of a 20 to 30 percent annual growth rate.

The Complete Source
Woodhead’s increased emphasis on industrial communication and connectivity solutions is paying off. Sales continue to show substantial growth. And the competitive edge for Woodhead is a result of its partners and subsidiaries working together to build total solutions. “Our competitors provide single components, thereby forcing the customer to use many vendors,” the company says. “Woodhead can provide a complete product for its customers.”

In February, Woodhead announced the acquisition of Applicom International. Located near Normandy, France, Applicom produces software, interface cards and related products. Combined with the strength of the SST subsidiary in Canada, Woodhead has now become the No. 1 independent provider of industrial communications solutions, according to Lemaitre. “The combination of these two engineering teams will enable us to develop state-of-the-art products more quickly, regardless of the protocol required, and should significantly augment our product offering in the coming months,” he says.

Company officials predict sustained growth in the connectivity sector. “Surprisingly, in today’s high-tech world, open systems are highly underutilized around the world,” the company notes. It is estimated that only 20 to 25 percent of U.S. factories, less than 5 percent of Asia’s factories and between 40 and 65 percent of Europe’s factories are connected. “So this leaves a tremendous opportunity for Woodhead to penetrate markets both domestically and abroad,” the company says.

By transforming itself from an old-sector company, while holding on to the business principals that brought it successfully through 80 years of business, Woodhead is emerging as a giant in the growing field of factory-floor connectivity. In demonstrating its ability to change very rapidly and evolve with emerging high-tech markets, Woodhead is setting the pace for the rest of the industry.