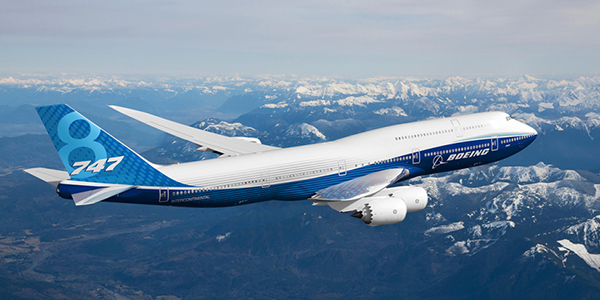 For decades, aerospace and defense giant Boeing has been a world leader in countless areas: The largest manufacturer of satellites, commercial jetliners and military aircraft, and one of America’s leading exporters of products.But about three years ago, top executives at Boeing, headquartered in Chicago and with plants across the country and offices around the world, realized that they were missing the opportunity to take their innovations from billions of dollars of research and development work and turn them into new products and ventures in the broader commercial marketplace.

In late 2000, Boeing officials announced the creation of a program called the Chairman’s Innovation Initiative, a kind of in-house venture capital fund in which employees who developed new commercial uses for existing Boeing technologies could receive funding and other critical assistance.

This April, the new program struck pay dirt thousands of feet below the surface of the Gulf of Mexico. There, a high-tech vehicle called the Echo Ranger roamed the deep sea floor, collecting data and surveying the underwater topography for the drilling of future oil wells.

A 2-for-1 deal
The idea for the Echo Ranger – a device known in the industry as an Autonomous Underwater Vehicle, or AUV – came from Boeing workers in its Anaheim, Calif., office. They had been working on underwater vehicles for the U.S. Navy for years, including the Long-Term Mine Reconnaissance System, a $100 million contract with the U.S. Navy for an AUV capable of surveying the location of mines in shipping lanes.

Tom Jones, manager of the Echo Ranger project for Boeing, says the new AUV – which will be used for underwater exploration for the oil and gas industry and telecommunications companies – never would have made it off the ground and under the water if not for the Chairman’s Innovation Initiative.

“Our background in military programs gave us an extensive technology base to draw from,” Jones said. “But we think that the experience we get from operating these systems in the commercial market will bring substantial benefits back to our government customers.”
In applying its technical and military know-how to the venture, Jones and his team in Anaheim partnered with two companies with a great deal of experience in the offshore oil and gas industry.

Fugro GeoServices, a U.S. subsidiary of the Netherlands-based company known as a world leader in offshore survey services, had responsibility for underwater survey sensors and the data analysis system. Houston-based Oceaneering International, Inc., a leading operator of remotely operated vehicles, was responsible for the vehicle launch and recovery system.
It was clear to engineers at the three companies that there was a need for a better system for surveying the sea floor. The commonly used system is a device that is towed from a ship and uses a long umbilical cable to transmit information back to a tow vessel. When operating in deep water, the underwater drag limits the speed of the survey to fewer than two knots and requires the survey system to be towed as much as five miles behind the main vessel. The slow speed of advance, coupled by the long turn times required by the long layback greatly increases the cost of the survey.

“With an autonomous vehicle, you eliminate the umbilical cable which drastically reduces the drag,” Jones said. “That can result in significant savings. There can be as much as a five-fold reduction in survey time.” The vehicle is 18 feet long, 50 inches tall and 50 inches wide.

Jones said the cost of using a high-tech AUV became more attractive to oil and gas companies as they realized they would need to start drilling in much deeper waters in the Gulf in order to reach its untapped reserves. “By the end of next year, they are telling me that they’ll need to go as deep as 7,000 feet,” he said. “Ten years ago, a lot of the rigs were in just a couple of hundred feet of water.”

The Echo Ranger is a more cost-effective alternative for companies seeking to collect deepwater “swath” bathymetry, survey natural and man-made seafloor features, and profile sub-bottom marine sediments. Jones explained that this information is critical to oil and gas companies because they need to find a relatively flat and geographically stable sea floor in order to properly anchor their rigs. “You don’t want to put the anchor pile near a fault line,” he said.

Many potential uses
The Echo Ranger internally stores data from the various survey sensors for download upon recovery. For real-time data observation and quality control, it can transmit survey data back to the mother ship through the water column by use of an on-board acoustic modem. A similar modem arrangement is used to send operating instructions to the vehicle and to receive critical feedback on system performance.

Jones noted that early underwater exploration devices were typically shaped like torpedoes so that they could be launched from Navy submarines. But the Echo Ranger can be launched from a cage that is lowered from the ship into the water.

The initial Echo Ranger was mechanically constructed at the facilities of Oceaneering International, Inc., which is based in Houston, as is the U.S. subsidiary of Fugro, with headquarters of the parent company based in the Netherlands. Electronic integration and testing for the AUV was conducted at the Boeing facility in Anaheim California.

Jones said that Boeing is also investigating use of the Echo Ranger by telecommunications companies that need to bury their high-speed connection lines under the sea. In this market the AUV would be useful in surveying cable routes and conducting inspections after the cable has already been laid, to make sure that the lines remain safely buried.

He also noted that government agencies like the National Oceanic and Atmospheric Administration, or NOAA, often need to conduct their own surveys of the underwater topography and thus represent another significant potential client base.

Although Jones and his team are excited by the technology, the project manager said that the broader concept of finding new uses for Boeing’s technological innovations may be the most exciting part of the Echo Ranger project. “Here’s an expansion of Boeing’s technology,” he said. “We’re taking a device that was originally developed for the military, and moving it to an adjacent market.”