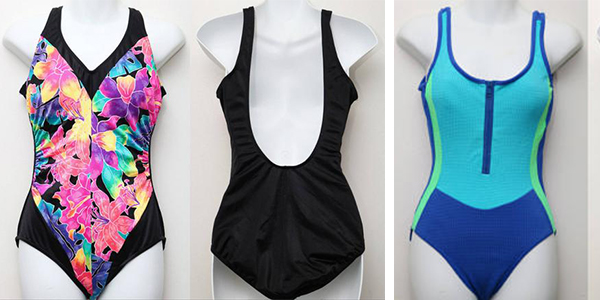 Many manufacturers in a variety of industries are still in the process of installing just-in-time procedures in their plants. At Maillot Baltex Inc., the renowned, Montreal-based producer of women’s swimwear, just-in-time has been a way of life for more than a decade.

The company began computerizing and modernizing its facilities in the late 1980s, “long before other manufacturers,” says Steven Balit, the company’s vice president of marketing and communications. Maillot Baltex was among the first swimwear manufacturers to install an electronic-data-interchange (EDI) system, which is now a mainstay for many vendor-retailer relationships. These undertakings were no mean feats for Maillot Baltex; the company’s production takes place in one manufacturing plant plus 17 peripheral contracting facilities, all in the province of Quebec. But the company made them happen, and thus made itself an important partner in business with its retail customers – which include the biggest store operations in North America.

Maillot Baltex has taken just-in-time beyond the point of being merely a policy with its customers; it’s now an integral part of the company’s culture. “On the front end and back end, we’ve been able to maximize on the just-in-time environment and grow on that,” says Balit. “It’s created a philosophy in our company. Now, instead of calling it ‘just-in-time,’ we refer to it as ‘smart business methodology.’”

Demonstrating how “smart” this philosophy is, EDI has had an enormous, positive impact on Maillot Baltex’s business. “EDI allowed us to replenish our swimsuits much faster and allowed the retailers to increase their gross margins and increase their rates of sale, and subsequently their gross margins,” says Balit. “We’re now the No. 1 swimwear manufacturer in North America in terms of rates of sale, and retail has answered back by allowing us more real estate on their sales floor.”

Affordable Quality
The word “many,” regarding the number of retailers for whom Maillot Baltex is a favored vendor, is no exaggeration. Balit says the company sells to 5,000 points of sale in the United States and 1,000 in Canada, covering just about every level of retail. Marketing its products under the brand names Baltex, Swimix, Body I.D. and Be Creative by Body I.D., Maillot Baltex has steadfastly maintained its mission to sell high-quality women’s swimwear at the lower retail price points. The just-in-time orientation provides a huge boost to this goal. “Our quality is great at the opening retail price points, and we can bring added value to the products, too,” says Balit.

The company was founded in 1983 specifically to fill the need for affordable, quality swimwear, which was hard to find in the early 1980s. The two founders – Balit’s cousins, the brothers Yves and Luc Balit – had “paid their dues to the fashion industry many times over,” according to a company history. They launched Maillot Baltex, forming the name by combining the first syllable of their own name with “tex,” as in “textiles”; and adding “maillot,” the French word for “bathing suit.” The first Baltex-branded line debuted in Canada’s The Bay, Eaton’s and Sears Canada stores in August 1983.

From the start, Baltex had several important assets: the dedication of the Balit family (along with Yves, Luc and Steven, Lynn Balit, Yves’ and Luc’s sister, heads the company’s design and merchandising); and the craftsmanship and expertise of Quebec’s textile designers and workers (the province has become a noted headquarters for manufacturers of finished textile products, several of which can also be found in the Montreal area). The new firm proved to be quick off its feet as well. Not long after its founding, Maillot Baltex introduced its Mix & Match program, which permitted women to choose the sizes for both the tops and bottoms of their two-piece swimsuits. The program gave women the opportunity to buy swimwear that was both stylish and comfortable. Mix & Match remains a staple of the Baltex line to this day.

South of the Border
In 1988, after five years of success in Canada, Maillot Baltex took the giant step of marketing a swimwear line to U.S. stores, using the brand name Body I.D. The company met the challenge of being a new vendor on the block by marketing Body I.D. as a body-type concept. With the help of oversized hang tags, on which appeared before-and-after pictures of women wearing Body I.D. swimsuits, customers could easily identify their body types and find the swimsuit that best suited them.

In the mid-1990s, encouraged by the success of Body I.D., Maillot Baltex introduced the Baltex brand to the U.S. market. The consumer quickly appreciated the value behind the product as its pricing structure fit perfectly with its distribution. Nationally and regionally, retailers like Sears, Kohl’s, Meijer’s and Goody’s distribute Baltex swimwear to the major part of the American middle-income market.

Meanwhile, back in Canada, Baltex and Body I.D. began adding specialty stores to the customer base. Over the past 10 years, the two brands have become mainstays at Bikini Village, San Francisco Maillot, Sport Experts stores and an extensive list of specialty boutiques.

These stores feature up to 400 swimwear models from either Baltex or Body I.D. Of these, Maillot Baltex estimates that 90 percent are completely new introductions and 10 percent are classics of the line “that never go out of style,” as the company puts it. Early in its history, Maillot Baltex recognized that swimwear had gone beyond its use for water sports and had become a major fashion and sports accessory. Justifiably, the company prides itself on its ability to judge current fashion trends and in listening to what the consumer wants from a swim garment.

Along with creating the just-in-time environment, the 1991 investment in computerized technology led to an upgrading of Baltex’s manufacturing – a process that continues 10 years after the event. The company now sports a variety of state-of-the-art equipment, including automated fabric-cutting systems, computer hardware and software for generating patterns, and a newly installed automated distribution center.

Innovation, which has been a key ingredient in Maillot Baltex’s business throughout its history, will continue to drive the company in the future. The company has already launched its Coverups swimwear line, featuring a mid-thigh to knee-length skirt-like garment, a cotton-jersey sweater with embroidery, a bath robe, coordinated shorts and T-shirts, and drawstring cotton or mesh pants – all matched with the colors and prints from Maillot Baltex collections.

“We’re not sitting back and congratulating ourselves for our position,” Balit says. “Our proven formula is to always strive for the next level of business. We think we can get a lot out of the Coverups market. Right now, there are only one or two major players. Coverups are accessories to the swimsuit, and it’s all about add-on sales, which provides good synergy with the rest of our products.” Maillot Baltex augmented its entry into the Coverups program last year, when it acquired a manufacturer of these products.

Campaigning for the Future
The year 1999 proved to be yet another critical point in Maillot Baltex’s history. It was the year in which the company launched both its new marketing-advertising campaign and its Web sites. Maillot Baltex kicked off the former with a new, attractive and simple logo. Going forward, the campaign will strive make its brands – Baltex, Body I.D. and two newly introduced lines, Swimix and Be Creative by Body I.D. – into household names for women’s swimwear.

Balit says the Web will also familiarize potential consumers with these brands. Currently, Maillot Baltex runs two sites, www.baltex.com and www.bodyid.com. Along with information on the company and the current Baltex line, the former includes an amusing history of the swimsuit, going all the way back to a Sicilian mural of a woman in a bikini dating from 200 A.D. Both sites feature trends information relating to the designs that characterize both brands. From February to May 2000, the sites averaged 40,000 individual visits a month. As evidence of the company’s belief in the Internet, it will unveil new sites to underscore its more focused approach to North American women.

Balit also sees “immense potential” in the U.S. specialty store/boutique market. New opportunities for growth are also emerging in Central America and South America, with these regions’ ever-growing populations and increasing appetite for price-sensitive products. Europe is another serious opportunity for Maillot Baltex, with its continuing efforts to unify the market, its retail mergers and the streamlining of its retail technologies.

Maillot Baltex has ensured its future direction through increased branding and marketing on the Web. These developments prove that just-in-time isn’t the entire story of this company; one could easily add “forward-thinking” to the mix as well.