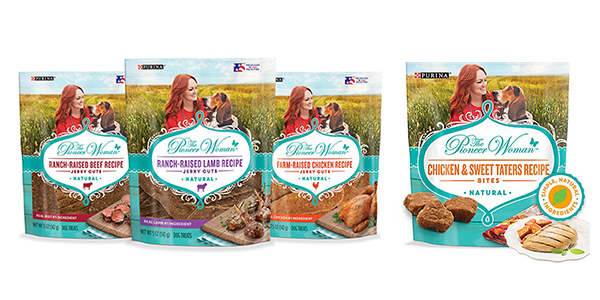 Beef snacks are hot – and that was before the folks at Pioneer Snacks, Inc., put out a new product called Jalapeno Rage.The rage that’s really driving sales for this Michigan-based company is the fad for low-carbohydrate snacks, thanks to the best-selling Atkins diet plan and the simpatico South Beach Diet. Suddenly, high-protein items like beef jerky that were once an afterthought on convenience store shelves are now moving to the front near the counter.

“First came the low-fat boom, which for the beef jerky market was a big boost, and then came the low-carb,” marvels Bob George, the company founder and CEO. “Now people know that this is a healthy snack – naturally healthy. It still is in its infancy – this business will continue to grow for the next 10 years.”

That’s a lofty goal for the chief executive of a company that started out with just one truck running a route in Michigan, and now is on target to do $35 million in sales in the current year. Pioneer Snacks has seen the market for beef jerky and related products grow and change – and a lot of those changes have been sparked by the company’s innovation.

Giving beef a good name
“Going back 15 or so years ago, all you’d see at a counter is maybe a couple of Slim Jims,” George recalled. “Back then, meat snacks had a bad name – they were fatty and not high quality, and instead of beef they were chicken or beef and chicken.”

George founded his company in 1986. At the start, however, the new firm was not a food manufacturer but merely a distributorship that worked the stores in his home state of Michigan, delivering snack products like the well-known Slim Jim or King B brands. The type of business wasn’t much of a departure for George, whose father started in the dairy business the same way back in the 1950s, first with trucks and later as the owner of a dairy.]

The new food distribution company – which was based, like the family dairy, in Farmington Hills, Mich., near Detroit — grew quickly in this case, from just one truck at the start to 15 within a few years, with seven company routes and the rest handled by independent truckers.

In 1990, George bought out a small company called Northwest Sausage, which marketed meat snacks under the Pioneer Brand. In addition to now distributing its own product, the new Pioneer Snacks was also covering a broad geographic area that also included Indiana and Ohio and even some major East Coast markets like Philadelphia.

Some of the company’s products were co-packed at a factory in Mankato, Minn. In 1993, Pioneer Snacks decided to buy that Minnesota factory outright so it could run the manufacturing process itself. Said George: “That was when we really started taking control of our own destiny.”

Traditionally, making beef jerky is a fairly labor-intensive process for making a food product – requiring people to cut the jerky and then screen it and then assemble the product in the form that customers are familiar with. However, Pioneer Snacks invested a lot in developing or buying state-of-the-art equipment meant to streamline the process. As a result, the factory in Mankato not only churns out Pioneer products but also handles co-packing for major, well-known food companies.

The right team
One of the products that Pioneer Snacks is currently producing is an Armour snack food called Steakhouse Tenders. “Go into any Wal-Mart Supercenter and they will have it for sure,” George said. “We have become a major manufacturer selling to the industry. Much of this is due to our team putting the right people together and then treating the customer right.” The Minnesota factory started producing beef jerky not only in the traditional two-ounce and four-ounce packages but also in an eight-ounce variety, which had previously been unheard of in the industry.

But size is just one area where Pioneer Snacks has been shaking up a once-staid industry. The firm is constantly introducing new products and developing new ways to get meat snacks to the consumer.

Several years ago, Pioneer Snacks reformulated its principal beef jerky brands – original, peppered, teriyaki, old fashioned and sweet & hot – in a new two-ounce product featuring an “easy peel” technology that was marketed for its improved taste and softer texture. A similar technology has been used to market its Pioneer Hunter Sausage products.

George is especially proud of a new innovation introduced just this year that the company called Road Ready. Instead of the traditional peel-away packaging, these are meat snacks that come in a clear cylindrical container similar in size to a beer or soda can. “It has a screw top, but it’s hermetically sealed, so if you don’t eat all of it you can hold the rest in the refrigerator to extend its shelf life.”

Guys love it
George pays close attention to the demographics of its customers, who tend to be either children from ages 6 to 18 or adults in the age 30 to 55 categories – predominantly male. But the company founder also said that is starting to change. “I think more women and children are eating it,” he said, adding that the company spends next to nothing on advertising, because “meat snacks are primarily an impulse item.”

Pioneer Snacks currently employs roughly 180 people, He said there are plans to roughly double the size of the factory in Mankato and the company warehouse, which are roughly 70,000 square feet.

In the pursuit of offering consumers more variety, Pioneer Snacks is constantly trying to apply its penchant for innovation into new markets; in particular, the health-conscious consumer. In fact, said George, the company’s goal is to be as innovative as the giant snack companies. “We are going to reinvent this business,” George said. “We are going to continue to be the pioneers in this industry.”