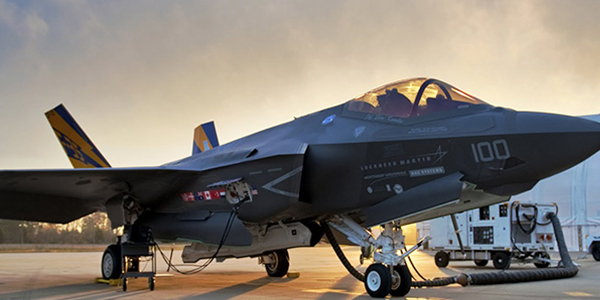 Since the first one took off almost 50 years, the C-130 Hercules cargo plane has become one of the world’s most recognizable and celebrated aircrafts. With the cargo capacity of a boxcar yet able to land on rough fields near the combat zone, versions of the C-130 kept U.S. Marines alive during the 1967 siege of Khe Sahn and carried Israeli commandos to their 1976 raid at Entebbe.

The maker of the C-130 line — Lockheed Martin Aeronautics Co. of Marietta, Ga. – has come up with the ideal way to celebrate next year’s 50th anniversary, by building the best version yet, the C-130J, and marketing it both to the U.S. military and to an array of other nations.

The C-130J – first developed in 1995 and now hitting its full stride – can fly farther, faster, and at greater altitudes than any prior model, so much so that Lockheed Martin test pilots set 54 world aviation records in its initial trials. It can carry a larger payload, and yet can fly with a smaller crew.

“The C-130 really has been the workhorse aircraft” said Ross Reynolds, the president of the C-130J program for Lockheed Martin. “That’s because it’s like a vehicle that you can really use and rely on.”

With the newer C-130J, Lockheed Martin officials took a calculated risk and began designing and producing the advanced state-of-the-art model before landing a contract with the U.S. military.

‘The workhorse’
The gamble has more than paid off. The U.S. Air Force and Marines have recently placed orders for 60 of the aircraft, on top of major orders by Britain’s Royal Air Force, or RAF, and the militaries of Australia, Italy and Denmark. The C-130J either is or will be used to douse forest fires in the American West and to track hurricanes on the Gulf Coast.

The C-130J is writing an exciting new chapter for an aircraft that is already a legendary piece of aviation lore, with a launch that was closer in time to the flight of the Wright Brothers than to the present. The Air Force came to what was then known as Lockheed Aircraft Corp. in the early 1950s, when the post-mortems on World War II showed there was a need for a whole new type of aircraft that could put down troops or key cargo anywhere in the globe. “When there’s a need to get supplies or troops up to the front, there isn’t always a nice, clean concrete runway waiting for you,” said Peter Simmons, the communications manager for air-mobility programs at Lockheed Martin Aeronautics.

“The Air Force had two requirements,” said Reynolds. “It had to have rough-field capability” – meaning that it could land in relatively flat areas that lacked a modern landing strip -“and it had to be able to carry the same amount of payload as a rail boxcar.”

Lockheed won the contract in 1951, and working from the company’s legendary Skunk Works facility in Burbank, Calif., flew the initial model, known as a YC-130, on Aug. 23, 1954. One of the engineers who played a key role in the design of the prototype was Kelly Johnson, who also achieved fame for his work on the high-altitude U-2 and the high-speed SR-71.

The first two prototypes came out of California, but after that the plane has been continuously produced at the production facility in Marietta, a suburb of Atlanta. The later models of the Hercules up through the current C-130J have all been manufactured at the Georgia plant, making the C-130 the longest continuously produced aircraft in aviation history.

The initial design of the aircraft was highly successful. Although the engines and other technology have been steadily upgraded through the decades, its standard cargo compartment length – 40 feet, with a stretched version of 55 feet – and distinctive features like its “Pinocchio” nose have changed little. In the late 1980s, officials at Lockheed Martin began discussions with the Air Force about a next-generation C-130, but there were no recurring monies in a military budget that was being downsized with the end of the Cold War.

Tracking hurricanes
“The company made a decision in 1991 to go ahead anyway with the process of developing what is now known as the ‘J,’ as part of our own investment,” “Reynolds said. The officials felt that even if the U.S. military budget remained constrained, there would be a foreign market for the upgraded model – a theory that was validated when the United Kingdom’s RAF ordered some in the 1990s. Reynolds said that in addition to its traditional cargo-plane role for countries around the world, C-130Js will be used in California to assist in firefighting, and others are stationed in Biloxi, Miss., for use as a hurricane-hunting aircraft. Yet even newer models are going to the Coast Guard for long range search and rescue.

Reynolds said that the new advanced propulsion system of the C-130J allow it to travel as much as 21 percent faster and up to 40 percent higher altitude than the earlier version. Its range, or distance that it can travel in one flight, has also been improved by 40 percent.

Because of the state-of-the-art cockpit – which includes a “heads-up” display that shows the pilot key readings on the cockpit glass in front of him – and other technological advances, the C-130J is able to fly with a two-man crew, while the older models required a crew of three.

Recently, Lockheed Martin rolled its 100th C-130J off the Marietta assembly line, and the total number that have been ordered so far come to 179. Reynolds said the company has enough orders to keep producing the aircraft through 2009. To keep up that production pace, the company has developed lean manufacturing techniques that have streamlined the assembly process. It also has developed a better system for subcontracting some aspects of the assembly, even working with overseas firms if that will improve production and save money.

The C-130J is just one aircraft in Lockheed Martin’s successful lines of military aircraft. The company has shipped more than 4,000 of its top-line F-16 fighters to 24 countries, and also among its dozen well-known products are the U-2 spy plane and now the advanced F-35 JSF, which stands for Joint Strike Fighter. Its next-generation F/A-22 Raptor has the ability to fly at twice the speed of sound, at an altitude of 60,000 feet with highly maneuverable stealth capabilities.

Reynolds said the new fighters, when combined with the success of the C-130J, will allow Lockheed Martin to retain its leadership role in the defense and aerospace fields. In addition, the company has extensive advanced development programs looking at the aircraft and systems for the future. Said Reynolds: “Our key commitment is to excellence to use advanced technology to keep our leading edge.”