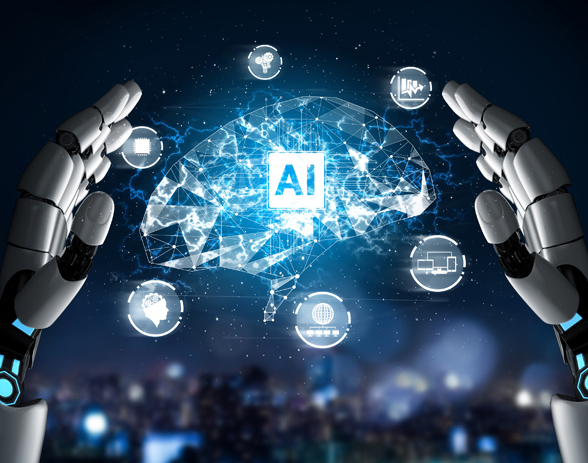 With new AI and machine learning solutions, manufacturers are seeing growth and optimizing their talent investments. 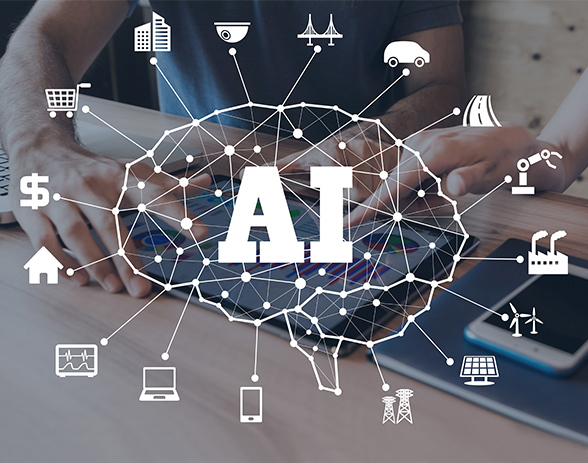 By Abhishek Bhattacharya, global head of strategy and operations, Digitate

The manufacturing sector has been taking a closer look at the possibilities of autonomous IT processes. These include reduced costs and greater efficiencies of scope and scale. Autonomous technologies are relatively new, and it’s clear that not all applications are equally effective. This can lead to reluctance to implement a new technology whose impact on business processes could be huge. There are several factors to consider that will lessen concern about the adoption of autonomous AI technologies.

Why autonomous AI is becoming a necessity

Today’s manufacturers are dealing with a tsunami of data and an increasingly complex digital landscape. At the same time, hiring or reskilling workers at the same pace to manage this essentially remains a dream for most managers. IT departments are struggling with many issues, all at the same time along with outages and hacks. Naturally, non-urgent issues get pushed deep down the “things to do later” list and often get forgotten.

These non-urgent issues are often tell-tale symptoms of a larger problem – not much different than a cancerous tumor growing inside an organization’s IT setup. The tumor could be manageable if detected early but often escapes detection by tired and overworked eyes and causes systemic and irreversible damage once it reaches critical mass. This often results in data or business loss such as an e-commerce outage, payment gateway failure, stock shortfalls in a retail store, supply chain bottlenecks and so on.

You might think that adding more “eyes” to the IT department will fix the issue, but in reality there are hardly ever enough skilled professionals available to keep up with the amount of noise coming from IT systems, separate actual signals from them and take a deeper look at each one of them. IDC predicts that the collective sum of the world’s data will grow to 175 zettabytes in 2025 – that’s a compound annual growth rate of 61%. There’s just no possible way that humans can deal with all of this unaided. Organizations of almost any size will have to implement some kind of automated system to tackle this mass volume of data and signals. It could be as simple as a bot (short for Robotic Process Automation– RPA) or an upscaled, state-of-the-art AI system. Today’s cutting-edge tools include Artificial Intelligence and machine learning techniques that can operate independently and manage itself. If deployed and integrated in a well-planned manner, these ‘Autonomous AI’ systems can keep humming along in the background working at many times the speed of human operators and fix most if not all basic problems before you could complete this sentence. Equally important – these tools and products have a very precise ability to find needle in the haystack kind of scenarios using advanced statistical models and bring them to the notice of IT admins (humans) for a deeper look.

They are those though who have (and will continue to do so) resisted the concept of automation for fear that autonomous technologies are taking away jobs. While it’s no secret that CFOs and CIOs are very interested in how automation will help save them money, it’s not that cut-and-dry if you want to make a business case out of this. This is often true for any new technology before it gets widespread adoption and history has some examples to serve us here.

During the Industrial Revolution many new technologies and changes arose that were met with the same skepticism at that time. But in hindsight, many of those innovations created more jobs than they took away in the long run, freeing up people to work on more meaningful tasks instead of rote manual labor. This seems to be the case for the “automation revolution” that is upon us, as well. A report from global research and advisory firm Gartner, Inc. predicted that 2020 is going to be the tipping point when AI starts creating more jobs than it takes away.

So, it isn’t that AI is taking jobs away; rather, it’s introducing a new smart colleague that frees IT staff to work on more meaningful, complex issues that truly require the ingenuity of a human mind.

A well-known application of autonomous AI is self-driving cars. However, even these vehicles still use humans in the driver’s or passenger’s seat, ready to take over if need be. Extending the same analogy to today’s automated AI-enabled technologies, a recommended way to proceed with is via a controlled trust-building exercise, deploying capabilities one application at a time, ideally starting in non-business-critical areas. As you start getting a grip on how the technology works, you can work your way up the ladder, course correcting when needed. This way, you get to see what insights the new tools deliver and also make sure you’re comfortable with it before expanding it to other business entities.

According to Gartner, AI and related technologies will replace almost 69% of the manager’s workload by 2024 – and companies that aren’t using AI and automation in some form by 2022 will fall behind their competitors. Every manufacturer may have a different appetite for AI-driven technologies based on their size and scale of operations, how modern their IT is and other factors specific to their circumstances but the question when it comes to adopting AI technologies is no longer if or when, but how.

There are two best-in-class recommendations to help with successful Autonomous AI implementation. The first is to have a change management strategy in place. Sometimes, IT professionals may feel like they’re being asked to give away the keys to the kingdom, even handing over their jobs to an AI. To allay fears, it’s a good idea to put change management in motion.

The second is to start small. With AI adoption, as with any new endeavor, trust and visibility are important for stakeholder buy-in. Most organizations are wary of the “big bang” approach – they don’t want to put all their eggs in the same basket. Starting small in one area is often a wise approach. Go for the small wins, don’t expect a return on investment in the first year, and always have a plan to expand into high-value use cases.

Autonomous AI has the potential to alleviate the majority of redundant, time-intensive work in manufacturing IT departments. Understanding the truth behind the misconceptions is key to helping manufacturers successfully implement this technology. Time is of the essence as AI quickly moves from being a “someday” nice-to-have to becoming a business imperative. Not only will your organization gain in productivity and efficiency, but it also will help ensure your IT team can focus on higher-value work. There will be pitfalls along the way but hopefully with some of the recommendations above, you’ll be well on your way to successfully navigating the waters of your own AI adoption journey.

About the author
Abhishek Bhattacharya heads strategy and operations for Digitate, a software venture of Tata Consultancy Services. He is responsible for strategic planning and forecasting, business operations, enterprise risk management and select key program initiatives. He has been part of Digitate since inception and has played various customer facing roles before assuming his current responsibilities.