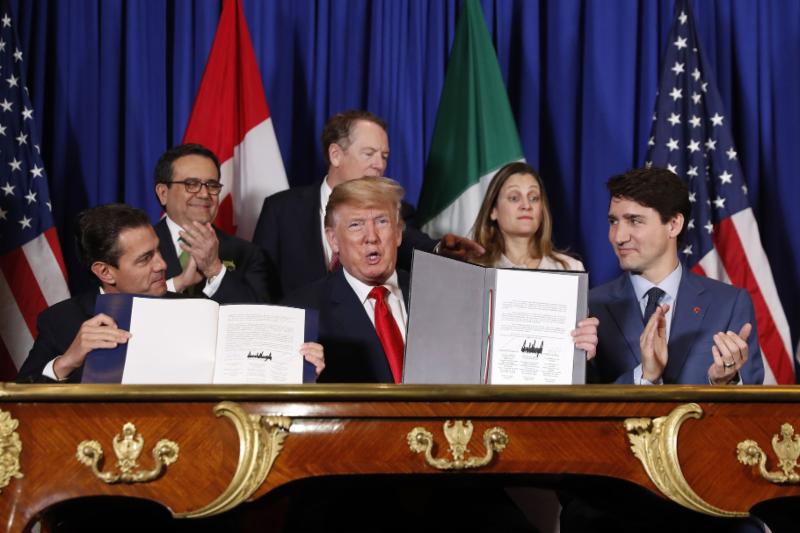 Twenty-five years since the passage of NAFTA, the clock is ticking on a new trade deal with Mexico and Canada (USMCA) with President Trump’s submission of the draft Statement of Administrative Action (SAA) to Congress. Mexico ratified USMCA on June 18, and Canada is waiting for the U.S. to move first.

Can President Trump deliver on his campaign promise to improve NAFTA?

What is “Fast Track Authority”?

The Trump administration wants USMCA to be considered under the Trade Promotion Authority, also called “fast track authority.” This allows the U.S. Trade Representative (USTR) to negotiate a trade deal with other countries and with an “up or down vote” in Congress (no changes to the underlying legislation) under an expedited approval process. Once the “fast track” process begins, a strict timetable is triggered.

Why should businesses care?

U.S. businesses seek certainty with long-standing trading partners Mexico and Canada. Trade with Canada and Mexico supports 12 million American jobs, including more than 2 million at more than 43,000 manufacturing firms across the U.S.

The U.S. exported $91 billion in services to Mexico and Canada in 2017, with the fields of audiovisual, software, architecture, accounting, engineering, project management, banking, insurance and other areas continuing to grow.

According to the USMCA Coalition, the deal “modernizes the rules of trade in North America with state of the art provisions” in market access, digital trade, intellectual property, agriculture and financial services, among others.

How fast is “fast track”?

Lap 2: Draft SAA sent to Congress
President Trump caught many by surprise on May 30, clicking his procedural stopwatch by sending Congress his draft SAA. This started the minimum 30 calendar days required to pass before legislation can be sent.

House Ways & Means Chairman Neal sought to soothe Democrats, stating the “timeline for the consideration of a renegotiated NAFTA will be determined by the completion of the work that remains to be done by Democrats and Ambassador Lighthizer,”not by the premature submission of a draft SAA.

The House has a maximum of 15 legislative days to vote on the legislation. However, Pelosi won’t release USMCA without significant Democratic support.

Lap 4: Senate
The Senate Finance Committee has up to 45 legislative days to vote, starting the clock when legislation is sent to Congress, or more likely, waiting until the House passes USMCA.

After Senate Finance acts, Majority Leader McConnell has up to 15 legislative days for a Senate floor vote.

What are the primary political hurdles?

The Administration removed a major hurdle on May 20 by lifting aluminum and steel tariffs imposed on Canada and Mexico, satisfying Republicans who required their removal in exchange for USMCA support.

How fast and what to watch?

President Trump starts the clock by sending implementing legislation to Congress, but Speaker Pelosi controls when and if USMCA moves by giving Ways & Means Chairman Neal the green light to advance the legislation.

Technically, with “fast track,” USMCA legislation could be introduced and signed into law quickly. However, since House Democrats and USTR Lighthizer have yet to find agreement, the vote will likely take place after Labor Day. Only time and securing the necessary votes will tell.

Mary Moore Hamrick leads Grant Thornton’s public policy initiatives and government affairs efforts, based in Washington, D.C. She is the firm’s primary liaison with members of Congress, the accounting profession’s standards-setters, regulators and other policymakers, ensuring that Grant Thornton’s policy positions are well-represented. Hamrick is a member of Grant Thornton’s U.S. National Leadership Team and chair of the firm’s Political Action Committee. Hamrick has more than 20 years of experience working for and then with the U.S. Congress. She most recently served as the senior director of external relations and strategic planning for the Center for Audit Quality.