Andrade Mendonça constructs commercial, residential, industrial and public buildings and is defined by its vanguard projects.
The company’s timely completion of the Governador Plácido Castelo Stadium (Castelão) in Fortaleza, Ceará state, is the first stadium ready for the 2014 soccer world cup, dispelling rumors that all Brazilian constructors are behind schedule.

Andrade Mendonça is also known for its four-year joint venture with Cyrela, which produced 10,000 residential units in the north east of Brazil, and the revolutionary management and construction of Salvador Shopping Mall in Bahia. With the opening of the Castelão, Andrade Mendonça is now taking further steps toward the public sector.

“Each project is individual and treated case by case,” says Company President Antônio Andrade Júnior. “Progress and growth are the same; we deal with all our projects separately and manage a decentralized structure, which has been at the heart of our success.”

Making History
Andrade Mendonça was founded in 1977, when Antônio Andrade left the supermarket chain Pães Mendonça he had led with his brother-in-law to construct houses in the Bahian countryside.

Andrade’s project a success, his company grew in the residential sector. He also embarked on commercial construction; gas stations, supermarkets and warehouses.

When he died suddenly in a car accident in 1988, he left Andrade Mendonça in the hands of the current president, Andrade Júnior.

Andrade Mendonça moved from strength to strength under the new leadership, winning notoriety in 2006 when it agreed a partnership with Brazilian construction company Cyrela. Cyrela Andrade was a strategic step by Cyrela to develop business in the north east, where Andrade Mendonça was an established name.

The joint venture was mutually beneficial, producing innovative housing in the region and generating $1 billion before being acquired in its entirety by Cyrela in 2011.

At the same time, Andrade Mendonça was also moving forward in the commercial sector; mainly with the Salvador Shopping project. The mall in the Bahia state capital, Salvador, marked a new concept in design and construction.

“Previously, the idea of a mall in Brazil was a hangar style construction lined with stores. Salvador Shopping is revolutionary – an indoor avenue with air-conditioning, security and ample parking facilities,” explains Andrade Júnior.

The mall is an international reference for Andrade Mendonça; the company participated in all stages of the project from land purchase to planning, construction and expansion.

With the end of the Cyrela partnership, Andrade Mendonça decided to focus on the commercial and public sectors – creating an impact with the impressive Castelão and also the 176,000-squaremeter Centro de Eventos do Ceará (Ceará Convention Center) for 25,000 people in Fortaleza. The latter was the first public project to be completed by the company. Both of these public buildings were constructed in association with Galvão Engenharia.

Making a Difference
Modestly, Andrade Júnior says: “We don’t yet have the experience to undertake big constructions alone, public buildings are not in our DNA; our differential is that we look for the right partnerships for the right projects – engineering the means to best serve our clients on time.”

Side-stepping industry obstacles to meet deadlines is an overriding quality of Andrade Mendonça. Without going into detail, Andrade Júnior explains the end of Cyrela Andrade: “The market cooled off and [residential property construction] entered a difficult period.” It also came at a time when Andrade Mendonça was already focusing on commercial and public developments.

“We have been in the business for 35 years and the secret to our success is handling and costing each project as an individual business. The common denominators are on-time completion, price and quality,” Andrade Júnior adds.

Andrade Mendonça controls its ‘business units’ from its 400-square-meter offices in Salvador, Bahia. There the 100 full-time staff controls the projects, which currently employ 2,500. “Our biggest differential is people: engineers, technicians and all the professionals and partners that work with us – our business is people,” Andrade Júnior affirms.

Andrade Mendonça’s success has been reported in ‘O Empreteiro’ magazine, which ranked it among the fastest growing engineering enterprises in Brazil. It also featured in ‘Exame’ magazine’s list of the nation’s most important companies.

With 500 percent growth in the last two years (thanks to completion of Castelão), and annual revenue to the tune of $125 million, Andrade Mendonça is in good stead for future projects. “Our client is our priority, and our financial planning is based on a project-by-project basis. We are not the cheapest in the market, but our success and growth are a direct result of commitment and reliability,” Andrade Júnior says.

Making Plans
At the moment, the company is constructing the Kimberley Clark factory and Boticário (cosmetics) distribution center, both in Bahia. Further projects totaling $250 million are in the pipelines.

According to Andrade Júnior, there is no longer enough demand in the residential sector in the north east. “Cities like Salvador have plenty of stock, and to sell the stock you have to alter prices. Altering prices changes the company’s finances,” – a strong indicator of Andrade Mendonça’s moves toward the public sector.

A rocky economic history has thrown many Brazilian construction companies on hard times. Andrade Mendonça has overcome these through its flexibility, expanding and contracting its size to meet current demand. Andrade Júnior explains: “Our offices have not grown and we don’t plan on increasing them. What grows is our structure and ability to handle our projects.”

Potential in the north east of Brazil is high, and although Andrade Mendonça has worked in other regions and even abroad (Angola), Andrade Júnior says that current plans are to concentrate on diversification in the domestic public sector.

Looking ahead to more construction innovation from Andrade Mendonça, Andrade Júnior discloses no fine details but promises continuation to the current success: “Unlike retail, our sector is not so predictable. We plan to do more good business.”

Revising the Post-COVID Playbook for Manufacturing 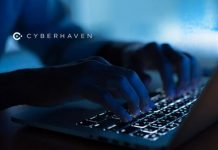 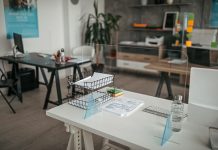