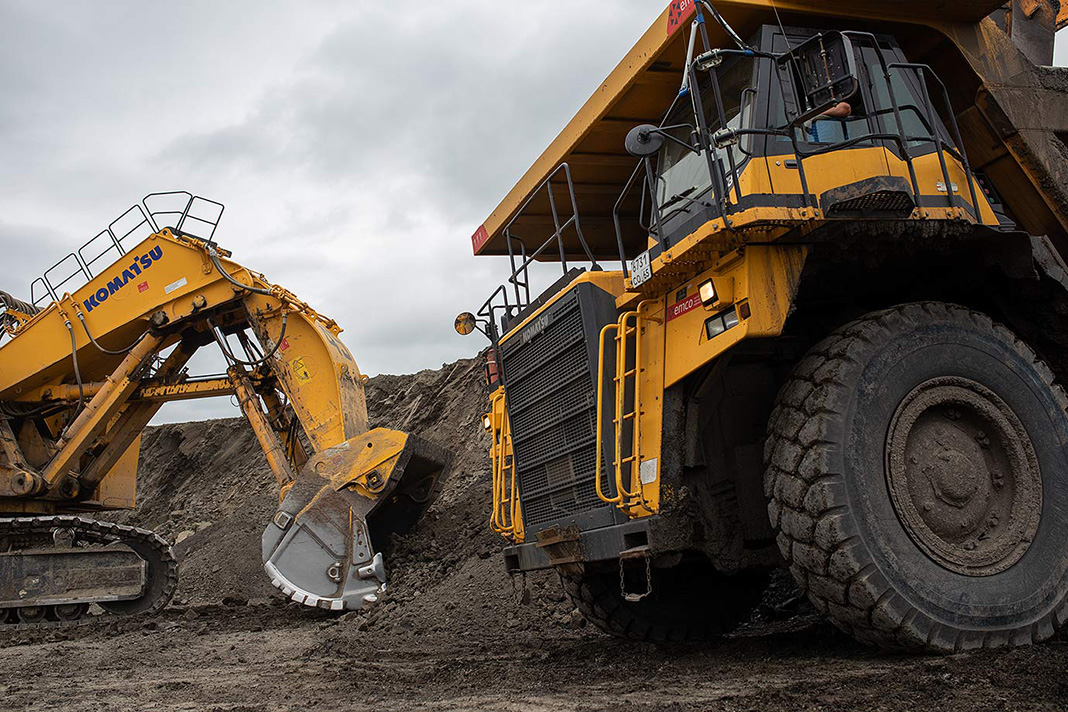 Lean Production implementation always begins with a “top-down” approach, because it is the simplest and the most straightforward.

Today, when the mining industry is plagued by unstable demand, volatile prices and the growing cost base, operational efficiency comes to the fore of the management’s tasks. This is even more important for the coal industry as its access to project funding becomes increasingly constrained by the environmental policies of the international banks. That means in turn that coal companies cannot compensate their dwindling margins by volume growth as much as in the past. On the other hand, the current methods of labour organization and digital solutions offer a wide range of instruments, which – if properly applied – enable a coal company to leave its competitors far behind. However, that requires not only the diligent application of those technologies, but a total change in the operational philosophy on the shop floor, and especially among the engineers and technicians – middle management. A true change in their mentality is needed.

In this case study, I review the successful application of this approach at the East Mining Company (EMCO) – one of the most dynamically developing coal projects in Russia and the Far East – which fetched 14 million dollars of additional EBITDA in just over 1 year.

Company overview: EMCO is engaged in energy coal mining on Sakhalin island in the Sea of Okhotsk. The company’s reserve base is ca. 300m tons. It exports almost 100% of its production to the Asia-Pacific region through its own port of Shakhtersk, which is 28 km from the mine. The coal is extracted by open cast mining. Production stood at 11m tons in 2020. The company’s main projects are the construction of a 23-km conveyor belt to connect the mine with the port – the longest in Russia to date – and the modernization of the port infrastructure to increase its throughput capacity to 20m tons annually.

EMCO, like many coal companies, was surfing the crest of the wave in 2017-2019 due to the exceptionally good market, which coincided with the company’s most dynamic period of growth as mining volumes nearly tripled from 4 million tons in 2016 to 11 million tons today in line with the shareholders’ plan to increase volumes to 20 million tons a year. The volumes growth went hand in hand with an increase in the stripping ratio, which is normal for a ramp-up phase, but that meant that the production costs also rose.

This is justified in the growth stage if the margins are positive: every additional ton delivers extra profits to the shareholders. However, it became clear in 2019 that the project’s sky-high development tempo was slowing down while market prices were stabilizing.

As the company’s former CFO, I therefore persuaded the shareholders and the management to shift focus and concentrate on the business’s operational efficiency. As a result, I was charged with heading a new task force specially created to implement these ideas.

The launchpad for improving the operational efficiency in every business is the implementation of Toyota Business Systems (TBS), which is broadly based on two pillars: eliminating unnecessary operations and minimizing equipment downtime.

These principles have spawned a wide range of instruments: Total Productive Management (TPM), SMED, 5S – the whole array of these methods and instruments is known collectively as Lean Production.

Lean Production implementation always begins with a “top-down” approach, because it is the simplest and the most straightforward. Key inefficiencies are spotted very quickly due to the “low base” or the “low hanging fruits” effect. All management has to do is to find the instruments to eliminate them and implement the incentive structure to stabilize the result. I give several examples below, each related to a basic principle of Lean Production.

1 Overburden – the material that lies above an area that lends itself to economical exploitation.
2 Vessels refurbished to reload bulk cargo from smaller barges onto larger ocean-going bulkers.
3 Demurrage – a charge payable to the owner of a chartered ship on failure to load or discharge the ship within the time agreed.