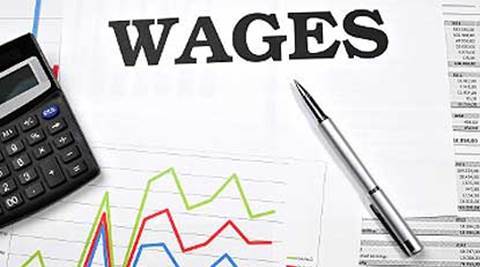 Last Friday’s U.S. jobs report (for January) contained a special bonus: On top of the usual monthly numbers, and the insights they yielded on the impact of Trump tariffs on domestic manufacturing (described in this post), the statistics incorporated an annual revision that goes back several years – and they change the picture of industry that’s been available to date.

The big takeaways: U.S.-based manufacturing’s job creation performance has been slightly weaker lately than initially reported. But its wage performance has been more mixed – better in absolute terms but worse compared with the private sector overall. (The focus in this post when discussing relative performance is mainly on the private sector, because its economic performance stems largely from market forces. For the overall non-farm employment figure – the definition of the American employment universe used by the Labor Department, which reports these data, includes government jobs. Their results are driven largely by politicians’ decisions.)

First, let’s examine those latest monthly jobs numbers. They show that manufacturing hiring kicked off the new year on a soft note. Only 13,000 net new jobs were added – the worst such figure since August’s 8,000. And revisions were negative – with December’s initially reported 32,000 growth in payrolls downgraded all the way to 20,000.

The downward revisions also decreased the improvement manufacturing had shown as a share of total non-farm employment. According to the previous employment release, manufacturing’s share of this U.S. jobs total came in just short of 8.56 percent – the best such figure since July, 2016’s 8.56 percent.

Today’s report lowered that December number to 8.52 percent – and kept July, 2016 at 8.56 percent. January’s share is 8.52 percent as well. The revised data show that manufacturing payrolls during the Trump administration have still been rising faster than total non-farm payrolls, since the figure for the first full Trump month stayed at 8.49 percent. But the out-performance has been more modest than previously judged.

So has the total increase in the number of manufacturing jobs since this figure bottomed in early 2010 – shortly after the official mid-2009 beginning of the current economic recovery. Before the latest revisions, Labor Department data showed that, through December, domestic industry had regained 1.389 million (60.58 percent) of the 2.293 million net jobs it had lost during the recession and its aftermath. Now, this figure stands at 1.356 million (59.14 percent of the lost jobs), and in January, it rose slightly to 1.369 million (59.70 percent).

Worse, the revised results show that manufacturing has been just as much of an employment laggard during this recovery than previously thought. Pre-revision, the Labor Department reported that overall private sector employment fell by 8.785 million from the December, 2007 onset of the last recession through its own February, 2010 bottom. These figures also pegged private sector jobs gains as 20.608 million from that low point through last December.

The revised private sector figures are 8.794 million jobs lost during the recession and its immediate aftermath, and 20.533 million regained through December. The January results pushed the jobs rebound figure up to 20.829 million.

On the pay front, the revisions show that manufacturing wages during the current recovery have actually risen slightly faster than previously reported, but that the gap with overall private sector wages actually widened.

The overall private sector didn’t enjoy a great wage month in January, either: Pre-inflation hourly pay increased sequentially by only 0.11 percent – its worst such performance since October, 2017’s 0.15 percent decline. In addition, December’s monthly gain was revised down from 0.40 percent to 0.36 percent. But these latest results still beat manufacturing’s.

The January drop-off depressed manufacturing’s year-on-year pre-inflation wage gains down to 1.38 percent – the weakest such advance since February, 2015’s 1.25 percent. But the upward December monthly revisions did push that month’s annual increase up from 1.98 percent to 2.02 percent.

The new revisions improve manufacturing’s wage performance throughout the recovery, but not by much. Previously, such hourly pay was reported to have risen only by 18.60 percent from the expansion’s June, 2009 onset through December. Now that increase is judged to have been 18.72 percent, but the January monthly drop dragged down the new cumulative figure to 18.20 percent.

But from mid-2009 through December, pre-inflation hourly wages for the overall private sector also rose faster than previously thought – by 24.35 percent rather than 24.21 percent. As a result, the gap between the two widened, with private sector wages having increased by 30.07 percent faster than manufacturing wages during this period, not the 29.68 percent originally reported.

And the January numbers broaden the gap still further – to 34.50 percent.

The January inflation-adjusted wage figures won’t be out till later this month, but they don’t favor manufacturing, either, especially over the longer run.

In real terms, December’s monthly manufacturing wage increase has been upgraded from 0.28 percent to 0.37 percent, but the November results are literally a mirror image. They’ve been revised down from a 0.37 percent improvement to 0.28 percent.

The overall private sector’s after-inflation December wage gains have been revised down, too – from 0.46 percent to 0.37 percent. It’s 0.19 percent November advance was left unchanged.

On an annual basis, the new revisions still leave manufacturing’s December real wage gains at zero. At least that represented an improvement over the previous annual decrease of 0.28 percent. The overall private sector’s performance was upgraded from 1.12 percent to 1.30 percent – its best such results since 2015’s 1.82 percent.

The story is scarcely better for manufacturing when extended to the entire recovery. As with current-dollar wages, constant-dollar wage growth during this period was revised up – from 0.75 percent to 0.84 percent. The real private sector wage increase was upgraded, too – from 5.43 percent to 5.63 percent. So the real wage performance gap widened actually decreased – from 7.24 to 1 to 6.70 to 1.

Nonetheless, manufacturing remains in a real wage recession. After-inflation hourly pay is down 0.09 percent on net since February, 2017.