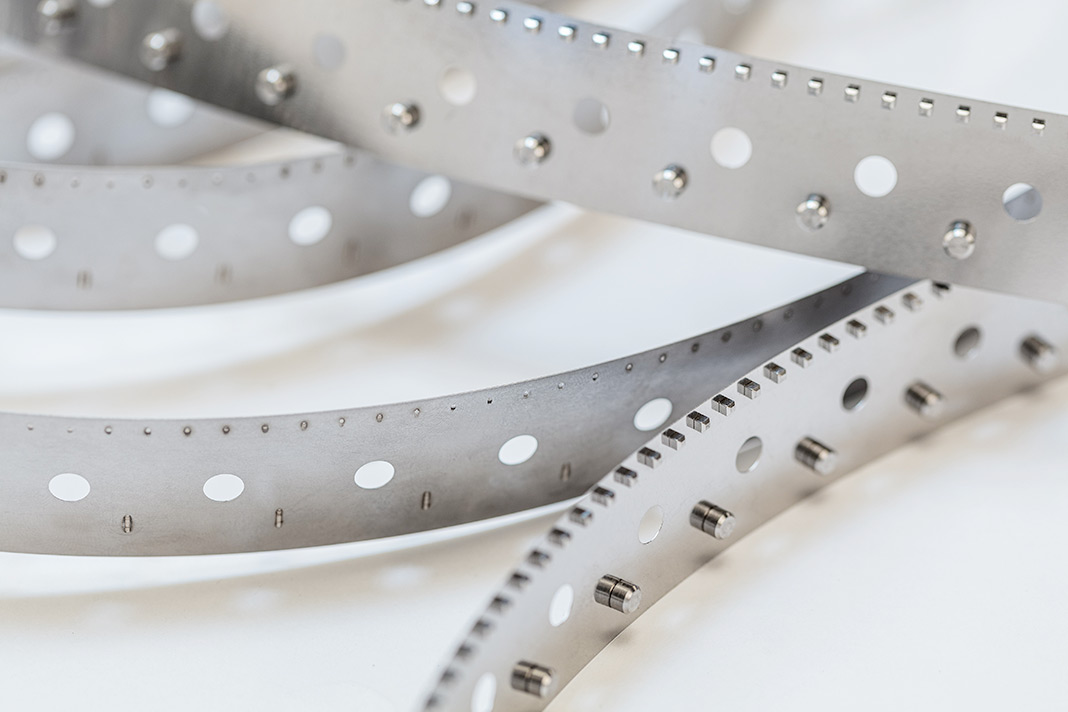 With ongoing hiring issues, manufacturers are turning to robots for help. And metal belts are integral to the functioning of these robots.

The past two years have seen major upheaval in the manufacturing and warehouse industries due not only to supply chain issues, but a nationwide labor shortage affecting almost every industry. One survey found that 73 percent of warehouse operators say they cannot find enough labor, and this trend is not predicted to end anytime soon. In fact, with many current workers set to retire in the coming years, the manufacturing sector could have a shortage of 2.1 million skilled jobs by 2030, according to Deloitte. To offset the hiring struggles, many manufacturers are turning to robots to keep their operations moving.

While critics will say robots are replacing human workers, a recent study found that 57 percent of global manufacturers said the robots in their facilities are not displacing workers but working in conjunction with them. Adapting to a robot/human hybrid work environment has provided many manufacturers the opportunity to expand their output, train workers for new positions with higher skill levels and attract a younger labor force  interested in working with technology. Although many companies are struggling to hire, some lucky ones were able to expand thanks to the help of robotic workers, as well as create new roles for human workers when adding robots to their facility.

With the rise in robotic workers, there also comes a surge of new tech, significantly increasing the capabilities of robots inside a manufacturing facility. Although there are some incredibly high-tech options that integrate artificial intelligence, the vast majority of robots are used for things like welding, painting, pick and place, packaging, labeling, assembly, inspection and testing, palletizing and other repeatable tasks that can be mundane and taxing for human workers. Metal belts are an integral part used within many robotic workers, and the assembly lines they work on, to increase their productivity and longevity.

Why metal belts? A common type of metal belt used inside a robot is a drive tape. In a robotic arm, the drive tape works as a tendon, helping the arm to move in a repeated, steady motion such as grasping a package. Stainless steel belts are the better choice when it comes to producing sensitive electronics, medical equipment and other products that require absolute precision as they are virtually non-stretchable and able to execute the same motion over and over without failing or outgassing. Not only that, but they are easy to clean, do not require any lubrication and do not generate particulates. This not only makes them easy to maintain but also ideal for sterile environments like clean rooms and vacuum spaces. Other benefits include high resistance to both extremely hot and extremely cold temperatures as well as a high strength-to-weight ratio, making them perfect for almost any application or industry.

A specific application that metal belts are ideal for is the manufacturing of semiconductor wafers. Stainless steel drive tapes can perform with near-zero backlash, which optimizes positioning accuracy and creates reliably smooth robotic movement. Stainless steel drive tapes can also be customized for optimal performance in any application, which for semiconductor devices, includes dielectric etching, atomic layer etching, vapor deposition, plasma beveling, electrochemical deposition and more. Since the metal belts are sterile and easy to clean, they operate efficiently within the demands of a contamination-free environment, which is needed for the delicate creation of semiconductor wafers.

Another common application for metal drive tapes includes 3D printers, which will also commonly use stainless steel printing belts. Some metal belts can be coated with surface treatments including elements like silicone, Teflon® or neoprene to increase or decrease the friction of the surface. In the case of 3D printing, friction-reducing properties are often used to make the drive and printing tapes smoother, resulting in precise and repeatable results. Because they are more durable than their fabric counterparts, the metal belts are able to run longer despite the taxing load being placed on the belt day in and day out. With less need for replacements, cleaning and maintenance, the machine can run for longer and turn out more products.

Many factors have contributed to a rise in robotic workers in manufacturing facilities across the country. With the help of metal belts inside these incredible machines, many manufacturers are able to keep up with demand despite struggling to hire human workers.

About the Author:
Denis Gagnon has been the CEO of Belt Technologies since 2019. A graduate of Babson College with a BA in accounting and Columbia Business School with an MBA in finance, Gagnon is a seasoned professional with more than 25 years of financial and executive management experience with multinational firms.