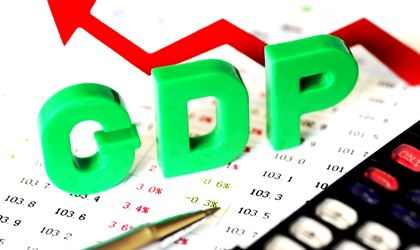 It’s still not possible to say confidently that the impact of tariff-related distortions are over (at least for the foreseeable future), and that President Trump’s trade policies are once again enabling the U.S. economy to grow strongly faster than its debt-producing trade deficits (i.e., more healthily and sustainably). That moment won’t arrive until May 9, when the last of the monthly trade figures for the first quarter of this year will be reported (at least in a preliminary form).

But Friday’s initial first quarter results for the gross domestic product (GDP – the main measure of the economy’s size and its growth), bring the moment a good deal closer.

Just to recap the main issue: I’ve explained on RealityChek (e.g., here) and elsewhere (e.g., here) that the real measure of Mr. Trump’s trade policy success or failure isn’t the level of U.S. trade deficits presented in isolation. It’s whether the economy can grow at adequate rates without pulling in ever more imports – which are both bought by consumers and used by producers as parts, components, and materials for their final products. Either way, though, their increases on net plunge America deeper and deeper into debt.

With anything as big as the American economy, trends don’t reverse themselves quickly. So the best evidence of change would indicate that the relevant arc is starting to bend in the right direction. In this case, that means signs that growth becomes or remains adequate as the growth of the trade deficit slows. That’s exactly the story that could be told convincingly with some of the latest releases of trade-related numbers (see, e.g., here and here), and that the new first quarter GDP results strengthened further.

First, it’s important to note that the new advance data show that, after adjusting for inflation, as of the first quarter, the U.S. economy grew at its fastest pace over a four-quarter period (3.21 percent) since the second quarter, 2014-second quarter, 2015 period (3.37 percent).

But the first sign that the new growth has been healthier growth emerges when the change in the real trade deficit is examined. During that previous, somewhat faster, growth period, the price-adjusted trade gap widened by 21.55 percent. During the last growth period, which was only slightly slower, the trade deficit actually shrank slightly – by 0.34 percent.

As known by RealityChek regulars, though, changes in the overall real trade deficit have only limited utility for judging the usefulness of American trade policy because the total flows include oil and services trade. The first is rarely the subject of trade diplomacy or policy-making, and liberalization of the latter has made only embryonic progress so far.

The portion of the trade shortfall most heavily influenced by trade policy decisions is that in non-oil goods – what I’ve called the Made in Washington trade deficit. Unfortunately, exact comparisons between the 2014-15 and 2018-19 growth periods can’t yet be made because even the preliminary results for the first quarter of this year won’t be published until the March trade data are released on May 9.

But between the second quarter of 2014 and the second quarter of 2015, the Made in Washington trade deficit jumped by 18.83 percent. Between the first two months of 2018 and the first two months of 2019, it increased by only 3.17 percent. And because of the fading of the tariff front-running effect (described in this post), it’s highly unlikely that the March and full first quarter numbers will change this arc significantly.

The improving trade deficit and its contribution to healthier economic performance also can be seen by examining the contribution made by that better balance to quarterly growth. In the first quarter of 2019, the 5.90 percent sequential shrinkage of the trade gap was responsible for 1.03 percentage points of the 3.13 percent annualized sequential growth. That’s 32.91 percent of the total – and the highest such figure since the fourth quarter of 2013, when the trade deficit’s decrease fueled 1.23 percent points of the 3.19 percent annualized sequential growth (38.56 percent).

Some other trade-related highlights of the new GDP report:

>Combined goods and services exports in the first quarter hit a new record of $2.5765 trillion at an annual rate.

>Real goods exports were up, too, quarter-to-quarter. But their $1.7598 trillion annualized first quarter total was only the second all-time highest (after the $1.8092 trillion in the second quarter of 2018).

>Constant dollar total imports in the first quarter fell on-quarter but they still represented the third highest total on record – $3.4758 trillion at an annual rate.