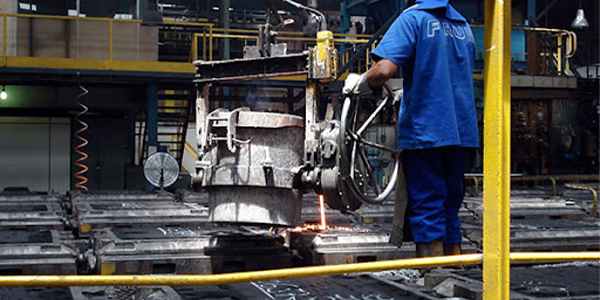 From an office at the Frum complex in Extrema, Minas Gerais, in the southeast of Brazil, commercial director Roberto del Papa holds forth on the defining philosophy of the 54-year-old auto parts manufacturer, one of the first companies in its sector: “Each and every day, every person who works at Frum is focusing on one goal: how to become the world leader in our field, creating brake and suspension parts for heavy-range vehicles.”

One would normally associate such fervent determination with an ambitious upstart, but Frum has been an active player in Brazil’s automotive market since it was founded in 1952 by Pedro De Sordi, who, to this day, continues to preside over the family-owned company. When De Sordi began making cast iron brake drums in a small São Paulo garage, there was no automobile industry in Brazil to speak of. Like other Brazilian auto parts manufacturers, Frum made aftermarket brake components that were sold to American automotive giants such as Chevrolet, which at that time was selling its cars in Brazil. Over the years, the company grew slowly, but steadily, expanding its line of specialized cast iron parts to include wheel hubs, brake discs, drums, and rotors, spring locks, suspension arms and supports. In doing so, this 100 percent Brazilian-owned company transformed itself into an internationally known name. Aside from providing parts to major manufacturers of buses and trucks within Brazil – such as Agrale, ArvinMeritor, Ford, Facchini, and DaimlerChrysler – Frum went international, becoming one of the leading manufacturers of cast iron automotive parts in all of Latin America.

Sink or Swim
Although Frum’s ascent to industry leader didn’t happen overnight, there was a critical moment in the company’s history when it was forced to decide whether it would sink or swim. In the early 1990s, Brazil began opening up its borders to imports and foreign investors with the aim of entering the global market. Says Roberto Del Papa, “After years of being sheltered, Brazilian companies were forced to become more competitive. They had two choices: grow or disappear. Frum decided to grow.”

The company embarked on a multi-pronged growth strategy. It sought out new markets, courting major bus and truck manufacturers at home and overseas. Although it had always exported parts, up until the mid-1990s volumes had been very small. However, with new clients in Latin America, and especially the United States and Canada, Frum’s exports began to take off with the result that today they account for 25 percent of business. At the same time, the company stopped being merely involved in aftermarket products and began supplying OEMs. While today, Frum is the leading supplier of aftermarket products in its sector, controlling 35 percent of the market, it also produces brake components for major manufacturers of trucks, buses and trailers, tailoring products to meet with each client’s specifications.

At the same time, the company began investing seriously in increasing its product capacity. Until 1996, Frum had churned out 900 tons of cast metal products a month. Major investments in infrastructure and equipment caused that number to increase exponentially. Says Del Papa. “In the last 13 years, we’ve grown 12 times larger. Today Frum produces 5,000 tons per month. Our projection for 2009 is 12,000 tons.”

Since the 1970s, Frum’s foundry and surrounding plant have been strategically located on a major highway linking two of Brazil’s most important urban centers, São Paulo and Belo Horizonte (the capital of Minas Gerais), and a mere 95 miles from Brazil’s largest maritime port of Santos, significantly facilitating logistics. The Minas plant currently features 320,000 square feet of buildings on 2,691,000 square feet of land (in 2002, Frum’s administrative and commercial offices also migrated to Minas from São Paulo). Says Del Papa: “Our one problem is the discharge of residue. In keeping with environmental regulations, we are obliged to have a sanitary landfill in order to receive this waste. Fortunately, ours is within our facilities. This helps a lot with the costs – we don’t need to pay for transportation or for the costs of using an external site. Meanwhile, we can still keep expanding: constructing up to 646,000 square feet of industrial facilities while leaving room to expand our discharge landfills.”

Indeed, expansion is what the company has been doing a lot of lately. In order to reach its goal of 12,000 tons per year by 2009, Frum has invested $60 million dollars in infrastructure, a major part of which has already been completed. Aside from a new plant, it has invested in a new Savelli molding line that has been added to its smaller Disamatic and BMD lines. Recently installed, the Savelli line is currently producing at 25 percent of its capacity, but by the target date of 2009 it should be in full operation. Frum has also invested in its state-of-the-art testing laboratories. It is currently, for example, the only company of its sector in Latin America with its own dynamometers, specifically designed and built to test brake drums and wheel hubs. Aside from testing the quality of its own products, Frum also allows OEMs, including clients such as Ford and ArvinMeritor, to take advantage of its ultra modern facilities.

Meanwhile, just as important as its investments in the latest global technology, equipment and software are the company’s investments in its human resources. “Having a well-trained, efficient group of collaborators is essential to us,” emphasizes Del Papa. “Today we have 450 people working for us. That’s the same number of employees we had 30 years ago, but today we produce 12 times more. The difference is that our people are much more qualified and prepared than they were three decades ago, with a very high level of professionalism and technical know-how. The people we hire arrive with a lot of experience and knowledge, but they are also constantly undergoing specialized in-house training programs. To this effect, we have also signed accords with major Brazilian industrial associations (such as SESI) that organize educational courses here at the company.”

Making More History
As the global market heats up, Frum is preparing itself to do battle with major competitors from China, Turkey and India, all of whom are experts in the cast iron industrial sector. Knowing that there is no intrinsic advantage in the products themselves that it manufactures and sells, Frum is preparing to attack on other fronts. “Brazil is rich in iron,” says Del Papa. “But because the prices for iron are international, Brazil ends up paying the same for this commodity as China does. What we have to do is compete in terms of the process, using technology and quality as leverage points.”

Even that however, is not always enough. This year, Frum – which has already earned ISO: 9001 and 14001 Certification – obtained the Ford’s coveted Q1 rating and an award from ArvinMeritor naming it the axle giant’s best supplier of cast iron products. Nonetheless, the company cannot afford to rest on its laurels. Says Del Papa. “Ford only awards the Q1 rating to a few suppliers. However, among these chosen few, the products are all the same. The difference is in the service and logistics that we can offer our clients along with the low prices that we can only achieve via better technology and investments in increased volume that decrease our costs.” And it is with the clear grasping of this reality that Frum prepares itself to add another 50 years to its history.