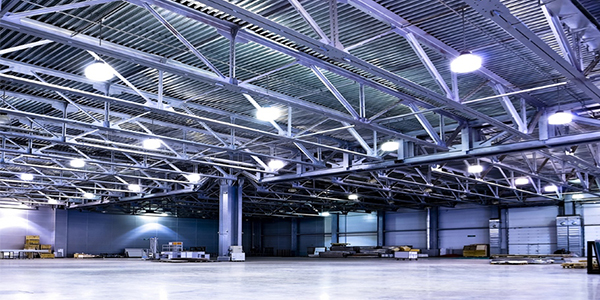 It’s a problem at Disneyworld that people never think about: While stopping to chat with Mickey Mouse, children can literally get hot feet. This is because of inground lighting that often heats up to uncomfort-able levels.

Companies like Genlyte Group are working to alleviate this problem with new LED (light emitting diodes) technology. Marketed under its famous Hadco brand these step lights run cooler than others on the market and are virtually maintenance free, offering venues such as Disneyworld an alternative to the hot lights that can make people skip down the lane, albeit, for the wrong reason.

This is just another way in which Genlyte Group, based in Louisville, Ken., is seeking to not only address needs within the market but to offer energy efficient products that can meet the emerging trends of the 21st century.

The company designs, manufactures, markets, and sells lighting fixtures and controls for a wide variety of applications in the commercial, residential, and industrial markets. It operates in these three industry segments through the following divisions: Lightolier, Day-Brite, Crescent, Capri, Controls, Hadco, Gardco, Wide-Lite, Stonco, Chloride Systems, Shakespeare Composite Structures, Vari-Lite and Thomas Lighting in the United States and Mexico, and Canlyte, Thomas Lighting Canada, Lumec, and Ledalite in Canada.

A solid state of business
Genlyte became a public entity in 1986, gaining an advantage because of its famous names such as Lightolier, which is over 100 years old, and which started in New York as a producer of gas lighting. The company gradually acquired more brands and then in 1981 Glen Bailey, CEO of Bairnco, acquired Lightolier along with three companies owned by Esquire. In 1986 Genlyte was spun off as a public company having an array of solid, leading edge brands under its umbrella.

The business became known as Genlyte Group last year after the company bought out the remaining 32 percent of the 68 percent it had owned as a joint venture partner with Thomas Industries. In the past, such joint ventures along with acquisitions have figured prominently in the company’s overall strategic plan, President Larry K. Powers explains. “This is the first year we haven’t been successful in any new acquisitions.”

Instead Genlyte Group has gone about strengthening the products within its own brand portfolio and such has been the case with its Lightolier brand, which dates to 1904. By the second World War Lightolier had built a reputation for design leadership in decorative lighting and after the war the company entered the architectural lighting market, introducing track lighting in the 1960s which propelled it to the forefront of the fast growing store lighting market. In the 1970s Lightolier pioneered high-performance fluorescent lighting and lighting systems for stores and office workspaces.

Now headquartered in Fall River, Mass., Lightolier is once again at the forefront of the store lighting business. “The market today for retail track lighting is very large,” Powers says. “There are literally hundreds of thousands of track heads in retail stores.”

Trends in this area involve the burgeoning use of solid state lighting, or LEDS, because they last longer and are more energy efficient, Powers explains. However, while the use of LEDS has expanded the market is still young. “White light has not gotten to a point where it is comparable to fluorescent lighting or other types of lighting but it is getting closer,” Powers says, explaining the primary use for LEDS continues to be in automotive tail lights and stop lights at intersections and exit signs. “The reds, greens and oranges are very effective at conveying the message,” he says.

To be at the forefront of this trend Genlyte next year is coming out with LED products under its Lightolier brand – the project will be the result of a partnership with several leading LED companies. In other areas Genlyte is active as well, particularly concerning the government’s new Energy Bill legislation, which sets in place a more stringent Energy Star rating process for both companies and residential users. Those who exceed the Energy Star program for suggested energy use get tax incentives to “charge out lighting” and save on energy expenditures. Powers explains the potential exists to replace between 800 million to one billion old T12 magnetic fluorescent light fixtures. Ironically, he adds, “the federal government is the largest user” of these older fixtures. Genlyte is also a proponent of dimmers, which can help to save energy and increase the life of the lamp. “We hope that through the Energy Bill we can help people to change their attitudes and realize the tremendous savings from changing from the old fixtures and implementing new cost-saving measures.”

From indoors to outdoors
At Genlyte what’s lighting the outside of a building is equally important. “Outdoor lighting is always extremely important because of security concerns,” Powers says. “It also helps to extend daylight. Our landscape lighting lasts virtually forever.”

As the most prominent example, the company’s inground fixtures for Disneyworld, marketed under the Hadco brand, are produced with LED technology. Says Powers, the range of benefits are numerous. “A typical LED has 50,000 hours lamp life – the typical now is 500 to 2,000 hours,” he says. This feature has become integral to Hadco’s Bullyte family of products, a line of accent lights that are powered using the Type III Luxeon LED technology.

Also under Hadco, Genlyte once again teamed with GE to use the company’s Ultem 2310R resin from GE Advanced Materials for improved resistance to UV light and heat. It provides the added benefit of molded-in color, for in-ground and above-ground applications. The resin helped Hadco improve the performance of its lighting fixtures. Further, the resin’s resistance to oxidation opened a new opportunity for Hadco in lighting for high-salt and other harsh environments. The result is that Hadco can now offer a superior lighting solution that can withstand the most demanding and punishing outdoor abuse.

Theatrical performance
In other news, Genlyte’s Vari-Lite, a premier provider of lighting for huge venues such as concerts and sporting events, including the Olympics, introduced last September its VL500(tm) Wash luminaire. Based upon the 1994 Emmy(r) Award-winning design of the VL5(tm) Wash luminaire, the VL500 is designed with significant performance enhancements.

“Our goal in reinventing the VL5 was to make improvements in all areas. And as a result the VL500 is now self-contained with onboard DMX512 control, onboard dimming, (optional) all power supplies, and strides in performance of the color, systems, and yoke movement,” commented John Adams, Vari-Lite Director of Product Development, at the time of the product announcement. “We also incorporated service yoke locks and a higher reflector efficiency.”

Weighing under 40 pounds, the VL500 has a revamped motor control system and an added display with an extended remote function, which allows shop addressing and adjustment of other fixture parameters by means of an optional battery-powered, hand-held controller, thereby avoiding the need to power the light. Further design improvements also include re-routing the lamp wire to reduce heat-related stress, more powerful color motors, more powerful and quiet pan/tilt motors, software controlled color repeatability from luminaire to luminaire, and materials changes to facilitate faster luminaire cooling.

These leading products have found their way into the most prominent arenas because they offer what none other on the market does: greater efficiencies. Explains Powers, this attribute is the reason why Genlyte Group maintains its position at the top of the market as a $1.174 billion company.

“We are product leadership driven,” he says. “We are a solid company with good management and we believe we are the leaders in this field. We have come out with as many new products as all the other companies together and we offer the latest technology. We consider ourselves lighting fanatics.”