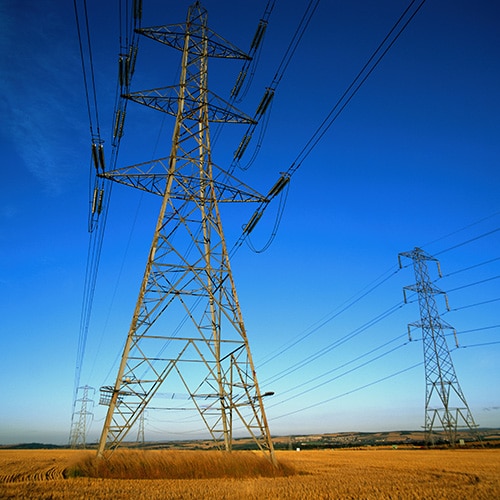 Hydro-Quebec is one of the largest electric utilities in North America as well as the world’s largest producer of hydroelectric power. Headquartered in Montreal, the public corporation provides electricity to Quebec and the northeastern region of the United States, transmitting and distributing electricity from renewable energy sources, such as hydroelectricity and wind.
“Our corporate objectives address energy efficiency, environmental responsibility and development of new renewables,” describes Marie Archambault, the company’s senior spokesperson. “We’re also strongly focused on technological innovation, which emerges from our research and is integrated into our facilities to come up with more ways of producing electricity that costs less.”

Because the power the company generates is primarily hydroelectric, it can offer customers very competitive prices, she points out. As far as efficiency, Hydro-Quebec is targeting 11 billion kilowatt hours of savings by 2015. Also, the company is able to transmit energy across vast distances.

SIGNIFICANT “FIRSTS”
Operating since 1944, the company now possesses an expansive electricity power system centered in Quebec with interconnections with neighboring provinces and the United States. It was established when Québec’s government passed a law that expropriated the electric and gas assets of Montreal Light, Heat and Power Company and transferred ownership and administration to the Quebec Hydro-Electric Commission (now Hydro-Quebec).

In 1965, the utility became the world’s first to employ alternating current 735,000-volt (735 kV) power lines for the most efficient long-distance transmission of electricity. In 1967, it created its own research center – a facility that was to become a world-renowned pole of innovation for electricity generation and transmission, as well as for energy efficiency. And in 1973, it started building the “Project of the Century” at James Bay, the company’s global flagship hydropower complex.

CREATION OF TRANSÉNERGIE
Hydro-Quebec created four divisions between 1997 and 2002. In 1997, following the opening up of the North American wholesale electricity market, the company established the Hydro-Quebec TransEnergie division. “The purpose was to take advantage of the new business opportunities that this opening presented,” explains Archambault.

Today, the division, a design, operation and maintenance leader, operates the most extensive transmission system in North America. “It has more than 33,000 kilometers of lines at different voltages, and some of its transmission lines are quite long, extending more than 1,000 kilometers,” Archambault indicates.

With fixed assets in Quebec that total $16.3 billion, the division has achieved international recognition for the reliability of its transmission capabilities. Moreover, to improve the performance of its system, Hydro-Quebec TransEnergie devotes several million dollars every year to developing and adapting technological innovations.

In accordance with North American regulatory provisions, the division provides non-discriminatory access to Quebec’s transmission system to all customers on the wholesale market in northeastern North America. To offer a reliable system and transmission services tailored to these customers’ needs, Hydro-Quebec TransEnergie has 18 interconnections, most of them with systems in neighboring provinces and states, providing a total export capacity of more than 7,100 megawatts and import capacity of more than 9,575 megawatts. These facilities allow Hydro-Quebec TransEnergie to carry out interchanges with New Brunswick, Ontario and the U.S. Northeast.

As the company reports, reliable transmission of large quantities of electricity across vast distances – a divisional specialty – can be costly, as energy loss occurs and risks of disturbances and equipment failure are ever present. In response, Hydro-Quebec TransEnergie developed several techniques designed for minimal equipment usage and maximized service continuity. Along with the company’s 735 kV lines, the division deploys series compensation, a capacitor-based technology that changes the electrical behavior of transmission lines, causing them to act as if they were shorter and enabling them to carry greater amounts of energy. It also uses multi-terminal DC power transmission, which facilitates transmission of large power quantities at high voltages. This technique allows interchanges with neighboring grids, as power can be transferred between two asynchronous AC systems. The energy hub not only helps meet demands of several large urban centers but is also used to export and import electricity, because of its ability to trans-
form AC into DC and then back to AC.

SUBSEQUENT DIVISIONS
The company established its other three divisions between 2001 and 2003. The Hydro-Quebec Production division generates and wholesales electricity, mainly produced by water, for domestic and external markets, reveals Archambault. The division also includes the only nuclear power facility of the generating fleet. “In addition, it is responsible for providing electricity to Quebec customers through the Hydro-Quebec Distribution division, and the excess production is used for export.”

The Hydro-Quebec Distribution division provides Quebec with a reliable supply of electricity. To meet needs beyond the annual heritage pool supplied by Hydro-Quebec Production, it obtains supplies on open markets. “It also has energy efficiency programs that help customers make more efficient use of electricity,” says Archambault.

The division is also involved in call for tenders for wind power, she continues. “In 2003, we launched our first call for tenders to purchase 1,000 megawatts of wind power. In October 2008, the Québec Energy Board approved 15 contracts resulting from the second call launched in 2005 for 2,000 megawatts. Under these contracts and upcoming tender calls, Hydro-Québec Distribution’s wind power supplies will amount to approximately 3,500 MW by 2015.” It should be noted that development of Québec’s hydroelectric potential is what provides firm capacity and the flexibility needed to integrate wind power.

Finally, the Hydro-Quebec Equipment division serves as the prime contractor in construction projects for Hydro-Quebec Production and Hydro-Quebec TransEnergie. “It is responsible for building the different generation projects, primarily hydroelectric, and for building new transmission lines,” says Archambault. The division offers high-quality, cost effective solutions that apply best practices in social and environmental acceptability and that involve the participation of communities and industry.

RESPONSIBLE ENVIRONMENTAL STEWARD
Hydro-Quebec shares with the rest of the world concerns about rising fossil fuel costs and the environmental impact of traditional energy sources. As such, it has positioned itself as a global leader in producing clean, renewable and safe energy. Because 98 percent of its output is generated by water, the company is responsible for less than 1.5 percent of all greenhouse gases emitted by Canadian electric utilities.

Further, it is strongly committed to continued development of renewable energy sources.

All of the development projects must meet three fundamental criteria before they can proceed: they must be profitable, environmentally acceptable and favorably received by the communities concerned.

As Hydro-Quebec maintains a long-range strategic plan that entails substantial investment in new generating and transmitting capacity, it is involved in at least two more significant projects. The first is a $5 billion project, known as Eastmain-1-A/Sarcelle/Rupert, which will partially divert the Rupert River and generate significant renewable energy – 8.7 billions of kilowatt hours – for Quebec and its neighbors as well as expand renewable energy opportunities. Along with the river diversion, the sizeable investment goes toward two new powerhouses and six generating units capable of producing 918 megawatts. The diversion itself entails construction of four dams, a spillway, 74 dikes, two diversion bays, a 2.9-kilometer- long tunnel and a 12-kilometer network of canals to facilitate the re-engineered water flow.

Meanwhile, the company recently moved forward on a second project, called La Romaine, which involves construction of a 1,550-megawatt hydro complex with four generating stations, having an annual output of eight billion kilowatt hours. The $6.5 billion project, to be completed by 2020, reached some major milestones in 2008:

NUCLEAR UPGRADE
Also, after conducting numerous technical, economic and safety studies, Hydro-Québec decided to extend the service life of the Gentilly-2 nuclear generating station, in Bécancour, until 2040. “The 675 MW power station is crucial to the stability of Hydro-Quebec’s grid, as it is situated near Montreal,” says Archambault. “The other reason for the refurbishment is that we want to maintain our expertise in the nuclear field.”

Engineering and procurement is currently underway and construction starts in 2011. The plant should return to commercial service by 2012, Hydro-Quebec reports.

Current and future projects, along with ongoing energy research, will help Hydro-Quebec sustain its mission: to produce electricity at the best possible cost and optimal quality, provide the necessary supply to meet power demand, while ensuring long-term operability and growth of its transmission system.

With its emphasis on energy efficiency, renewable energies and technological innovation, Hydro-Québec has always been at the forefront of the global energy challenge. And now, as the company works to fulfill its future commitment, the principles of sustainability remain an integral part of its management approach.