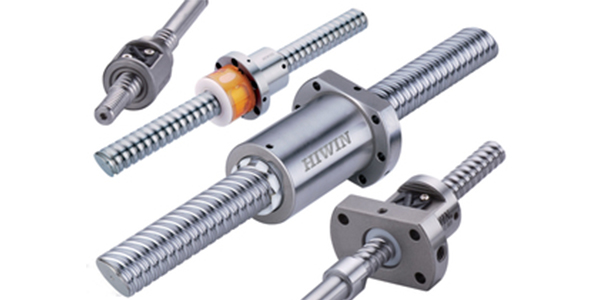 Without the ball screws and linear actuators manufactured by Warner Linear, there would be a lot less precise movement by machine parts. The list of applications for Warner Linear products seems endless: Agricultural equipment, security gates, industrial sweepers, salt spreaders, bus lifts and passenger bridges in the airline industry are just some of the end products that require ball screws and linear actuators.

“The strength of Warner Linear is the high level of performance and reliability of the actuators we manufacture,” says Chuck Galloway, the company’s marketing manager. “We are also well known and consistently applauded for our on-time delivery approach, which has proven to be a key differentiator for us as we strengthen our position as a global supplier.”

Warner Linear produces ball screws and linear actuators for a variety of markets, including power transmission distributors, the factory automation market and small OEMs. John Deere and Case New Holland are major customers in the agricultural industry. Warner Linear is geared primarily toward agricultural and industrial applications in which customers require high performance and rugged products. The company also serves the off-highway vehicle market, as well as the fence-and-gate and health-and-fitness sectors.

Straight Line to the Top
Warner Linear was once part of Warner Electric, an independent company founded in 1927 and bought by Dana Corporation in 1985. In 1977, the Warner Linear facility added 24,000 square feet to accommodate the growing ball-screw and actuator lines, as well as VR step motors and clutch/brake controls. In 1999, Dana sold Warner Electric to Colfax Corporation. Colfax subsequently split the company into different pieces, selling Warner Linear to Danaher Corporation in March 2001.

Today, Warner Linear consists of 200 employees and 88,000 square feet of facility space in Marengo, Ill. The company has had an overseas presence since 1984, when it began manufacturing actuators in Europe. In 1990, Warner Linear started manufacturing Marengo rod-type actuators in Sweden, where rodless actuators were already manufactured. Danaher also has linear-motion plants in California for lead screws, and in Germany for ball screws.

Ball-screw usage started during World War II, when they were used for raising and lowering the wheels on airplanes and for wing flap control. Compared to hydraulics and pneumatics, ball screws and linear actuators provide a lot less friction and a lot more efficiency of movement — up to 90 percent efficiency, according to Galloway. Consequently, Warner Linear products fill niche applications in many industries. Ball screws are often used for raw material delivery systems to machine tools such as plastic injection-molding machines and stamping presses. Ball screws or ball screw actuators allow easy interface to programmable-logic-controlled (PLC) systems and provide the ability to reconfigure the delivery systems “on the fly.”

“Just about any machine tool uses ball screws because of the controllability and system stiffness,” says Galloway. “Many applications use linear actuators, which are, essentially, a ball screw or lead screw combined with a gear box and motor that offers convenient, packaged linear motion.”For example, the John Deere Gator contains a Warner Linear actuator to control its dump bed, commonly used to carry and unload landscaping materials such as gravel or compost. “You simply can’t get the same level of control in a compact package with the alternatives available today, either for outdoor or indoor applications.”

Healthy and Quiet
A current focus of Warner Linear is the home health-care market. The company has just introduced seat-lift actuators to assist the disabled and elderly within their homes. “We’re looking for new markets such as health and fitness because we think it’s a big growth area for several reasons,” says Galloway. “The population is aging and as baby boomers get older, they will be a huge senior market. These days, seniors want to stay ambulatory. They don’t want to go into nursing homes, so they are looking for solutions that will allow them to stay home.”

Warner Linear has developed an actuator line that will allow for the raising and lowering of electric scooters from street level into a van for transporting it from home to a mall, store or park. The company is also developing an actuator for lifting patients from a bed to a chair or a wheelchair, or into a tub or pool. Galloway and his marketing team are aggressively pursuing partnerships with manufacturers of such equipment.

Regarding the thrust into home health care, Galloway pointed out another significant technical challenge — noise. In other words, linear actuators are not silent, which does not pose a problem for farming and industrial applications. But if people are to use Warner Linear products within their homes, it’s critically important for the company to make quiet actuators. “With indoor applications like health and fitness where noise is a prerequisite to participate in the market, we are doing a lot to make our actuators quiet,” says Galloway. “Rather than mask the noise, we’re trying to design the noise out, which will further differentiate us in the market.”

Galloway claims that Warner Linear is moving toward silent actuators by designing components so that they do not introduce or magnify noise or vibration. Most noise is initiated through the motor and then the gears, so the goal is to design moving parts to deaden the sound. Warner Linear engineers are constantly confronting new technical challenges. According to Galloway, the most difficult thing to overcome in the past was developing products that could take the vibrations and shocks found in the difficult operating conditions associated with farm and outdoor power equipment. “Warner Linear products help companies in some of the most rugged industries,” says Galloway. “So we thoroughly test our products to make sure they will last.”