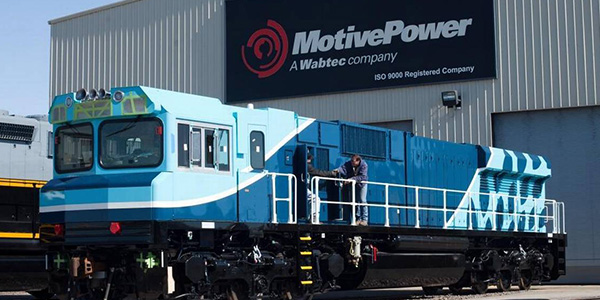 America’s love affair with trains may never end. It’s a relationship based on mutual need, strength and trust. After all, where would this country be without trains, and what industry defines American progress better than the railroad industry? Locomotives mean many things to many people. Whether you are marveling at the power of a freight train as it rambles steadily past you at a rail stop or a commuter routinely dependent upon a light rail to get you to work and home on time, trains have shaped and continue to shape our lives. MotivePower, Inc., knows this, and that’s why it shapes trains to satisfy the many purposes locomotives serve.”MotivePower stands as the nation’s most comprehensive supplier for the locomotive industry, which includes operations and maintenance, overhauling and remanufacturing of locomotive and diesel engines,” says Mark Warner, vice president and general manager. “We specialize in low-horsepower locomotives, the most advanced and top-performing units in the industry, and we offer an unsurpassed selection of interrelated motive-power products and services.”

But you don’t need a MotivePower executive to tell you how impressive his company is. A look at the list of railroad companies that purchase MotivePower locomotives speaks volumes: Union Pacific, Burlington Northern Santa Fe, Canadian Pacific and Kansas City Southern, as well as a bevy of regional railroads, short-line industrial railroads and commuter lines.

MotivePower’s roots date back to 1972, when it was a division of Morrison-Knudsen. This firm spun off its rail division in 1994. What was then MK Rail Systems became Boise Locomotive, and subsequently returned to the old brand name, Motive-Power, Inc., when it merged with Westinghouse Air Brake. That’s when Wabtec Corporation was formed and MotivePower became one of its 28 subsidiaries.

“Wabtec Corporation is North America’s largest provider of value-added, technology-based products and services for the rail industry,” says Warner. “Through its many subsidiaries, Wabtec manufactures a full range of products for locomotives, freight cars and passenger transit vehicles. The company also builds new locomotives of up to 4,000 horsepower, and provides after-market services including locomotive and car fleet maintenance. Wabtec’s mission is to help its customers achieve higher levels of quality, safety and productivity so they can compete more effectively.”

In 1998, MotivePower signed an agreement with a major locomotive builder to sell and market these switchers. The switchers are ideal for yard use, transferring trains from one railroad to another and for short hauls. MotivePower is currently building several switchers under this agreement, each valued at more than $1 million.

On the High-tech Track

According to Warner, MotivePower is committed to staying ahead of the competition technologically. Toward that end, the company is the only producer of a low-horsepower switcher that runs on liquefied natural gas. The project came about when MotivePower developed four prototypes – two for Union Pacific and two for Santa Fe – in response to an emissions project in the Los Angeles basin.

Yet what may be most impressive about MotivePower is its ability to overhaul and rebuild as well as build world-class locomotives. “We see remanufacturing as a growth business because a lot of big and small railroads are looking to cut costs and are seeking to keep existing trains running longer,” says Dennis Nott, vice president, sales and marketing. Nott adds that a typical locomotive can last 30 years, but during that time it’s common to overhaul the engine three or four times.

In addition to overhauling, MotivePower offers complete rebuilding services for switchers, general-purpose and special duty locomotives of all major locomotive manufacturers. The company’s capabilities include complete disassembly of the core locomotive to the underframes, with the removal of trucks and all platform equipment; a variety of electrical cabinet and control upgrade options depending on the original make and model of the core locomotive; and additional upgrades including modifications to the fuel tanks and snowplow pilots, and installation of ditch lights, event recorders and cab signal equipment.

Contrary to popular belief, not all locomotives are alike, and MotivePower is a leader when it comes to making products that work for a variety of railroad markets. “We are a shop that can custom-build as opposed to other companies that mass- assemble products that tend to look alike,” says Warner. “Our special ability to customize locomotives to fit applications comes in handy in our commuter business because that industry tends to get very specific with their needs.”

Despite such often-diverse commuter needs, MotivePower boasts a diverse regional portfolio of commuter clients in Chicago, Boston, San Francisco, San Jose, Calif., Miami, New Jersey, Northern Virginia, Maryland and the District of Columbia. Warner expects the commuter business to keep growing, bringing with it unique manufacturing challenges: “We are forecasting for demand of new commuter locomotive starts, and expect that by 2003 there will be a 70-fold increase in the commuter market.”

As commuter railways expand, they also require strict modifications to new and existing locomotives. MotivePower seems ready to re-adjust to new technologies that will help increase horsepower, while meeting current Environmental Protection Agency emission requirements. According to Nott, increases in horsepower have become mandatory – not for strength, but for the ability to accelerate faster because the length of stops per station has increased to accommodate the Americans with Disabilities Act guidelines. So MotivePower has reacted to meet the dual challenges of helping people with disabilities without disrupting train schedules and route timetables.