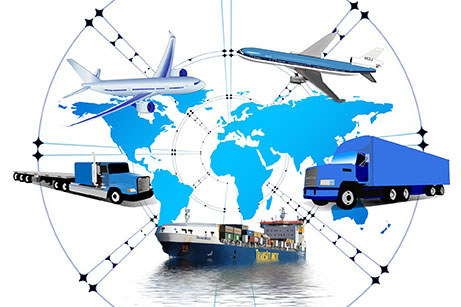 How logistics will change in the new decade and how it will affect companies.

As we move through 2020, it’s important to look ahead at the changes that are going to occur over the coming months. There are a number of trends that are coming our way, and if you’re a business owner, it’s particularly vital to be aware of things that could affect your company. Technology continues to change the world, but how is it going to change in the decade?

Firstly, technology hasn’t stopped growing yet, and the chances are, it’s not going to. With the development of cybersecurity and artificial intelligence, many people are in awe as to what the future holds, but there are changes which will be made – and they’re likely to shock us more than they have already.

AGVs are going to come into play

Although we haven’t quite hit the stage of self-driving cars in the UK, it’s looking like Automated Guided Vehicles (AGV’s) are going to be a big part of the new decade, according to RobinsConsulting. The process will include robots which will do tasks as a result of their factory settings – at the moment, we’ve seen these in the form of reversing cameras.

Motion detectors have helped decrease the likeliness of accidents, but there are a number of other things which have been added on which makes for an easier drive. However, as a result of smarter cars, it has been encouraged that people – particularly those with employees using company cars – install vehicle tracking devices into each car.

For those who love to shop, it’s looking good too. The London Underground has been trialled and tested for years, but did you ever think that’s how your parcel would get to you? It’s incredibly faster than driving miles to different locations and an underground service that can get parcels to the local courier would see wait times drop massively. Although it’s unlikely to happen in the next 12 months, give it a couple of years and it could be underway.

GPS is going to be more accurate than ever

Shapiro.com also notes that GPS accuracy is going to continue getting better. Although it’s more accurate than ever before, it’s likely to keep increasing which will make it even more accurate. This is particularly beneficial for people who spend most of their day behind the wheel, as there will be automatic traffic updates. As a result, accidents, road works and closures would be avoided, which cuts time for any driver.

We’ve already seen snippets of how logistics are going to change the decade, but an additional question is why? The next ten years are expected to outweigh the last, and in the 2010s, we saw more technological development than ever before. Not only have we been able to talk to devices and get a response with the help of AI, but we’ve also seen growth in cybersecurity and the Internet of Things.

Consumers now expect more than they would have in the 2000s, particularly as we’ve already seen substantial growth. Improvement is key for most companies, and it’s the one way that they’ll be able to increase consumer growth and become a market leader.