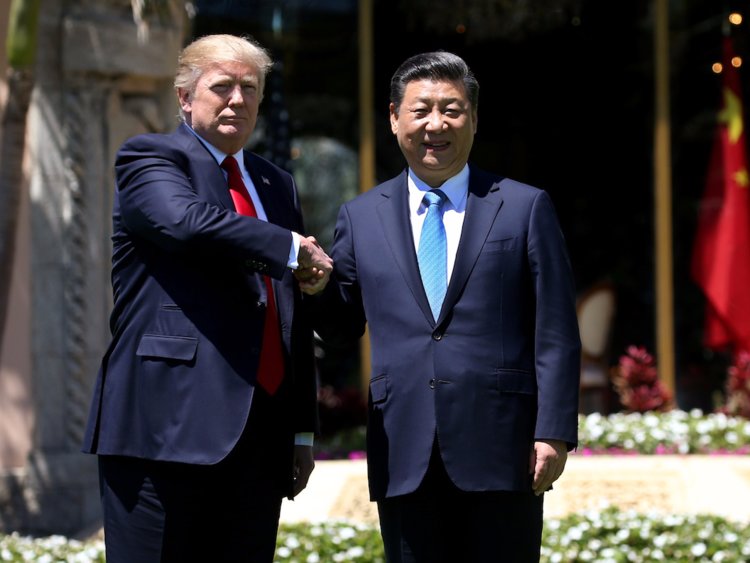 Quite the nugget that came near the end of The Wall Street Journal‘s April 29 report on the run-up to the upcoming U.S. trade talks with China scheduled to begin in Beijing this week:

“During the past few weeks, China’s ambassador to the U.S., Cui Tiankai, and the U.S. Chamber of Commerce’s executive director, Myron Brilliant, operating as a backchannel between the two governments, called on their extensive contacts in Washington to try to get talks going again.”

It’s bizarre on so many levels. Most notably, but far from certainly, is the possibility that President Trump (whose campaign for the White House emphasized remaking America’s China trade and broader economic policies specifically to promote U.S. growth and employment) is being significantly influenced by the Chamber of Commerce (which has long championed a China policy that helps America-based businesses supply the lucrative U.S. market from super low-cost and largely unregulated China)?

That would be some kick in the pants to Trump supporters expecting the President to keep his China trade campaign promises.

Alternatively, the President might simply have been using the Chamber as a means of communication. But this decision would be puzzling, too, since the United States maintains a big embassy in Beijing, complete with a full-fledged ambassador, as well as numerous other official ways to talk with the Chinese. What could the Chamber add?

It’s even more interesting, and potentially important, to consider the chances that the Chamber took the initiative. If so, could the Logan Act have been violated? You may remember that this is a U.S. law requiring criminal penalties for

You might also remember that in the wake of former Trump national security adviser Michael Flynn’s admission of lying to the FBI in connection with the the Bureau’s Trump Russia collusion investigation, calls proliferated to prosecute him – and other Trump-ers – for violations of this (little used) eighteenth century statute. No one outside his office knows whether Special Counsel Robert Mueller is looking into this possibility in its own probe, but this former Chairman of the organization Common Cause believes he should. If the Chamber was acting as a free agent, might it be in legal jeopardy, too?

I asked Bob Davis, a co-author of the Journal piece, about how this backchannel began, and he responded that he couldn’t go beyond his description of the actions he was told about. Which is of course fair enough for any reporter.

What should be clear, however, is that, if the Journal report is accurate, neither of the above explanations should comfort anyone, whatever their views on U.S.-China trade issues. The former could signal the imminent shattering of a campaign promise – which could only fuel further corrosive public cynicism about American politics. The latter could indicate that special interests unaccountable to the American people keep wielding ever greater influence over the nation’s policies – including those extending “beyond the water’s edge.”

So let’s all hope that Davis and his Journal colleague will keep digging, and/or that other reporters start.