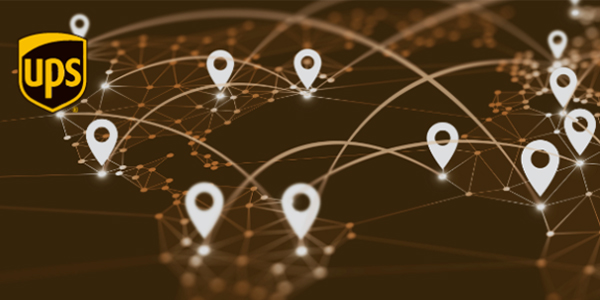 While many Americans may view China as the world’s factory, it is rapidly becoming the world’s consumer as well – good news for small-to-mid-sized U.S. businesses. According to a recent public opinion poll commissioned by UPS, China’s emerging urban middle class – “Chuppies” – want to see a broader selection of U.S. products in their local stores.

China is currently the fifth-largest consumer of U.S. exports, and the second-largest importer to the United States. And while American exports to China have grown 80 percent over the last four years, the new survey shows the Chinese continue to be interested in even more quality American items.

With an estimated 250 to 300 million Chinese people qualifying as middle class, a market rivaling the size of the United States, the new study underscores China’s position as a pivotal growth opportunity for American industry rather than a threat.

Ready to buy
But just who makes up this emerging middle class, a marketing segment full of young, urban professionals who are prospering along with China’s economy? Approximately 70 percent of this “newly rich” group is between the ages of 25 and 34; 78 percent own their own cars, and 90 percent own homes, according to the New Generation Market Research Institute.

And although “Chuppies” comprised just 19 percent of China’s total population in 2003, that number is expected to climb to 40 percent by 2020, says the Chinese Academy of Social Sciences.

Like consumers everywhere, Chinese consumers consider many factors when deciding which products to buy. Sixty percent of those polled cited quality as the most important purchase decision factor. That was followed by price/value at 18 percent, which was more important to older respondents than younger ones.

Included in the study’s findings was the desire among more than half of Chinese consumers to see a broader selection of American toiletries in their stores, including shampoo, shower gel, lotions and toothpaste.

More than half of those surveyed also said they want more American fashions, including athletic shoes, sandals and T-shirts with American logos. Accessories such as purses, hats and scarves were lowest on the list of must-have American fashions.

Finally, the study found that half of those surveyed want more American entertainment items, including books, movies and videos, newspapers and magazines. And 45 percent said they would like to see more American-made appliances, such as refrigerators.
The study also offers insight into the spending habits across different age groups in China. For example, consumers under 40 are more interested in America’s books, music and videos, with 20-to-29-year-olds most attracted by consumer electronics and American apparel and fashion accessories.

Conducted by Research International, the survey polled 1,140 Chinese consumers between the ages of 20 and 59 in six cities. UPS commissioned the research to help its customers learn which American products are most in demand, and to stay abreast of consumer trends within China.

The survey also uncovered an interesting look at what Chinese consumers are not interested in buying from America. In addition to cigarettes and alcohol, cars and home furnishings met with low interest among those surveyed.

Another surprising finding from the study is the low number of online shoppers, especially compared with the millions of Americans who shop regularly via the Internet. Although China’s Internet users now number more than 100 million, 79 percent of respondents never use the Internet to shop, according to the survey.

For those who are shopping online, 43 percent of the products purchased are books, music and/or videos, primarily from Chinese Web sites. Only 1 percent of those surveyed had ever shopped on an American Web site.

This gap in online spending means that American businesses, especially small-to-mid-sized enterprises, must gain access to “bricks and mortar” retail locations throughout China.
Hypermarkets such as Carrefour and Super Wal-Mart, supermarkets and convenience stores top the list of the most frequented shopping locations. Respondents said they visit these outlets between four and five times per month.  Street vendors, stand-alone retail stores and department stores hover in the three to four visits-per-month range.

No matter where they are shopping, Chinese consumers are ready to buy American – a good sign for many U.S.-based manufacturers.