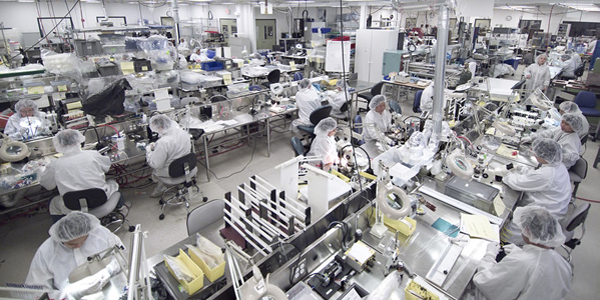 The National Council of the Maquiladora Export Industry (in its Spanish acronym, CNIME) is one of Mexico’s leading trade organizations and has represented the general interests of its industry since 1973.

The CNIME intercedes with the federal authorities and legislators on behalf of the industry in promoting initiatives and plans that, on one hand, assure its member companies of predictable legal standing, and on the other, give them tools that allow them to plan for the medium-term. The goal is to create an environment of favorable business practices that permits the strengthening of the companies’ productivity and of the role that the maquiladora export industry has as one of the pillars of national development.

Meanwhile, the CNIME is constantly working toward a more competitive Mexico and an increase in foreign investment – capital that comes from not only North America, but the entire world.

Japanese industry, for example, is currently operating 350 companies in Mexico and approximately 1,000 that function as providers to those, according to information from the Ministry of the Economy of Mexico in Japan. All of them use maquila programs for the importing of parts and components for their assembly processes in Mexico and their re-exportation to global markets. It was in this context that José de Jesús Calleros, president of the CNIME, took part in informative seminars organized by the Japanese Ministry of the Economy of Mexico this past March in the cities of Yokohama, Tokyo, and Osaka.

General Overview of the Maquiladora Export Industry
The maquiladora export industry must operate free from excessive regulation, since such regulation not only raises barriers to the entry of new competitors, but also to world-class suppliers. Excessive regulation encourages, in one way or another, the informal economy and forms a significant obstacle to the efficient distribution of resources, both of which translate quickly into a weakening of national competitiveness in the global market.

In addition to lobbying against regulation new and old, CNIME emphasizes its members’ needs for flexible mechanisms for incorporating advanced technology, for developing qualified human resources, and for sharing and keeping track of trustworthy information among the maquilas and potential suppliers.

Mexico, however, does possess an important natural advantage in its geographical location, which allows it to be an export platform not only to the United States and Canada, but also to other countries with which Mexico has signed trade agreements.

Direction of the Maquiladora Industry
The CNIME will keep working to encourage more deregulation of decisions that present administrative costs with serious repercussions for the industry’s global competitiveness. No longer is the goal to beat economies like China, South Korea, Taiwan, or Singapore, rather to compete with countries in Latin America and the Caribbean, like Brazil and Honduras to cite just two.

Although Mexico continues to lead in the majority of sectors that export goods to the United States, it must keep working on infrastructure, education, training, and the creation of a stable environment of predictable government and legal policy – less regulation, more promotion.

The creation of a more modern and efficient infrastructure is fundamental for increasing the productivity of our companies and the competitiveness of the country. It will reduce time and costs in carrying out commercial transactions, especially when it comes to terrestrial and maritime transportation of finished products and material.

The importance of raising the level of education and encouraging training is another element necessary for encouraging dynamism, for two reasons: first, the higher the level of basic education of the workforce, the more efficient will be the economy’s use of resources, which means a higher level of production with the same resources; second, the higher the education level, the easier, faster, and more efficient the introduction of new technology will be.

In that same line, it is important to note that this industry – with the CNIME by its side – has helped more and more Mexicans gain access to economic resources; training under worldwide manufacturing standards; and work environments similar to those in the United States, Europe, and Asia. All of this has helped the country’s communities by extending infrastructural growth to them, thereby generating progress and well-being for many. Such has been the case with clustered development in the auto industry, electronics, medicine, and most recently aerospace.

Fast Facts
• Total manufacturing exports in 2006 grew 15.8 percent, thanks in large part to an increase of 14.9 percent in exports from the maquila industry;
• as of January of 2007, manufacturing exports were demonstrating an annual increase of 5.4 percent;
• the aggregated value that the maquiladora industry generated in 2006 was $265.2 billion Mexican pesos;
• as of December 2006, the industry directly employed over 1 million people;
• total exports from that industry are valued USD $111.88 million; total imports at $87.5 million.
(Figures according the Bank of Mexico and the National Institute of Geography and Information (INEGI))