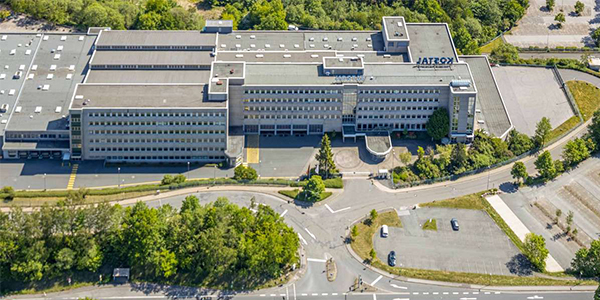 Ever wondered what magic powers make the window lift when you press that button on the car’s door? Or what other powers set your blinkers off at the touch of a hand? In Brazil, Kostal has been the wizard behind these marvels for the past 27 years. And, since many of its products are exported to the United States as well, a good number of the cars driven in the country use Kostal technology for these small but vital chores.

Kostal Eletromecânica is the Brazilian subsidiary of the German giant of car technology Kostal. It manufactures many Electromechanic and Electronic gadgets for cars, from BCM going through alarm system, steering column switch to single switches. And, while the Brazilian automotive market isn’t very big compared to North America and Europe, it has been good enough to allow a tenfold expansion in Kostal’s local business in the past 15 years. “There is a market for differentiated, quality products, which is what we do,” explains Commercial Director Edson Furlanetto.

Selling high-tech gadgets isn’t easy in a market as small as the Brazilian: last year around 1,927 million automobiles had been sold in the country, according to the national automakers association, Anfavea. Besides that, the Brazilian consumer is typically budget minded. So, as Furlanetto explains, around 70 percent of these automobiles are economy cars with no extras or electronic integration. “The fact is, working with a small market, we have learned to make quality, inexpensive products,” Furlanetto says.

Kostal has really been ahead of the pack in Brazil. The company was the first to produce sensorless window lifters, which feature pinch protection, a technology that avoids accidents. A car window equipped with this kind of technology will stop closing if, for example, a child’s finger is in the way.

The strategy has made Kostal’s mainstay product a success. The numbers speak for themselves. “Since we first introduced the sensor less window lifter, in 1994, we have sold over six million units, and we have never needed to answer a single field complain,” Furlanetto says.

Kostal also has seen rising demand in Brazil for its sensorless window lifter integrated with an alarm system, which got the pet name “comfort module” within the company. It couldn’t be different in a country as Brazil, where car theft is rampant. “Even the owner of an economy car in Brazil wants an alarm integrated with an electronic window lifter,” Furlanetto says.

Talking about electromechanical products, Kostal also is the leader for steering column switches and also for sophisticated steering column modules when several electronics functions are integrated.

Another source of considerable growth in Brazil has been Kostal’s motorcycle products business. There has been a boom in motorcycle sales in the country, which have seen double-digit growth rates in the past 10 years. In cities such as Sao Paulo and Rio de Janeiro, where traffic jams can sometimes reach 100 miles, bikes are by far the most effective way to get across town. And the motorcycle courier business has grown significantly. Kostal has profited from all this, selling ever more electromechanical and electronics for motorcycles.

In addition, the Brazilian operation of Kostal has become a base for exports to Latin American countries.Still, Furlanetto expects an even rosier future, even though the exchange rate hasn’t been helping.

Even with these economic hurdles, the company is reaching unexpected shores: it already exports even to China. “The Brazilian market is being invaded by Asian products, but we are also knocking on their door,” Furlanetto says. “We still have the quality differential,” he adds.

Besides concentrating the manufacturing in this Hemisphere, Kostal Brasil also has a respectable research and development team, which adapts the products of the mother company to better serve local demands. “The whole group invests around 6 percent to 7 percent of revenue in R&D, and we keep up with that level,” says Furlanetto.
The result is that the Brazilian operation is always up to date with the European holding. “Before, it took months, even years, for a new product to reach Brazil. Now it’s done virtually in real time, and we can quickly make changes to adapt it to the local market,” Furlanetto explains.

And though the business has thrived especially in the past 10 years, Kostal already has a long track record of producing gadgets for bikes. The first blinker button for a motorcycle, in side of Kostal Group, was produced by Kostal in Brazil in 1988. Kostal’s story in Brazil actually begins around 1978. The company stepped on Brazilian soil for the first time to serve its big clients in Germany, which were also stepping up their presence in Brazil, including Mercedes-Benz, what is today DaimlerChrysler, and Volkswagen.

In that year, the family-owned company bought Becker, a local player in the auto parts industry. With the acquisition, Kostal inherited a considerable portfolio of clients and its growth was assured. Since then, the company has been able to grow, on average, 5 to 8 percentage points above the market. The original 100 employees that filled Becker’s old plant multiplied to the current 1,050.

While the number has grown, the family-owned company’s policy towards its workers hasn’t. Furlanetto prides himself on the low turnover in the company. “Less than 1 percent of our employees leave their job within a year,” Furlanetto says. The company has 700 employees who have been working for Kostal for over 10 years. Thirty of these have been there for over 25 years. And whenever an employee reaches either the 10- or 25-year mark, there is a big celebration and he is given a special bonus.
Health insurance and family support are also taken seriously at Kostal Brasil. ” We always try to listen to our employees. If they have a personal or family problem we can help with, we will,” Furlanetto says. “In the past we had around 70 people working for us who didn’t know how to read and write, so we provided a teacher for them,” Furlanetto remembers.

And, most important, employees at Kostal feel they have a chance to move up the ranks. “Out of five of our head executives only one was hired from outside,” Furlanetto says. “I myself, started as a trainee. It’s been 22 years since I started,” he adds. “We really value the human being. Kostal believes that our people are the driver for innovation and technological advance.”