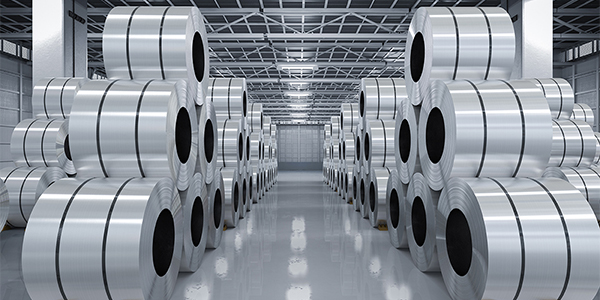 Mexico has one of the oldest and most mature steel industries in Latin America. Steel production last year topped 16.3 million tons, and considering the state of the Mexican economy, it is predicted that 2007 will see growth in the industry of between 8 and 11 percent.

The National Chamber of the Iron and Steel Industry (Cámara Nacional de la Industria del Hierro y del Acero, or CANACERO) is working on behalf of the industry toward resolving those challenges, as well as encouraging the development of the industry overall. Founded in 1949, CANACERO continues to serve its members through lobbying, research, and other technical support.

History
Mexican steel goes back to the very beginning of the 20th century, when in 1900, the Compañía Fundidora de Fierro y Acero de Monterrey (the Monterrey Iron and Steel Foundry Company) was founded by a group of businessmen. Several years later, the foundry began to integrate its steel production process.

Several more large-scale foundries and mills were founded between the 1930s and the 1950s, along the way integrating various technological innovations like electric furnaces and blast ovens, as well as new products, like pipe and tube and rolled steel.

During the 1970s, the Federal government took ownership of much of the Mexican steel industry, and the subsequent re-privatization in the 1990s was an important step for the industry. Then came trade liberalization, and between 1999 and 2003, several steel producers entered bankruptcy proceedings. The following era of consolidation took place as a global phenomenon, and continues to this day. In December of 2006, for example, European steel producer Arcelor Mittal announced the purchase of Sicartsa from the Villacero Group, and in April 2007, Ternium announced the acquisition of IMSA Acero.

Chinese steel
With the world steel industry now effectively globalized, Mexico’s steel producers are more than ever affected by the trade policies of other countries. During the last decade, China has become one of the world’s greatest consumers of steel – but also one of its greatest producers. In 2006 it represented 34 percent of the world’s steel production. Much of that steel is produced by state companies that receive unfair subsidies and assistance from the Chinese government, creating a difficult situation for competitors like Mexico.

On Feb. 2, the United States brought a petition before the World Trade Organization requesting from China “certain measures that guarantee the return, reduction, or exception of taxes and other payments to companies that produce and/or export, and maintain or decide to apply, foreign investment in that country.” At the urging of CANACERO, Mexico also, on Feb. 26, requested bi-lateral mediation with China over the matter of subsidies. The European Union, Japan, and Australia have expressed support for the action. The negotiation will take place in the WTO’s Dispute Committee in Geneva, with CANACERO supporting the Mexican officials with research and assistance.

Energy policy
Another area that CANACERO is concerned about on behalf of Mexico’s steel industry is energy. Mexico lives a contradiction: We have abundant energy resources, but at the same time the highest prices in the world. We import a growing quantity of products derived from petroleum and natural gas. As a country, we have not been able to keep energy from being a drag on Mexican economic development.

CANACERO has proposed five initiatives that would help relieve the pressure of energy costs on the steel industry. First, the chamber would like to see a more favorable pricing formula for natural gas. Second, the government should eliminate the “peak hours” tax on electricity, which especially punishes industries that operate 24 hours a day. The tax was established when the country’s operating electricity reserves were around 6 percent. Currently, this reserve is around 40 percent, so while it was a worthwhile regulation in its time, it is no longer.

Third, the open use of natural gas found in coal beds would imply a substantial increase in available energy resources equivalent to 9 percent of national consumption. To achieve this, new regulations have to be approved. Fourth, the government should set forth a graduated system of energy taxes that favors production regions and boosts industries that are of national interest, especially seeking to give incentives for decentralized growth. And finally, CANACERO would like to see the calling of an autonomous committee within the Energy Regulatory Commission that would include various members of the industry and the government. The goal would be to set, by consensus, long-term policies and to regulate the application of those decisions.

Sustainable development
In addition to important lobbying actions, CANACERO maintains other activities and initiatives that help the Mexican steel industry remain on the cutting edge of the global market. Sustainable development is one important issue to which the chamber pays close attention, and since the 1990s, $10 billion has been invested to that end.
The chamber is one of the few in the country that sets up voluntary conventions with the Secretary of the Environment and Natural Resources. Fully 80 percent of the steel produced in Mexico has been certified as “Clean Industry” by the Federal Office for the Protection of the Environment (Procuraduría Federal de Protección al Ambiente, or PROFEPA).

Steel is the most recyclable material in the world, and the industry has reduced its energy consumption by 25 percent. We also participate in the inventory of greenhouse gases, which will allow us to be included in the carbon bond market.

Challenges ahead
In 2005, CANACERO was recognized as a National Normalization Organization (ONN) by the General Director of Norms in the Secretary of the Economy’s office, meaning that CANACERO now sets the norms for the steel industry. During this past year, 18 norms were completed, while 11 more are awaiting a public announcement.

The first external audit of CANACERO found the chamber to be 100 percent in compliance with the federal law on Metrology and Normalization and its Rules, as well as the quality standards to which it is subject. ]

In 2006, the world steel industry had a good year. Steel production grew by 9 percent and the process of consolidation continued. In Mexico, steel consumption grew by 11.8 percent, to a good extent pushing the Mexican economy as a whole, which grew by 4.7 percent. In addition, the construction industry grew by 7 percent and industrial production by 5.2 percent.

This reflects the industry’s continued modernization of its equipment, productivity of its workers, and creation of more effective management structures. All of this is necessary and important, yet not sufficient. Raw material, energy, and labor reforms are urgently needed. Growing and unfair Chinese competition is distorting Mexico’s efforts toward competitiveness, and it is essential that China be obligated to comply with its commitments before the WTO.

If together, authorities and business people work to consolidate the competitiveness of the steel industry, we will have a cutting-edge industry with the ability to develop itself in an environment of fair competition, and industry that contributes to the strengthening of the country’s chain of production, including those small- and medium-sized businesses. CANACERO is committed to helping the steel industry confront its internal and external challenges, both today and in the future.

Régulo Salinas Garza is the current President of the National Chamber of the Iron and Steel Industry in Mexico. The organization can be contacted through its Web site at www.canacero.org.mx.