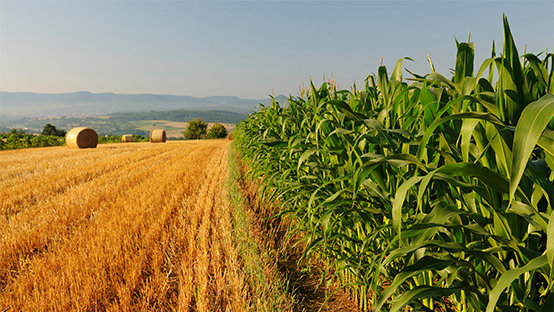 Few beliefs about the North American Free Trade Agreement (NAFTA) are more solidly entrenched than the conviction that the deal has been a slam dunk winner for American farmers. Perhaps the most important believer now? President Trump. Last spring, he acknowledged that he shelved his plan to scrap the agreement after his Agriculture Secretary showed him data indicating that an American withdrawal would hammer many of the states and counties that voted him into the White House.

There’s just one major problem – the data say otherwise. Indeed, according to the U.S. International Trade Commission’s invaluable Trade Dataweb interactive database, American agriculture runs a sizable trade deficit with Canada and Mexico combined, and the gap has ballooned during the deal’s lifetime. Moreover, the statistics make clear that Washington’s trade policies overall have done nothing to bolster the U.S. farm sector’s international fortunes – at best.

The best apples-to-apples (no pun intended!) data date from 1997 – when the U.S. government began using the North American Industry Classification System (NAICS) as its main tool for slicing and dicing the American economy analytically. And although NAFTA went into effect at the beginning of 1994, the post-1997 figures represent a nearly complete data set.

In 1997, U.S. agriculture ran a trade deficit with its NAFTA partners of just under $877 million. By last year, the shortfall had swollen to nearly $6.77 billion. Mexico has been the big problem; during this period, American farm trade across the southern border deterioriated from a surplus of just under $353 million to a deficit of more $5.83 billion. The U.S. agriculture trade performance with Canada has actually improved, with its deficit shrinking from 1997 to 2016 from $1.22 billion to $940 million. Still, American agriculture is in deficit with its northern neighbor all the same.

But maybe as bad as these numbers are, American farm trade under NAFTA has fared better than American farm trade globally? Unfortunately, there’s no evidence for that proposition, either. Between 1997 and 2016, the U.S. worldwide agriculture trade balance worsened also. But it actually worsened less – with a surplus that shrank from $15.79 billion to $10.79 billion – than the balance with the NAFTA partners.

Surely, however, America’s other free trade agreements have more than compensated for the NAFTA-related losses? If only. According to the Trade Dataweb, in 1997, the United States ran a trade deficit with these countries of $1.99 billion. By 2016, this figure had soared to $8.91 billion. That’s about as bad a record as NAFTA farm trade has compiled.

Of course, American agriculture is a large sector of the economy. (Although it’s not that large: In current dollar value-added terms, it only represented 0.86 percent of the gross domestic product in 2016. Manufacturing, by contrast, comprised 11.71 percent.) Moreover, trade performance has varied greatly by specific crop or product.

For example, between 1997 and 2016, the American corn trade surplus with Mexico skyrocketed more than seven-fold, to just under $2.60 billion. The soybean surplus jumped nearly ten-fold, to $1.02 billion. And major gains have also been recorded in non-poultry meat, poultry, wheat, dried and condensed dairy products, and many other sectors. With Canada, the big U.S. agriculture winners have been mainly fruits and vegetables, as well as wines and spirits.

The big agriculture losers in Mexico trade have been – interestingly – fruits and vegetables, along with liquor and beer. With Canada, sectors with big or big and rapidly rising surpluses have been led by miscellaneous oil seeds products where the deficit has soared more than seven-fold, to $2.27 billion), followed by fish of all kinds (where the trade gap has more than tripled, to $1.34 billion), cattle, and frozen fruits, juices, and vegetables.

Overall, though, the message sent by the data could not be clearer: The idea that NAFTA has been a bonanza for U.S. agriculture needs to be put out to pasture. And far from adopting a “don’t rock the boat” posture, it’s high time for the Trump administration to start identifying fixes.

P.S. I was first alerted to these adverse trends in U.S. farm trade by the excellent research of Harwood D. Schaffer and Daryll E. Ray of the Agricultural Policy Analysis Center at the University of Tennessee.