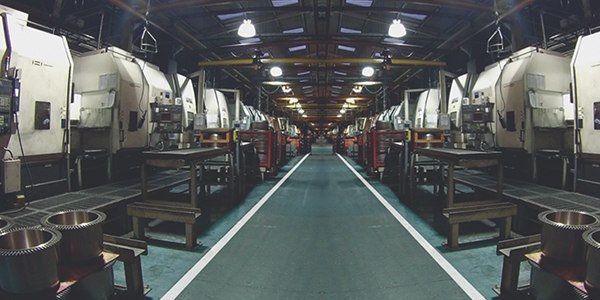 With fresh confidence in the Brazilian real, the company announces new products and plans to re-initiate exports to the United States. Staying a step ahead in the competitive automotive industry requires not only quality but constant innovation. It is a giant step that Indústria Metalúrgica Frum Ltda, the Brazilian manufacturer of brake discs and drums, has successfully taken. Frum has been a recognized brand for 62 years and promises new products and markets for 2014.

With monthly production of up to 12,000 tons of wheel hubs, brake drums, discs and cast iron components for heavy duty vehicles, Frum is the main supplier of parts for trucks, buses and trailers for all main national and international brands.

In 2013, the company launched its first complete axle brakes: “The new axle, which is a mounted composition of existing Frum parts, is a complete braking system that will lever our sales and growth for the next five years,” anticipates Director Roberto Del Papa.

As well as the all-new axle, Frum has made public its plans to restart exports of core market brake components to the United States and Canada by the end of 2014.

Started by Pedro De Sordi in a garage in the Vila Maria district of São Paulo, Frum opened its doors at a time when there were no national automobile manufacturers. The company made cast iron brake drums for imported cars, mainly from the United States.

During the 1960s, following steady rises in sales and expansion of product lines to include brake discs, wheel hubs, axle components and suspension parts, Frum began concentrating on producing components for trucks and buses.

The 100 percent Brazilian company gathered momentum rapidly, forming working partnerships with domestic and international major industry players such as Ford and DaimlerChrysler. “By the early 1970s, the factory in São Paulo was no longer sufficient for our production needs and in 1973 we moved to our current facility in Extrema, Minas Gerais state,” Del Papa explains. Environmental regulations also required the accessibility and space of more comfortable premises. The 250,000-square-meter foundry and factory in Extrema afforded Frum the opportunity to update its processes and move full speed ahead with production and development.

The changes initiated a series of important technological advances. In the 1980s and 90s the foundry was fully automated, culminating in the first totally automatic production line for cast iron components in 1996. Three years later, Frum had increased its lead in the market and was the preferred supplier of the largest truck manufacturers.

In 2000 sales of parts to trucks and buses had grown at such a rate that the company decided to specialize exclusively in this market. The decision came at a time when Brazilian companies were increasing exports and Frum steered confidently towards an aggressive growth strategy in the heavy-duty vehicles sector. “As well as brake drums and components, we began manufacturing wheel suspension parts and chassis,” Del Papa says.

Frum’s drive toward constant innovation and updating technology has led to one of the most advanced production lines in the business. “Today, there is no more modern and efficient foundry equipment available on the market than at our facility,” confirms Del Papa.

From 2009, Frum added a new strategy. With three fully automated foundry lines (two of which use German technology and one which uses machinery imported from Italy), Frum launched a fourth line last year. “Adding value to our core business of brake parts and selling fully assembled mechanisms catalyzed sales. Our tradition and expertise in the market together with the technology we have were an excellent platform for this new step,” Del Papa explains.

The new product is an amalgamation of 62 years of expertise in brake parts. Always innovating, the company’s latest is a complete axle-mounted braking system that puts together strong technical differential in one unit. “Since the very beginning, our goal has been value for money for the client – this product proves that Frum is still one step ahead,” Del Papa affirms.

The axles constitute an important investment for Frum in the last three years. A new assembly line and adjustments to infrastructure, including the purchase of new state-of-the-art machinery were introduced to the factory. “Our main investment is engineering. Engineers and modern software that simulates the production and function of parts and processes are an essential part of the new developments,” Del Papa says.

Despite the success of the Brazilian automotive industry and the country’s dependence on heavy goods vehicles in the absence of a developed rail network, Del Papa classifies the industry as definitively “unstable.” Frum’s growth therefore is impressive. “Our staff and infrastructure have remained essentially the same in size. What have changed are the technology and the number of machines,” he explains.

With the same tools, production and sales have risen. Del Papa is quick to confirm that the company has a strong, optimistic business plan for the future: “We are currently working to reach full production capacity at our plant in Extrema. Once we have achieved this goal, we have concrete plans to construct a new factory to cater to growing demand.”

The ambitious expansion plans are more than justified when considering that Frum has increased the number of tons of iron produced by 661 percent in the last decade, grown continuously and maneuvered round crisis in the automotive industry without incident.

“Our core business is still brakes. We assemble new systems and meet a wide range of applications and specifications for molding, casting, melting, deburring, machining, core molding, including all manufacturing steps, from raw material to finished parts, others are purchased from third parties,” Del Papa explains.

Back to the USA

An important part of this growth strategy is reinitiating exports to North America. US sales terminated in July 2007 due to the drop in value of the Brazilian real and international crisis. “New analyses and a review of our economic situation – the success of our components and market demand – have renewed our faith in exports and we plan to start exporting to the United States and Canada in the second semester of 2014,” Del Papa projects.

He explains the strategy of the company’s future using a tripod of characteristics, which has guaranteed longevity in Brazil and will secure resumed success in North America: “Price, technical quality and efficient logistics are the elements that give real value to our products and service.”

In a country where legislation and politics notoriously change on a whim, Frum is far from fragile. “The Custo Brasil (Cost of Brazil) is a part of our culture and country. We don’t think it’s right that Brazil has serious concerns over future energy supply, or that exports are 9 percent more expensive for us, but we take these limitations in our stride,” Del Papa says.

Swerving to avoid instability in the non-stop strive for continued success, the company powers on in an uphill challenge.