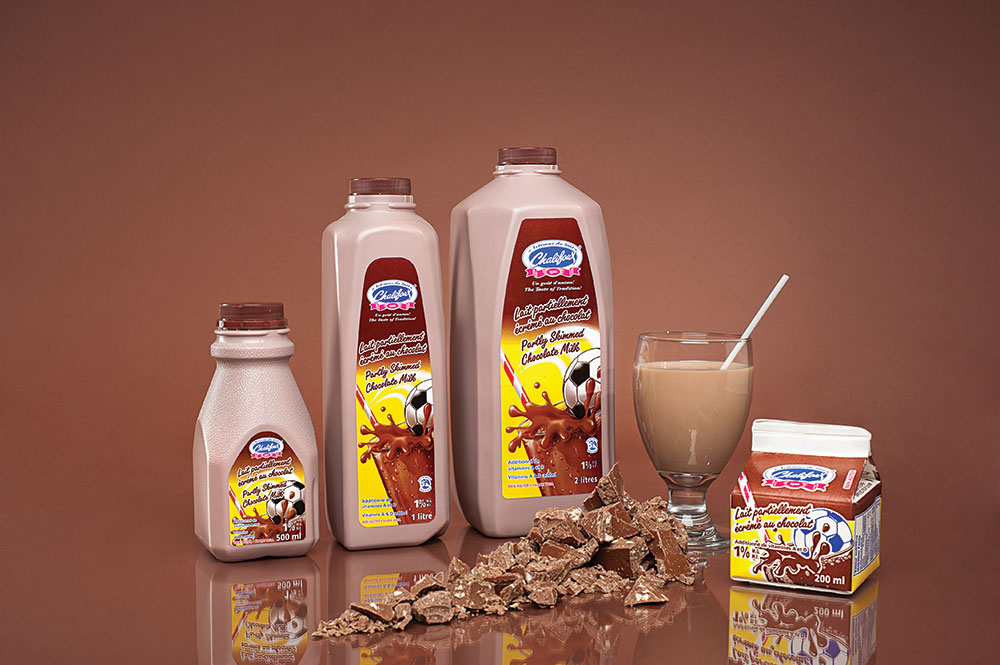 The fourth generation of Chalifoux are moving aggressively to increase production capacity and expand into new categories and regions as it evolves from a product-driven company to a more market-driven enterprise.

There’s a family tradition where everyone says “Cheese!” before the camera clicks a group photo. As a regional family-owned Quebec dairy company in business for almost a century, the Chalifoux family tradition is to actually make cheese. Now, the latest generation of Chalifoux ownership is adding to that tradition with other milk-based products and a new marketing approach to expand its business beyond local borders.

“My great-grandmother started this company nearly a hundred years ago,” explains Melanie Chalifoux, who along with her cousin Alain recently took over the helm of Chalifoux Dairy as the fourth generation of family ownership. “About fifty years ago, my grandfather transformed the business from primarily a dairy producer to a cheese maker. Currently, about 85 percent of our milk production is used towards making our Riviera cheese brand.”

She adds, “We compete with three large dairy companies in an industry where family ownership is increasingly rare and consolidation is an increasing trend. Alain and I are very grateful for the confidence that my father (and Alain’s uncle), Jean-Pierre Chalifoux and other family members have in us to take over the company and lead it in new directions. There were bigger multinational companies that would have bought us out for very attractive sums, but we feel strongly that there is still a role for a family-owned business in Canadian agriculture. Alain and I both have children and we wouldn’t have undertaken this if we didn’t intend to leave them a legacy to continue.”

Chalifoux Dairy basically makes two kinds of cheeses. Cheddar, which comes in a variety of forms such as mild and aged, and firm, which includes such varieties as Swiss and parmesan. Most of them are made with 100 percent Canadian fresh milk with no modified ingredients and all are lactose-free thanks to an ultrafiltration processing technique that separates whey from butterfat and protein. The same process provides for the daily production of 100,000 liters of milk, while at the same reducing waste and energy consumption by 30 percent. (Chalifoux’s commitment to new technology extends towards electrical vehicles—last May it became the first food production company in Quebec to host a public charging station for electrical vehicles.)

More than half of Chalifoux Dairy products are sold in retail grocery stores under Chalifoux and Riviera brands as well as private labels. The company also supplies institutional customers such as restaurants, hotels and food services. Current trade agreements make it impractical to sell below the North Forty to U.S. markets.

The superb quality of Riviera cheese has been widely recognized not only by consumers, but at a variety of major competitions as “best in class.” These include the Reserve Champion prize for its Riviera Chaliberg awarded by the renowned British Empire Dairy Show held in Belleville, Ontario.

Most recently, the company itself received a gold medal awarded by the Institute for Entrepreneurship National Bank, HEC Montreal, PwC and BCF Business Lawyers to recognize the successful transfer of ownership. “The determining factor in winning the award not to mention our success over the years is the strength of our family values applied to our business,” Melanie says. “These values encompass mutual respect, teamwork, integrity, pride and determination in working together with family members, colleagues and clients.”

New Family Traditions
No company, no matter how successful in the past, can afford to rest on its laurels. Melanie points to a number of new initiatives under consideration.

“By next year we’re hoping to partner with some European companies to do joint research and development. Meanwhile, we’re looking to invest in our facility and further modernize our plant to increase capacity. To that end, we just presented a $14 million project to the Quebec government in the expectation we will receive a $1 million grant subsidy to being moving forward.”

A number of projects are currently either on the drawing board or already underway. These include:

She adds, “During the last two years, we’ve doubled our annual sales in our existing markets. But our objective is to expand beyond Quebec and eventually into other Canadian markets.”

That expansion includes new product categories as well as further geographic distribution. “We’re looking at adding other milk-based products besides cheese,” Melanie says. “At the same time, we’re looking to transform ourselves from a primarily product-drive company to a more market-driven enterprise that emphasizes differentiated product development that satisfies consumer needs, improved data analyses and innovation in everything we do.”

As examples, she points to, rebranding the Riviera logo and packaging, as well as the corporate logo and slogan from “The Taste of Tradition” to “Dairy Craftsmen since 1920.” Melanie adds, “Also, we’ve redesigned our website to provide a more dynamic user interaction, as well as offer bilingual versions so it is accessible to both English and French speaking Canadians.”

She emphasizes, however, that cheese continues as an important part of the Chalifoux tradition. “Cheese is a part of the Canadian diet. Recently, we’ve seen increased interest in European-style cheeses, such as parmesan, as well as interest in organic cheese and smaller portion sizes. Our mission is to continue to innovate to provide our customers with the best-quality products using the best practices. We want to provide an alternative to big name manufacturers. And, in looking towards our 100-year mark as a company, we want to properly develop the next generation of Chalifoux management.”