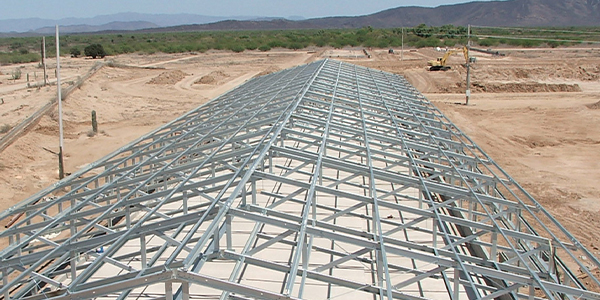 Pork has been the main dish for Norson, a vertically integrated company that, for the past 33 years, has produced, processed and marketed about 52,000 tons a year of what the industry likes to call “the other white meat.” Recently, this leader in the Mexican pork business decided to vary its menu with a new entry to address the growing Hispanic market in the U.S. – specially pre-packaged foods flavored with a genuine ethnic taste, and that in addition to pork includes beef and chicken.

Founded in 1972, the company was first called Alpro by a small group of pig raisers in Hermosillo, Sonora’s capital city, located in northwest Mexico about 200 kilometers from the U.S. borderline. The initial idea was for independent producers to join forces and collectively market pork products primarily to Mexico City. This joint operation led to substantial improvements in bargaining power for supplies with greater capability to fulfill large volume orders more efficiently.

Towards this end, the company invested in the latest technology with particular attention to sanitary control, far advanced to what was considered standard for the industry in Mexico at the time. In 1999, Alpro formed a joint venture with Smithfield Foods Inc., an American global leader in pork production and marketing, which became Norson. One of the new company’s first ventures was “ready-to-eat” pork products to Japan, one of the world’s biggest pork consuming nations, where it has enjoyed considerable success in importing pork meat for the last 14 years. In fact, 25 percent of the company’s $112 million (U.S.) in annual sales are to Japan.

“The Japanese market is noted for being particularly picky and our growing exports to that country is one of the biggest testaments of our capabilities to provide a consistent and high-quality product,” points out CEO Carlos Patron. Equally promising are exports to the U.S. in a prepared product category new to Norson that includes meat the company itself does not produce. Although it currently represents only 4 percent of its overall sales, the U.S. is looked upon as a land of new opportunities for Norson. “In 2006, we project sales to reach four million pounds,” Patron says. “So this is an exciting extension of our core business and one we think we are uniquely positioned to address in the U.S.”

Rio Sonora
As a Mexican company, Norson unquestionably has native insights into Hispanic taste preferences, which it emphasizes through the brand name of “Rio Sonora.” Currently, it sells to a Caucasian American population and also the growing Hispanic population in the Southwestern United States, primarily through Costco in California, as well as other retailers. It is not, however, limiting itself geographically, and already has a presence in other areas such as Chicago, Arizona and Texas, and expects to eventually roll out nationwide coverage.

Andres Morales, vice president of sales and marketing, explains, “The Hispanic population in America has been on the rise for the last 10 years and, if anything, will continue to grow at an even faster pace over the next 10. That of course is behind the trend for food with real Mexican flavor. While others are trying to meet the needs of this category, Norson is producing “authentic Mexican cuisine” products that are satisfying these particular consumers that ask for real Mexican taste products.

To fully address this high-potential segment, Norson is relying on local beef suppliers, something new to an operation that has been hitherto largely self-contained. “Our relationship with Smithfield has helped us work in areas other than our core competencies where we don’t have a strong position,” says Patron.

“We raise our own pig livestock, produce our own feed made from top quality grains. This ensures that the pigs are healthy, and producing better tasting meat that has the right color and texture, and, consistent with consumer trends, has a lower fat content,” Patron explains. To bring this about Norson invested $13 million towards a balanced-meal foodstuff production plant with an output capacity of 220,000 annual tons, capable of supporting up to 37,500 sows in production.

Currently, there are 32,500 sows located in a prime region in Mexico for pig raising certified as free of disease. The past two years, the company invested $56 million in upgrading farm operations. Norson boasts the most modern pig production in the country that adheres to the highest sustainable animal health and general environmental standards. Norson’s slaughterhouse is compliant with TIF (Spanish acronym for Federal Type Inspection) and USDA (U.S. Department of Agriculture) requirements; its slaughter line uses technology from Holland with a capacity to slaughter 2,300 pigs per shift daily. Moreover, the pre-slaughter process is stress-free both to ensure humane treatment of the animals as well as a higher quality of meat.

In addition, Norson operates a processed food plant to manufacture weight–controlled portioned products prepared fresh or frozen that are ready to cook and eat. These products can also be specially marinated or seasoned or even pre-cooked.

“Vertical integration guarantees products of unique taste and superior quality,” Patron says. “At the same time, we have complete control of our raw material and production costs that allow us to achieve economies of operation. Moreover, it provides us with the flexibility to meet changes in consumer preferences and consumption patterns easily and cost-effectively.”

It also makes Norson totally responsible for food safety, which the company touts as one of its noted strengths. All procedures conform to the “Sonora Safe Pork Farms” program, a system sponsored by Norson for the state government that controls bio-safety, structure and antibiotic use in the farms under strict veterinarian supervision. Under that program, for instance, no antibiotics can be used on an animal five weeks prior to slaughter. In addition, a High Quality Assurance Team monitors every aspect of production and enforces HACCP (Hazard Analysis of Critical Control Points) to verify absence of unwanted substances.

All of this ultimately depends on the high skill levels of the 2,000 people who work at Norson. “There’s still some skill involved in processing pork, and our employees are noted not only for their skill with a knife, but in their commitment to the job and doing things right,” says Morales, “From the staff on our farms, all the way to our process engineers, our cleaning crews, and the sales and management departments, everyone plays an important role and lends their efforts to realize the company’s achievements.”