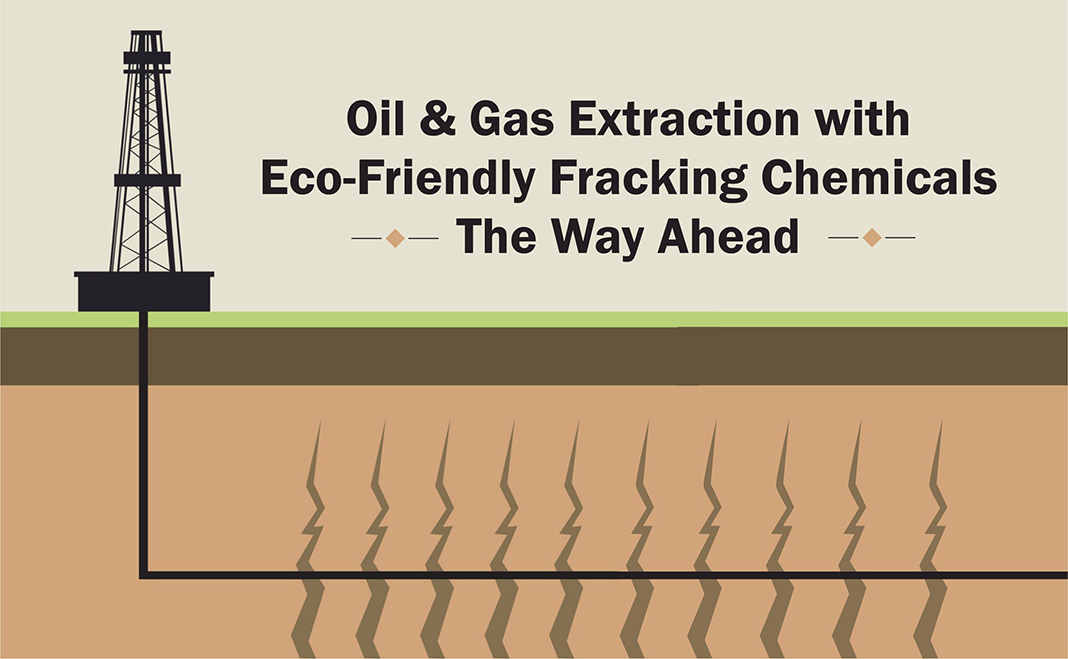 The terms ‘Fracking’ and ‘Eco-friendly’ might not go with each other. But ‘Eco-friendly fracking’ is a term that is becoming a buzzword in the Oil & Gas industry and has the potential to wipe out any environmental concerns that arise during traditional fracking. Whatever the pace of the energy transition, the world will continually rely on oil and natural gas for much of its energy needs. And to extract these elements, fracking is an essential step. However, traditional fracking causes environmental pollution and many other ill effects on the ecosystem. Let us take a sneak-peak into the world of fracking chemicals.

The Rise of Hydraulic Fracking in the US

The period of 2005 to 2020 proved to be a bucket full of positivity for the oil and gas industry in the United States. The U.S. oil production has leapfrogged significantly, during this period, driven primarily by production from hydraulic fracturing.

With Just 0.5% Volumetric Share, Fracking Fluids have Much Larger Impact

Fracking, as we all know is a process in which the mixture of water, sand, and a particular amount of combination of chemicals are injected at high-pressure into the rocks to extract gas and oil through the head of the wells.

The fracking fluid typically consists of 98 to 99.5% of water and sand and 0.5 to 2% of chemical additives namely biocides, crosslinker, corrosion inhibitor, friction reducer, surfactant, clay stabilizer, gelling agent, scale inhibitor, and breaker. Sand prevents the closing of created fractures/fissures. Fracturing fluid enhances the extraction process and thus increases the quantity of the hydrocarbons to be extracted.

These additives are just 0.5-2% of the total fracking fluid, but if we consider the millions of gallons of water being used during a fracking operation, the amount of these additives tends to be very large. If roughly estimated, a four-million-gallon fracturing operation would use 80 to 330 tons of chemicals which is a huge amount and which can harm the environment.

Well, lamentably, the chemicals used in this traditional fracking include methanol, ethylene glycol, and propargyl alcohol along with many other fracking fluids, which are considered TOXIC.

People residing in the nearby areas of fracking mines have been constantly complaining about several health issues. Increased health risks like, nose, eye, and throat infections, cardiovascular issues, respiratory problems, cancer-related hospitalisations have been noted.

The people residing near and around the fracking sites also worry about the quantity of the water they have. Fracking not only affects the quality of the underground water but also the process uses a huge amount of water. Estimates suggest that fracking a well can require up to 55 million litres of fresh water that becomes ‘wastewater’ which is toxic and may leak into the local lakes and rivers.

Eco-Friendly Fracking Chemicals – The Next Breakthrough

The manufacturers and suppliers of fracking chemicals are focusing on the green chemistries to make fracking, environmentally friendly. These chemicals are not only safer to the environment and eliminate the risk of exposure to workers, but also optimize the productivity of the wells.

Gelling agents, crosslinkers, surfactants and friction reducers are among the most-commonly used (top 4) chemicals together accounting for two-thirds of the global market for eco-friendly fracking chemicals, according to Stratview Research.

According to Stratview Research, the annual demand for eco-friendly fracking chemicals is approx. US$ 6.0 billion (in 2020). The eco-friendly fracking chemicals could witness an upsurge in their demand offering a total sales opportunity of more than US$ 35 billion during the next five years, most of which will arise in the US. As a result, all the leading players are headquartered in North American region.

Stratview Research states that the recovering crude oil prices is compelling the operators to carry out hydraulic fracturing activities at a good level. And due to the increasing awareness of the environmentalists, the market for eco-friendly fracking chemicals is likely to gain traction in the coming years. Various regulations passed by the government regarding environment protection are likely to propel the market.

Paving the Way Towards Sustainability

The economic slowdown caused by the fight against the coronavirus took a toll on the Oil and Gas industry as well. One of the positive outcomes of this pandemic has been a surge in interest in renewable energy. Governments are keen to further invest in clean & green renewable energy after the world unlocks from the lockdown. To know how O&G industry responded before & during the pandemic, let’s check the stats (Source: Baker Hughes) –

– In February 2020 – active rig counts were around 2125 which steep dropped to a figure of 1514 in the month of April. The outbreak hammered the industry terribly by the end of 2020.

– Positive signs of recovery and growth were visible after the slow-down of COVID-19 outspread, as the rig count over the globe increased from 1016 in October 2020 to 1270 in February 2021.

– The growth arithmetic reversed after the hit of the Covid19 second wave. But this time, the downfall is negligible and the count of rigs in May was 1262 rigs all over the world.

Love the Mother Earth. Don’t Frack it, Rather, ECO-FRACK IT!

A familiar fact – The main function of fracking is to extract natural gas and oil from shales. Traditional fracking uses high-pressure clinically-treated water and other chemicals at enormous environmental cost and hurts our mother earth.

Yet another familiar fact – We don’t have planet ‘B’.

The toxic fracking chemicals lead to soil and water contamination, which not only pollutes the nearby drinking water resources but also affects agricultural production. Considering many such environmental costs, the world is about to witness a high rate of replacement of traditional fracking chemicals with eco-friendly fracking chemicals in the coming years. 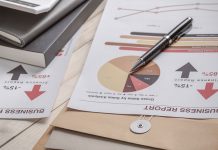