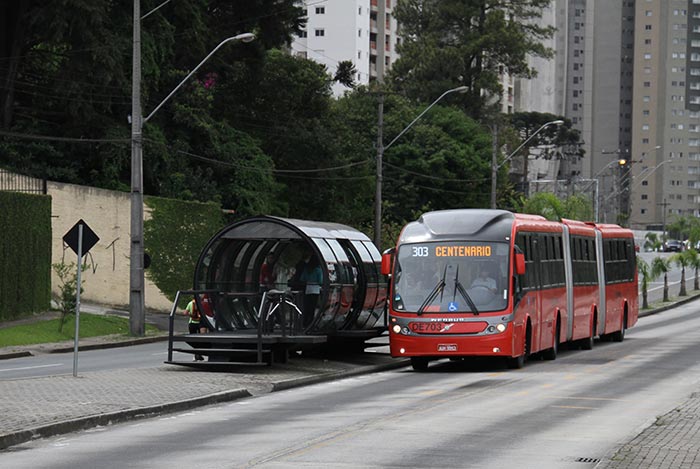 Political crisis in Brazil affected all of the nation’s companies. Owing to this, a huge change was necessary – including reorganization of administrative policies, new management models and adaptation of existing products,” begins Alexandre Pontalti, Business Director of Neobus Ônibus Ltda. The company is one of Brazil’s most prominent manufacturers of micro, urban, BRT, intercity and road buses and a reference in Latin America. His words summarize an important strategy that powered Neobus past economic threat and fueled the innovation and quality for which it is recognized today.

Part of the Marcopolo Group, leader in production of bus chassis, Neobus has strengthened its position and built on its roots – dedicated to passengers, drivers, fleet customers and small transport companies from the start.

Neobus was founded in 1991, when it began producing components for the automotive industry, including agricultural, passenger and furniture transport. In 2000, the company focused efforts on the development of passenger vehicles, manufacturing its first microbus, the Thunder+, whose strong differential was its specific structure for heavy traffic.

In 2002, Neobus launched the Spectrum. “It was not only a new alternative in the market, but also the introduction of a new category of busses,” explains Pontalti, “on account of the model surpassing nine meters in length, which is really the limit for the microbus, and reaching eleven meters making it a new style of conventional bus.”

Neobus continued adapting and modifying the success of its models, which were satisfying niches in urban transport. In 2004, the unique Thunder Plus was launched, whose revolutionary style door at the front of the vehicle allowed space for six more passengers.

From 2006 to 2008, the organization concentrated on the intercity bus carriers, such as the Spectrum Road and Spectrum Class lines. With a poorly developed passenger rail network, Brazil’s towns and cities are connected by charter busses that offer all classes of transport at more affordable prices and often more practical routes than air travel. Pontalti clarifies: “The bus lines represent strong solutions in this category and are growing year after year by virtue of the benefits that they offer the transport companies and passengers.”

True to its company culture, Neobus predicted market demand two years later with the introduction of the Mega BRT. This bus foresaw the growing demand on public transport, especially with the Soccer World Cup of 2014 and Olympic Games in 2016. A solution designed for big events, the Mega BRT was (at that time) named the biggest bus in the world.

In 2012, Neobus launched its first line of uniquely designed road transport buses. Focused on safety and comfort, the N10 bus took design appearance, performance and durability into consideration – thinking of both passenger and operators.

Today, Neobus has manufactured in excess of 45,000 buses, between micro-bus, urban, BRT (articulated and bi-articulated) intercity and road buses. Staff and commercial presence in 18 countries.

“Our intention was always to achieve global presence,” says Pontalti. He explains that all editions of the busses are projected and designed with international considerations in mind. The global appeal of Neobus has also catalyzed the company’s growth. With particularly strong markets in Chile and Mexico, Peru and Bolivia are also growing and Pontalti emphasizes sales in South Africa as well as strengthening clients in Ecuador.

Great care and attention is paid to international sales. “Much of our growth is due to increasing our network of sales abroad and exploiting the potential of these emerging markets. However, local partners and research are essential,” clarifies Pontalti. The homologation of Neobus models facilitates exposure, but visits and analyses are necessary before launching new markets.

“We are not only selling a product. We are selling full support, quality and durable solutions,” the Business Director says. “This means establishing important partnerships with local suppliers, who have the know-how, expertise and quality to offer after-sales service.”

The busses, which are assembled at the company’s 52,000-square-meter plant in Caxias do Sul, in Brazil’s southern state of Rio Grande do Sul undergo rigorous stability tests to guarantee total safety. The production facility is also regulated by SAP software.

The reasons behind Neobus’ success are simple and effective: Strong product, partnerships, design and performance. “Our innovation extends to producing the best quality at most accessible prices,” Pontalti affirms. “From tires, to engine performance, fuel consumption to maintenance – our clients are getting the best value for money.”

Together with modern and agreeable designs, there is no stopping these busses. The company also recently won an award for clean energy sources and renewable energy use. “Our products have a clear concept.

Our focus is on the people and our experience is that once a client tries Neobus, a continuous relationship is established,” Pontalti concludes.