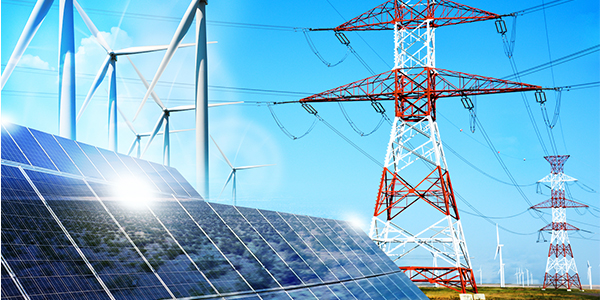 Founded by entrepreneurs within the competitive mid-1980s telecommunications market, Power Measurement introduced the world’s first panel-mount, three-phase digital power meter in 1984. Before that, measuring power usage at the grid level was a decentralized affair, and enterprise-level power monitoring was simply unheard of. Thanks to Power Measurement, engineers could use a network of digital power meters to monitor power throughout an entire facility — or even at a company’s facilities spread throughout the country — from one centralized location.

The idea proved revolutionary, and the company met with almost immediate success. “It’s a Silicon Valley-type of success story,” says Power Measurement’s chief executive officer, Bradford Forth. “It came out of the basement, and now we are the global leader in the field of end-to-end enterprise energy management.”

The once-privately held company is now 20 percent employee-owned and 80 percent industrial-investor owned, under a consortium led by GFI Energy Ventures LLC of Los Angeles. From its main headquarters and manufacturing facility in Victoria, British Columbia, Power Measurement employs more than 200 industry professionals worldwide. Power Measurement manufactures a variety of products within about a half-dozen product families; but the main goal of each product is the same: to ensure improved operational economics and energy reliability.

Energized Market
Electricity can be one of the largest consumables in manufacturing as well as in the computer-driven, knowledge-based economy. It is estimated that power usage within the commercial and industrial energy market reaches $200 billion per year.

According to Forth, many users are simply unaware of the waste that occurs within their facilities. “All kinds of sins are hiding inside of that electric bill,” he says. Flushing out these sins is where Power Measurement’s systems offer real solutions. “It’s been clearly shown that systems such as ours can result in cost reductions of 10 percent or more in electricity,” Forth adds.

Power Measurement provides both physical devices as well as software. “Think of it this way,” Forth says. “An electrical system is a very complicated system. What we do is ride on top of that system and monitor it at the enterprise level.” As an original-equipment manufacturer, Power Measurement also produces metering components for some of the world’s largest electrical equipment suppliers, including ABB, Siemens and General Electric.

The overall benefits of Power Measurement’s systems are improved economics of operation and improved energy reliability. To achieve this, the company’s line of products serves three main areas. The first is energy management for commercial and industrial customers. Using the company’s hardware and software at the enterprise level allows customers to measure energy usage and costs on a massive scale — at a single campus or at multiple locations throughout the world.

“In residential situations, if energy were to cost you more at 10 p.m. than at 6 p.m., you’re not going to change the time of your dinner,” Forth notes. “But in the commercial industrial area this presents a real opportunity to take advantage of pricing schemes and reduce inefficiencies.” In short, the choice of when to run systems within a 24-hour operation can result in major cost savings.

The digital economy requires an even higher level of clean power, a level referred to as the “high nines,” which run something like 99.9999 percent clean or higher. Experts believe 40 percent of the energy load will be of this “high nines” quality by 2010. Power Measurement’s systems help ensure that these levels are sustained by sending warnings to customers when things are about to happen, such as a circuit breaker that is about to trip. “This way, a company can act proactively and take preventative measures to avoid down time,” Forth says. “Our systems monitor the potential for failure, and recommend predictive maintenance, so the problem doesn’t happen at all.”

The third use of Power Measurement’s devices is providing a platform for real-time pricing within the energy market. “Unfortunately, the need for this is being illustrated very well by the state of California right now,” Forth says. The state’s current system runs into shortages because current pricing schemes do not allow for daily fluctuations in supply and demand. “For whatever reason, on any given day, the energy company doesn’t have as much supply as they normally do, so what should happen is that price should go up at that time until the demand levels decrease,” Forth says. “The current system is simply not able to adapt to these changes.”

Making the Price Right
Power Measurement provides a platform whereby energy suppliers and end users can make quick decisions to agree on ongoing price changes. “Otherwise, when the price stays the same in light of increasing demand, the only way to adapt is to institute rolling blackouts.” The company’s Web-enabled metering technology facilitates real-time pricing on a large scale. “We have this technology commercially available now, and the implementation has so far been at the grid level,” Forth says.

This type of innovation fuels Power Measurement’s reputation for helping companies to achieve greater energy reliability and cost savings. “For example, the University of British Columbia was able to save $70,000 by identifying a single outage-related billing error.” says Anthony Tisot, Power Measurement’s manager of corporate communications. “By helping to prevent costly downtime, and supporting functions such as bill verification, a Power Measurement system can pay for itself in a short period of time.”

The demand for enterprise monitoring systems has been increasing very sharply, but Forth says Power Measurement is ready: “With these three opportunities, we really see a convergence on accelerating the adoption of these technologies. So making it easier and cheaper to deploy these types of systems on a large scale is what we are focusing on for the future.”