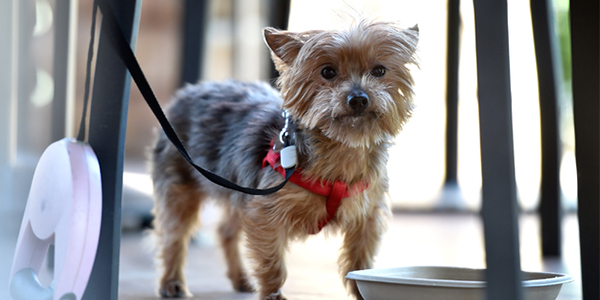 A few years ago I wrote an article for US Industry Today detailing the incredible growth in the pet industry. At the time it looked like growth may have been getting ready to plateau. After all, we had just seen the industry grow from about $17 billion in 1994 to the almost $31 billion that had been projected for 2003.

As it turns out our love affair with pets is stronger than ever. And, it shows no signs of slowing down anytime soon. According to spending figures generated by the American Pet Products Manufacturers Association, a trade association of over 900 manufacturers of pet products, 2006 will see spending on pets surpass $38 billion. According to U.S. Census Bureau numbers, this figure would make pets the 8th largest retail segment in the U.S. – larger than toys, jewelry, hardware or even candy.

With the overall industry expected to show a healthy 5–6 percent increase over 2005, certain segments within the sector show even more remarkable growth. Veterinary care is up almost 8 percent year to year as well as other services such as grooming, boarding and training. Even pet supplies is showing an almost 7 percent increase in 2006.

Interestingly, this growth is not just attributed to an increase in the number of companion animals. During the late 1980s and into the mid 1990s ownership of pets showed a steady rise until roughly 60 percent of all households in the U.S. had at least one pet. Since then the growth as a percent has leveled off somewhat to around 63 percent. But, because the number of households continues to grow, the actual number of pet owning households now exceeds 70 million. And, those people own close to 400 million dogs, cats, birds, fish, horses, reptiles and small animals.

Our love grows
What continues to drive this love affair? Part of the answer lies in the demographic of just who these pet owners are. While pet ownership crosses all segments of the marketplace, a closer look indicates that the faster growing segments (at least from a spending perspective) are two groups where the family pet plays a significant role.

Baby boomers have reached the point where their children have grown up and moved on to their own lives. As a result, the household is uncomfortably quiet and pets are helping fill that void.

The other segment comprises young professionals who are more interested in pursuing careers rather than families. Again, a pet is filling the void created by postponing children. In effect, in each of these instances the pet becomes part of the family.

And, more important to note, each of these groups has significant disposable income. For people whose pet has attained such important status in the household, it is no longer satisfying to merely reward the pet in traditional pet terms. Pet owners are now making themselves feel better by rewarding their pets in human terms with such things as gourmet treats, luxurious beds and massages and taking them along on extravagant vacations. And, human gratifying items cost more (generally) than pet gratifying items.

Tracking Fido
It is important to note that the pet industry is showing signs of a maturing industry at the same time it continues to demonstrate healthy growth. Mergers and acquisitions are an everyday occurrence fueled both by new, traditionally human product companies looking for a quick entry into the pet segment as well as established pet companies looking for a jumpstart on line extensions. At the same time start-up companies are constantly appearing. This year alone APPMA accepted over 200 applications from new, mostly start-up companies.

Many of these new ventures, as well as an increasing number of existing firms, are offering high tech products to make pet ownership more practical for groups that traditionally shied away from pet ownership. Pet households where no one is home for extended periods of time during the day now have products available to allow responsible pet handling. There are timed watering and feeding devices to make sure there is always a fresh supply throughout the day. Automatic litter box cleaners keep a cleaner pet environment. Electric fences along with built-in sensors permit pets to exercise throughout the day. There are even monitoring devices to allow you to keep an eye on your pet while you work and GPS tracking devices if they manage to wander off.

While these innovative products are helping drive growth in pet supplies and products, pet services have become one of the fastest growing trends over the past three to five years. For many, it is no longer enough just to take Fido to the kennel for boarding. Americans are now utilizing pet hotels at up to $75 per night and more to make sure their pet has heated floors, its own sleeping area, personal exercise and even a television!

PetSmart has developed a national program integrating pet hotels into a large number of its retail stores. Beyond the hotels are pet spas offering massage therapy as well as high end grooming services. There are even an increasing number of professional pet sitters, walkers and “pooper scoopers” to make pet ownership more manageable.

It is becoming easier to anticipate the next big trend in the pet product industry. One need look no further than many of the hot trends in the human products world. As marketers have come to the recognition that humans are making pet purchases and not their pets, they are looking to what’s hot in the human marketplace for ideas. Keep your eyes open and you could be the next trendsetter in a rapidly growing marketplace.

Bob Vetere’s is president of the American Pet Products Manufacturers Association, the leading not-for-profit trade association made up of over 900 pet product manufacturers, their representatives, importers and livestock suppliers. APPMA’s mission is to promote, develop and advance pet ownership and the pet products industry. Visit www.appma.org.