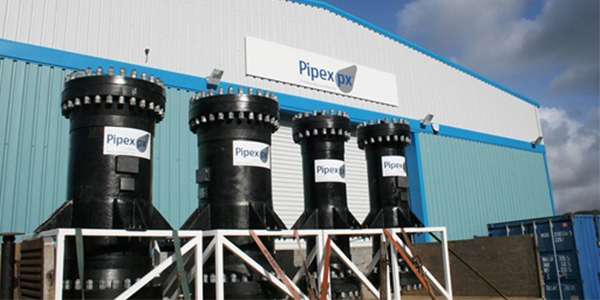 Before July 2001, companies in the chemical, power generation, pulp and paper, and petroleum industries usually went to one of the two leading manufacturers of fiberglass piping systems for the products they needed. The company manufacturing centrifugally cast piping told these companies its products were the best. The company manufacturing filament-wound piping said its products were best. Well, they were both right, but for different reasons. Today, they are both right for the same reason — as they now operate as one united company.“Smith Fiberglass (of Little Rock, Ark.) and Fibercast (of Sand Springs, Okla.) used to compete head to head, and each would say their process was better than the other’s,” says Rick Heidinger, vice president. “Now that we’ve merged, we are a single source for our customers and we can explain the advantages of both processes and which one would work better than the other in a particular application — thereby giving our customers throughout the world the most cost-effective solution for their specific applications.”

Before the merger/acquisition, Smith Fiberglass offered lower-end utility piping products. “This sector was Smith’s forte, and we also offered some very high-tech product lines to the market — products that competed against alloys like stainless steel and other very high-grade steels,” explains Heidinger. “But we were not very strong in the in-between, bread-and-butter chemical market.”
Fibercast’s product line fits perfectly between the two Smith lines, and the merged companies can now offer everything from low-end utility piping products and chemical process piping (from Fibercast) to Smith’s high-end products. “Fibercast brings to the new company a different manufacturing capability as well as their high-quality chemical process piping products,” says Heidinger.
Smith Fibercast is primed for sweet success and is in an enviable position for significant growth. “We are the only company in the world that can offer both filament winding and centrifugal casting under one corporate umbrella,” says Heidinger. Smith Fibercast is the largest producer of molded fiberglass fittings. “We compression-mold many of our fittings, particularly those between 1 inch and 8 inches,” Heidinger says. “The two facilities allow us tremendous manufacturing capabilities for a wide variety of fittings, and that will be an advantage for our customers because, in some cases, one company or the other had to hand-fabricate some of these fittings. Now we can mold them, again offering the most cost-effective solution to our customers.”

The Right Fit
The company plans to move forward as the premier provider of both manufacturing processes under one roof. “Each process has its advantages,” says Heidinger. “We will be able to select the right process for our customers — the process that offers better pressure capabilities, better support-spacing capabilities, better physical properties and better corrosion resistance.”

Smith Fibercast anticipates significant growth for the company in two primary markets: power generation and pharmaceuticals. “We offer very high-grade products for these markets, and they are products lower in cost that can be used in lieu of traditional materials such as expensive alloys,” says Heidinger.

The Z-CORE product line, for example, replaces alloys and expensive piping systems such as “lined steel,” which typically use fluorpolymer liners. This line has broad applications in both markets. “The fluorpolymer in those piping systems is permeable, and molecules of the materials it is transporting can permeate the liner and attack the carbon steel,” explains Heidinger. “When the steel corrodes, the product fails because the liner can collapse.”

Fibercast was merged into the Smith Fiberglass Division of Fiber Glass Systems, a Varco company, whose other division is Star Fiberglass (focused on oil-field applications). Smith Fiberglass served two primary markets prior to the merger — one being the chemical/industrial market, the other being the petroleum-marketing or service-station market. “It’s very likely that, when you fill up at your local gas station, the gas traveled through our piping that runs from the underground storage tanks to the dispensing nozzle,” says Heidinger. He also notes that Smith has been providing piping for this market since the mid-1970s: “That is a large piece of our market under the Smith side of the business.”

One Flexible Source
Probably the most outstanding effect of the merger is the ability for Smith Fibercast to offer single-source solutions to customers’ corrosion fluid-handling problems. Heidinger says, “We have a lot of manufacturing capacity and we are able to manufacture products at the most cost-effective plant, as each plant offers its own unique manufacturing processes.”

Fibercast continues to be a world leader in producing reinforced composite piping systems. It brings to the merged company its strength as the only manufacturer in the world to offer four different manufacturing methods: centrifugal casting, filament winding, compression molding and hand layup. The heart of Fibercast’s product line is its proprietary centrifugal-casting process for fiberglass pipe. “Merging Fibercast into the Smith Fiberglass Division has really made us the major player in the world in the chemical/industrial marketplace – primarily in the North American countries of Canada, Mexico, and the U.S.,” says Heidinger.

The company can shift the production of particular products to any one of its six manufacturing facilities, which enhances both its customers’ bottom lines and Smith Fibercast’s competiveness. “For example,” says Heidinger, “some of the products we sell in the chemical/industrial market are made in our Texas facilities because they can be produced faster and at a lower cost because of their unique manufacturing capabilities.”

The company’s six facilities occupy about 800,000 square feet and employ about 300 people. Facilities within the Fiber Glass Systems Group are located in Little Rock, Sand Springs, Wichita, Kan., San Antonio, Big Spring, Texas, and Harbin, China. Each company had enjoyed a long history of providing quality products and proven performance prior to the merger, and together the new company offers more than 92 years of expertise and product-innovation experience.

The strengths of each company will help propel Smith Fibercast into the worldwide arena more forcefully than its current status. “We plan to expand out of the primary North American marketplace to be a true worldwide supplier of fiberglass piping systems,” says Heidinger. “That will include Smith Fibercast as well as the entire Fiberglass Systems umbrella.” The company also plans to develop strategically located manufacturing plants throughout the world, corresponding to the volume of business generated.