The conversation about green energy is ongoing, yet progress seems to be slow when it comes to implementing solutions. Solar and wind power are used sparsely, mainly due to expenses. Availability to residential areas has not become widespread. Alternative energy sources are unattainable to common individuals due to cost and lack of manufacturing. Biomass energy options are trying to change this by making sustainable and clean energy flexible enough to work in different geographical areas.

New technology is meant to turn common materials into energy. Even the leftover materials can be sold for use in other energy applications. Machinery that is dependent on the strict use of specific ingredients is often unable to produce energy in certain geographical areas. Various local items, such as coconut, wood, and rice can be used to produce the desired type of energy. This may also vary depending on the material and need in the area. Heat, electric conveniences, and water may be the result. The different materials are tested in the AGE Biomass Ultima Technology unit that is built specifically for your area to see what works most efficiently.

The Biomass facilities are also made to alleviate massive emissions that harm the environment. People that live in cities are familiar with the massive amounts of pollution that can be seen escaping from chimneys at energy plants. The new technology is meant to relieve the atmosphere of this toxic addition. The closed-loop system keeps everything contained, even the waste. The waste, however, is often used for other energy endeavors. This is one of the technologies that is backed by Roberto Hroval of Patent Real Corp. Projects that make it to this level of approval stem from incredibly resourceful and innovative ideas, they often show potential for improving the human condition, and that of the environment.

Lack of space or resources often limits energy-saving technology. Biomass units are not all constructed the same. There are various plans available that can easily fit into smaller or odd shaped areas. The idea behind this new technology is to make something that has a greater chance of use in a variety of environments. Efforts to improve the environment should not be limited to high- income and developed countries. Global availability is a necessity that must be addressed for change to be successful.

It is a constant battle to provide for the desires of an energy-hungry community while also moving forward with efforts to heal the environment. The damage done by pollution is nearing an unmanageable level. Efforts to remedy the problem are far behind the fast progressing demise of air quality Biomass tech addresses many issues that have restricted current alternate energy methods from becoming more widespread. They can use various materials, combat the problem of emissions and waste, and can be designed to fit in a variety of locations. We are now one step closer to an accessible, environmentally friendly energy source.

The world is in dire need of a clean liquid fuel that can potentially replace gasoline and such transportation fuels. Artificial photosynthesis is the most promising and potential alternative we have found yet. It is possible through mimicking photosynthesis by converting sunlight, carbon dioxide, and water into fuel.

There are slow and steady improvements in this field, but recently Harvard scientists developed a “Bionic Leaf” which captures and converts 10 percent of sunlight into energy. This is a breakthrough for the industry. It is ten times more powerful than the photosynthesis of the average plant.

The researchers used cobalt phosphorous alloy sort of catalyst in order to split water in hydrogen and oxygen. The bacteria are engineered to work gobbling the carbon dioxide and hydrogen and convert them in the liquid fuel.

Recently, a report confirmed the development of Solar Thermophotovoltaic device. It is capable of pushing the theoretical efficiency of conventional photovoltaics in solar panels.

The standard solar cell absorbs a fraction of sunlight’s color spectrum, only violet to red. The nanophotonic crystals along with carbon nanotubes introduce in the improvement work like a funnel, which collects solar energy and concentrates it into a narrow band of light. These nanotubes capture every light across the spectrum including ultraviolet, infrared wavelengths and convert it into heat energy.

The adjacent crystals heat up to high temperate of 1,00C and re-emit energy as light to help photovoltaic cells capture and concert. This can improve 30%-80% efficiency of solar cells shortly.

The capture of carbon dioxide and recycling it back to usable fuel is yet another breakthrough in Green Energy. The researchers found a way to convert Carbon Dioxide into Ethanol; it is a liquid fuel that is used as an additive in gasoline.

A catalyst was made from carbon, copper, and nitrogen with a textured surface. The concentrated electrochemical reaches at tips of nanospikes. The device converts into a solution of carbon dioxide into ethanol once you apply voltage. The materials are cheap, and this process can be carried out at room temperature. This will help the commercialization of this process.

The waste product of combustion is pushed into a backward reaction. This process can also help store excess energy from wind and solar electricity generation. It worth noting that this process is still in the developmental phase, and it would take a few years to perfect this technology. 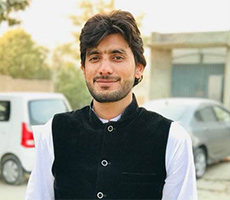 Jamshed Chaudhary
I began writing as a professional on my personal blog and then discovered my true calling, which is writing about technology, News, and gadgets in general. I am a technical writer, author, and blogger since 2010. An industry watcher that stays on top of the latest features, extremely passionate about juicy tech news and everything related to gadgets.