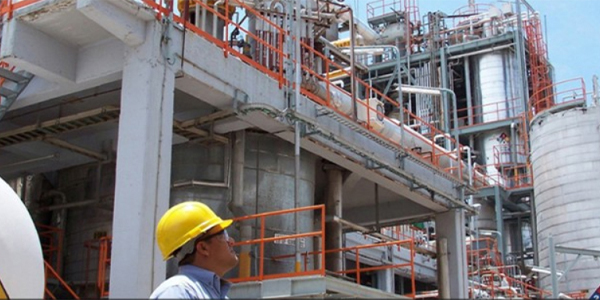 Today, IOESA is a company dedicated to industrial electromechanic design and construction. With its own specific quality controls, testing procedures and protocols, the company offers high quality services in installation processes and several different disciplines.

Transition was not easy. Although IOESA is still a family business, the company’s structure broadened to ensure it will last beyond what the family had directed. The exhilarating growth the company experienced from 1995 to 2001 pushed the change. Under the general direction of Jesús del Río Felix, today the president of the board, and the executive direction of his son Jesús del Río Corrales, IOESA went through its “growing pains.”

MAKING DECISIONS THAT COUNT
Assisted by the business support center of the ITESM (Monterrey Institute of Technology and Higher Studies) or the “Tec” as known locally, one of the most important private engineering universities in Mexico, IOESA developed its new structure. “The sales and operations department, which I used to manage, was unfolded into five new management offices under the supervision of four project managers and one operations and resources manager. Each project manager supervises site managers, one for each site,” said Jesús del Río Corrales, who stepped in as general director when his father delegated the executive responsibilities.

The administration was also divided into the administrative department itself and a quality management department, which has been in charge of formalizing all job descriptions and internal procedures for the last two years. As a part of its institutional strategic plan, the company is undergoing the ISO: 9000 certification and expects final audits at the end of 2006.

“After a period of intense growth, during 2001 to 2004 the company entered a moment of stagnation. We had work but there was no profitability. We tried to refocus on the national clients, but there were some internal problems. Except for the year 2002, our level of assignments was acceptable,” said del Río Corrales. The company took on many jobs, but levels of productivity were very low. In order to respond to every contract, hiring was excessive and overhead increased. Because of its very strong internal quality policy, those expenses were not transferred to the client. Restructuring was on its way, but there were some decisions to be made, such as to control expenses, avoid unproductive investments and contracts, and reduce personnel.

“We reduced our overhead from 19 to 12.3 percent and we expect to reduce it to 10 percent by the end of 2006,” affirmed del Río Corrales. The company kept 200 workers, and hired indirectly 200 to 300 when needed. It maintains a database of 70 to 80 percent of technically trained and certified workers that are on call for big projects.

Results showed in 2005, with a 7.86 percent growth. The company is handling around 50 contracts a year, but is avoiding those that produce loss for unpredictable task or time extension. “Our vendors as well as our clients were loyal to us, and we were able to work out every contract. We never lost a contract even in the worst conditions,” said del Río Corrales.

A STORY BACKING THE COMPANY
Clients and vendors are not loyal to just any company. IOESA created its own credibility through its high levels of performance and success.

For starters, in 1975, the company became associated with Jesús Anaya Vera, engineer, whose specialty was metallic structures construction. The joint venture offered integral solutions in electricity and structure from its offices in Gómez Palacio, Durango. That year IOESA increased its participation in industrial constructions and began projects for Peñoles, Industrial Minera Mexico and CEMEX.

Four years later, the association with Anaya ended, and Gilberto Rosas Simbeck, a wood industrialist from the Durango region, established an association with the company. Through this affiliation, IOESA started manufacturing concrete posts for installation of its own projects. As a result, in 1980 Industrial de Concreto S.A. de C.V. was founded, which manufactured concrete posts at a larger scale for internal and external consumption. The company would later become Electrotableros de Control S.A. de C.V.

“The company went through several changes until I came in 1994. That year, we initiated the control program with the ITESM, and developed and implemented the company’s IIT system. We established our mission, to offer quality services in the electrical segment, promoting technological advancement, employment and profitability. We also established our vision for 2000: to achieve international levels with financial solidity, and professional and personal development for all our members,” said del Río Corrales.

By 1996, IOESA performed mechanical equipment mounting for Cementos Moctezuma in Cuernavaca, Morelos. The same year, CEMEX hired the company to remodel its distribution plant in Freeport, Bahamas. The next year, a second international assignment is obtained at the Cementos Nacionales de Colombia plant, in Tolima, for the installation of a complete grinding, calcinations and cement packing line.

“Rationalization of the business structure was instrumental in achieving our cost reduction goals,” said del Río Corrales, who added, “We finally had a structure that made sense to our business.”

The next year, IOESA performed its first mechanical mounting job according to the ASME code. The job included mounting the heat recuperation boiler for the zinc toasting plant in Met-Mex Peñoles Torreón, a large metallurgical and chemical facility that processes the majority of the zinc and lead mineral ores mined in Mexico and from other countries. “Met-Mex is the number one producer of metallic zinc in Latin America, the leading producer of metallic gold and lead in Mexico, and the largest producer of metallic silver in the world,” noted del Río Corrales. “We were working with 750-pound pressure to mount the boiler at 30 meters high and it weighed 380 tons. The job was very demanding because of its high risk environment. The contract was satisfactorily finished in 2000.

The company obtained SIEMENS certification as a trustworthy vendor in 2001, and completed a precision mounting project for a piping line at Dofasco in Monterrey. Main equipment was mounted with a precision of .001-inch. In 2002, the company was hired by Abengoa, a 1.8 billion euro holding company headquartered in Seville, Spain to build 230 KV and 400 KV substations.

Last year, the company founded the IOESA Dominican Republic branch to build the CEMEX plant in San Pedro de Marcorís for a total of $150 million.

The company has entered a joint venture with France-based Snef to develop a Cemex plant in Latvia, and is working the engineering for a cement plant in Tula, Hidalgo, supplying electrical materials, equipment and control systems.

“In 2005 we started to see the results of our effort to improve our company internally, and the credibility we’ve built with international customers. We are satisfied that we have accomplished our vision, but there is a lot to be done yet,” said del Río Corrales.

IOESA 2000 has also developed mounting protocols, electric equipment testing procedures, materials resistance testing, and other quality control procedures. “All these procedures and protocols are based on NOM, NEC, ASME and NFPA codes. In this way, we can guarantee the quality of our jobs,” said del Río Corral.

“At IOESA, we take pride of being extremely resourceful in order to satisfy the client’s most demanding requirements. Our high quality policy and the dedication and commitment to client satisfaction have paid off, even during our ‘growing pains’ and critical years,” concluded del Río Corrales.