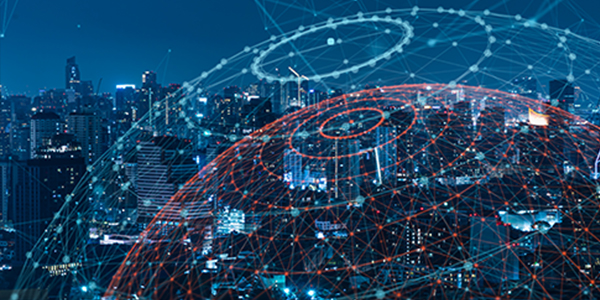 Magnetic fields are ubiquitous, as are radio frequencies and microwaves. They are a fact of life and they create serious interferences that impede the goals of some very critical infrastructures in our society, including national security and defense. Just ask the folks at ETS-Lindgren, a company with over a half-century of experience researching and developing methods of shielding a wide range of critical environments against these interferences.

ETS-Lindgren is a major manufacturer involved in engineering, designing and manufacturing EMI/RFI shielding products for critical-goal applications. “We are the leader in this industry, providing rooms and enclosures that shield against outside electronic interferences, and we are the innovators of DEI (double electrically isolated) technology,” says George R. Lyman, industrial business development manager for the Glendale Heights, Ill.-based shielding group. “DEI shielding, developed in 1952 by Erik A. Lindgren, was the bellwether design that even to this day continues to be a major part of our business,” Lyman adds.

The company focuses its efforts on medical, industrial, and governmental applications. Many times, these applications can actually improve the quality of life and even save lives. For example, ETS-Lindgren has over 6,000 MRI shielded enclosures installed in hospitals, MRI centers and medical research facilities located in over 75 countries around the world. And the U.S. Department of State relies on products with ETS-Lindgren technology to provide shielded rooms in overseas embassies, missile launching locations and military bases. “These shielded rooms play a very important role in national security, as they also provide secured communications and computations capabilities, and they also provide secured acoustics,” Lyman explains.

Nano-precise Solutions
Lyman emphasizes the company’s focus on providing comprehensively designed and engineered solutions – and not just what he refers to as “plain-vanilla” products. “We take pains to truly understand every aspect of our customers’ operations so we can know what their special challenges are – either geometrically, electrically, or logistically,” he says. Take, for example, the shielding the company offered to a project involving the world’s first quantum mechanics-based computer at the physics department at Boston University.

“Researchers are conducting ultra-sensitive computation experiments at nano-scale levels, which can provide about 1,000 times the speed and power of today’s fastest processors,” Lyman explains. This work requires a highly unique environment, virtually free of interferences like acoustic, thermal, vibration, and EMI/RFI noise up to 40GHz. ETS-Lindgren designed and guaranteed shielding and isolations up to 40GHz in a double-shielded enclosure that fit into a room the physics department had designed, and even met the department’s toughest challenge by incorporating DC-to-daylight isolation.

Unlike many of its competitors worldwide, ETS-Lindgren is vertically integrated and can provide not only the shielded rooms and enclosures but all of the components as well, such as doors, filters, sprinkler systems, and all of the accessories supporting HVAC systems that allow fresh air to flow into these rooms while keeping them electrically secured. “We have always been known as the leader in the industry in all three of our markets because of our vertical integration, which means we don’t have to depend on a lot of outside vendors and we can offer anything that’s required from one location and we have much more control from a delivery standpoint – as well as having the flexibility to be able to react to any changes in the design as we work on a project,” Lyman says.

Modular components comprising these rooms are factory pre-erected and then tested electrically to comply with customers’ stringent specifications. “Then they are disassembled and carefully crated and shipped to the location, wherever in the world that might be,” Lyman says, adding these shielded rooms are used in telecommunications, IT, and computer development industries. The company’s teams of installers, the largest in the industry, provide all of the installation expertise.

Propelled by technological discoveries and advancements, ETS-Lindgren offers a number of different shielding designs.”In addition to our bellwether DEI design, we also provide the more traditional cell type enclosures and a wide range of custom and standard shielded table models,” Lyman notes. “Faraday, one of the fathers of electronics, invented the Faraday Cage, a six-sided metal enclosure used to contain and repel radiated energy. When you develop or test any kind of intentional radiator such as a radio, cell phone or a pager, that is to say, any type of device transmitting a signal wirelessly, it has to be developed, designed and tested in a controlled environment so the outside world of radio waves, microwaves and other types of interferences don’t pollute the testing environment. So our goal in shielding is to create electromagnetic compatibility.” He further stresses that the advances in the telecommunications industry, especially within the last 10 years, and the evolution of cellular phones and other wireless devices, has driven ETS-Lindgren’s industrial sector, resulting in significant growth.

Big MACS
Letting customers do it their way is a method that spurs success in a range of businesses. ETS-Lindgren knows this well and its MACS product line allows companies the flexibility to put their expensive equipment where they want it, despite any environmental interferences. Lauded in the medical industry, the Magnetic Active Compensation System offers a welcome solution for locating MRI sites, which need to be shielded against environmental magnetic field fluctuations caused by outside interferences created by things like subway trains, elevators and other types of low-frequency environmental, AC/DC magnetic interferences. The MACS negative feedback technology automatically corrects itself even as the ambient environment changes.

“This is an exciting new technology, used a lot in the world of nanotechnology-based R&D and manufacturing,” Lyman says. Nanotechnology necessitates the use of precision equipment such as electron-microscopes and e-beam devices in order to image down to the atomic level. Used in the industrial sector, this kind of equipment is necessary for work in materials research for things like studying the atomic structure of crystals used in semi-conductors, for example. “Our MACS units sense, in real time, AC and DC magnetic disturbances and in real time they create an opposing magnetic field that actively cancels the disturbance,” explains Lyman.

“Say a researcher at NASA is studying a metal structure and they need to examine it at the atomic level,” continues Lyman. “Well, these microscopes cost upwards of $2 million and companies would like to place them where they need them within their building. If they need to put them where there is a bad magnetic signature, it means they’ve just spent a lot for something they can’t use where they want to use it. Our device allows them to put their equipment where they want to put it, and it also allows them to achieve the resolutions and the levels of performance they require.”

For example, the global consortium of semiconductor manufacturers – International SEMATECH (ISMT) – called on ETS-Lindgren when it needed a quick and innovative response to a challenge in its state-of-the-art Tecnai F30 scanning electron microscope. “In order for ISMT to utilize the microscope’s capabilities for imaging and chemical analysis with spatial resolution below 2 Angstroms and energy resolution near the ultra-sensitive 1eV for spectroscopy, the stray magnetic fields needed to be controlled,” Lyman explains. So, the company installed its MACS unit and magnetic fields were reduced significantly to 88 nT and the system continually adjusts to the changing environment within the ISMT facility.

ETS-Lindgren’s newest launch, unveiled at the recent Radiological Society of North America (RSNA) show, is its Auto Seal II door, an automatic sealing RF door that also provides acoustic performance and is the industry’s first fire-rated door. “It offers technology that is important to the medical community as well as to governmental applications and it’s something that’s never been done before in the world of doors for shielded rooms,” Lyman says. “It will be a welcome product for people wanting to install new enclosures and for those wanting to retrofit older shielded rooms.”

Magnetic Attractions
The company has enjoyed a long and illustrious journey from the first day founder Erik A. Lindgren opened the doors to his new business – Erik A. Lindgren & Associates – focused on manufacturing Faraday cages. That journey included numerous company name changes, patented products, acquisitions, and company moves. Today, the company enjoys the strength and financial backing of holding company ESCO Technologies Company. It employs about 140 people, who support operations in the 63,000-square-foot Illinois facility, as well as the 60,000-square-foot manufacturing plant in Minocqua, Wis.

Product diversity reigns supreme at the company that recognizes that each of its customers has specific requirements. “These range from the engineer who needs a small table-top enclosure where he can do tests and development work to folks with the need for very large rooms to house a number of people all doing secure communications and computations,” Lyman says. “So there is a tremendous range of dimension in our products – from the smallest to the largest.”

With numerous milestones woven into its history – including the 1989 major multi-year contract to supply RF and acoustic shielded rooms to the U.S. Department of State – ETS-Lindgren points to a heritage of offering the highest-quality products with the highest level of customer service. It continues to grow in spite of anemic economies, Lyman says. “We’ve managed to diversify ourselves by offering products in these three marketplaces so we have been able to maintain our steady growth through good and bad times by not having to rely on one particular market,” he says.

The company is also heavily involved in supporting university work in R&D, especially in the area of nanotechnology. “We support this work with many standard and custom designs developed in our industrial group and we are seeing new and exciting applications in the world of biological and biophysical studies such as brain and cognitive studies,” Lyman says. He adds many Nobel Laureates work with the company in these supportive endeavors. “And all of this work is the result of our traditional and original product, which brought us to where we are right now.”