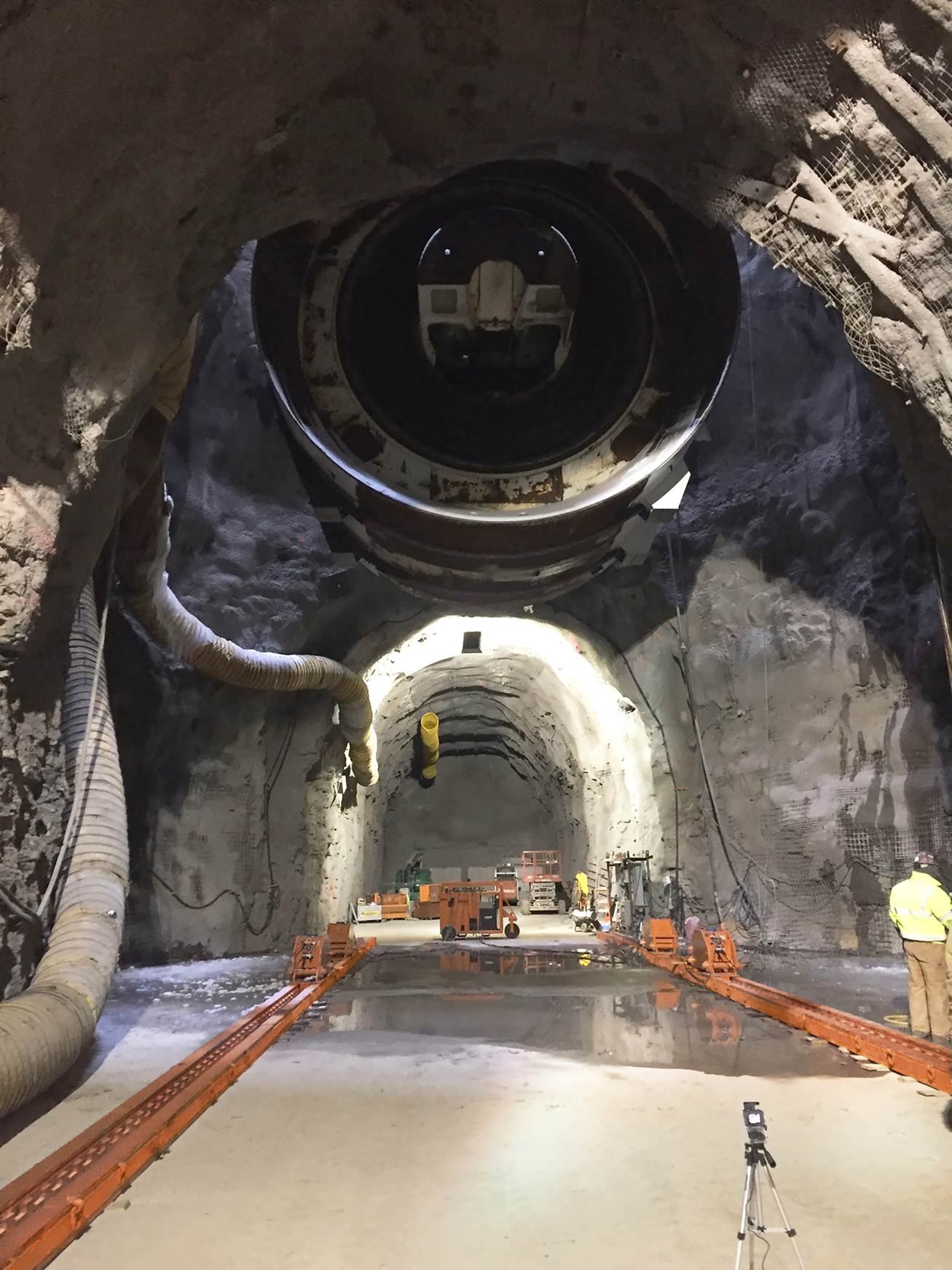 The equipment was integral to delivery of a heavy lift and transport contract for a crucial phase of the $150+ million project, part of a broader plan for the collection, storage and treatment of waste and rain waters, with the objective of reducing the level of environmental pollution in Lake Erie, one of the five Great Lakes in North America. The project is overseen by a joint venture formed by Lane Construction Corporation’s subsidiary, S.A. Healy, and Lane’s parent, Salini Impregilo.

PSC accepted a scope of work to load the over dimensional, overweight tunnel boring machine components, transport them to an installation shaft, lower six of 12 pieces (the largest weighing nearly 500 tons), and assist with assembly 200 ft. beneath the surface. The other six, smaller parts were lowered by crawler crane with the piecemeal descent taking place in sequence. PSC was then presented with a challenge to slide the reassembled boring machine approx. 300 ft.

PSC loaded the components onto 20 lines of self-propelled modular transporter (SPMT) before moving them half a mile to the shaft. There, a 700-ton capacity hydraulic gantry served as a lift tower in conjunction with an 800 metric ton capacity Enerpac strand jack atop 80-ft. girder beams spanning the 50-ft. diameter, 200-ft. deep shaft.

Randy Sever, executive vice president at PSC, said: “The main shield or protective structure of the boring machine was the heaviest and lowered onto the HT500 first. Then we lowered the cutter head that was mounted onto the main shield. The other 10 parts of varying sizes and weight we lowered sequentially by the strand jack and crawler crane.”

Once on the shaft floor below, the HT500, which can be used to move almost all types of heavy loads, combined with Hydra-Slide’s 250-ton capacity JS250 “Up ’N Go” load shoes that are engineered as an add-on to the standard HT500 track. The shoes can be connected hydraulically with any number of other units, increasing the system capacity to multiples of 1,000 ton while maintaining equal load support and weight distribution between all points. The skidding system and load shoes were operated with a Hydra-Pac synchronous diesel pump, also supplied by Hydra-Slide.

Sever said: “The advantages of using the “Up ’N Go” skid shoes were two-fold. First, we were able to increase the capacity of the HT500 to 1,000 Tons [the total assembled weight of the boring machine was 671 tons] and, second, they offered us finite final placement and alignment capabilities. The HT500 and “Up ’N Go” load shoes added efficiency in setup, skidding, lifting and lowering operations.”

The S.A. Healy-Salini Impregilo signed a contract to build the Dugway Storage Tunnel, which is 4.5km-long, with a diameter of 8m. To that end, the boring machine is already in full operation with tunneling well underway. The project is scheduled for completion in Q1 or Q2 2018. 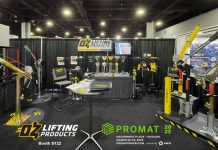