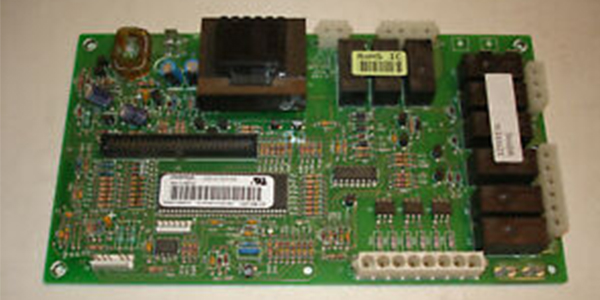 Invensys Appliance Controls, with headquarters in Carol Stream, Ill., can trace its roots back to the 19th century with pioneers in the controls industry: the Robert Shaw Company and the Singer Company. IAC is part of Invensys plc, a $10 billion multinational business with shares traded on the London Stock Exchange. Invensys is the global leader in the management of production and energy resources that specializes in helping customers improve their performance across a focused span of industries. Within Invensys, Appliance Controls plays a key role in the Energy Management Division, a vital group of businesses that focus on customer solutions ensuring the efficient use of energy and natural resources. IAC operates with more than 6,000 employees in every major region of the world. Its focused sales, engineering and production teams work closely with customers serving the North American, European, South American, Australian and Asian appliance markets.

Controls that Reinvent Appliances
“We are the world leader in most of our markets. We’ve been doing it longer than anyone else,” said IAC Vice President Keith J. McLeod. “We do a lot of partnering with our customers. They come to us because they realize we have extensive knowledge and expertise.” Along with the research and development operations in Carol Stream and Michigan, the group’s international, interfunctional teams are working around the clock on ideas that are changing the very nature of appliance controls, McLeod said. Controls are being developed to make appliances practically think for themselves, allowing them to go where no appliances have gone before.

Refrigerator controls save energy by sensing and calculating exactly when the freezer needs defrosting. Gas stove controls know when the flame has gone out and relight it and ovens are being equipped with igniters that last practically forever.

Cooktop controls bring water to a boil 22 percent faster and then hold it to a slow simmer. IAC has brought appliance control technology to a new threshold. For probably the first time since appliances were invented, the group is thinking very seriously about how to reinvent them – to combine functions; to have them work together; to make entire homes smarter.

Catering to a World of Different Tastes
Around the world, people shop for food, cook their meals and wash and dry their clothes – but in different ways, according to their various tastes. North Americans, for example, like big appliances. Europeans, Asians and South Americans prefer smaller ones. Europeans feel they don’t need frost-free refrigerators, but Asians do because of the humid conditions they live in.

As a global organization, Invensys has insights into the marketing problems that appliance manufacturers face in the nations that comprise their marketplaces. And as a company that works across functional and geographical boundaries, Invensys can make use of developments in one market to help solve application challenges in another.

An example of this is the cooperative effort of IAC’s European and American engineers in modifying the firm’s Trimline electronic time and temperature control to satisfy the preferences of the European consumer. The smooth surface controls were replaced by pushbuttons allowing for a smaller control unit that suits the preferred smaller ranges. The conversion reduced the number of parts and brought the cost down to the level of mechanical controls. Other design improvements achieved will make the next generation of controls for the U.S., Australia and New Zealand markets even better.

Four-Function Focus
Heat, cold, wetness and dryness. These are the four functional conditions that Invensys appliance controls are traditionally designed to manage, all within the broader challenge of continuously improving energy efficiency. The firm’s product development and engineering teams are organized according to these functions and are increasingly crossing regional business lines to eliminate wasteful duplication. More important, significant design advances are encouraged and empowered as the ideas are applied across national borders.

Development teams in refrigeration, cooking, laundry, dishwashing and specialty products, study the differing requirements of consumers and manufacturers around the world and compare those requirements to existing Invensys products, using the company’s global resources to fill in any gaps. Invensys makes electronic and electromechanical appliance controls on five continents in ISO 9001-certified plants. But, though manufacturing locations may vary, manufacturing techniques do not.

Every plant uses lean supply chain and manufacturing techniques to minimize inventory, eliminating the need for large warehousing and record-keeping overheads. Of greater importance from the customer’s perspective, these techniques enable the early detection of defects in supplies that can otherwise result in bad part searches long after delivery.

Lean production disciplines, worker empowerment and cross-functional teamwork eliminate waste and delays and avoid the environment where you might hear a worker say, “It’s not my job.” Employees have been empowered to use their eyes, ears and, most important, their minds to spot defects and to devise better approaches. Technicians are encouraged to become part of the creative team and to exchange ideas with other departments in their plants and on the other side of the world. Cross-functional teams comprising marketing, design engineering, manufacturing and quality control work individually and meet weekly to promote a comprehensive point of view. The result has been significant progress toward a truly lean and customer responsive enterprise.

Present and Emerging Markets
As a leading manufacturer in the international commercial appliance controls market with a complete line of electronic and electromechanical components, controls and systems, Invensys pioneered the use of thermostatic controls in commercial applications during the 1940s. The company also was the first to make a 100-percent gas system – and it’s still the only company that can. IAC has patents on fail-safe oven controls, bit-encoded switches and electrically operated microwave oven controls. It has designed systems that combine individual controls, thereby reducing parts, space requirements and costs while improving reliability.

Still, according to Keith McLeod, “Most of our business is with the white goods industry which is dominated by four or five major players.” A very large proportion of the company’s sales are with GE, Whirlpool, Electrolux and Maytag, he said, adding the competition is “severe and intense” in a market in which, besides quality, the biggest thing driving OEM sales is price.

Emerging markets promise to be the industry’s principal source of future growth, according to an Invensys analysis report. But appliance manufacturers are cautioned to enter those markets with the right products or face serious consequences. “Whether you’re making washers, dryers, ranges or refrigerators for emerging markets,” the report states, “the most important thing to make is no mistakes.”

The company recommends controls simple enough for consumers buying their first appliances and reliable enough for regions where trained appliance repairers may be few and far between. The report cites Invensys’ opening of three controls plants in Brazil in 1997, before the original equipment manufacturers built their plants there. A similar strategy was followed later in Asia.